Why You Should Still Own Bitcoin 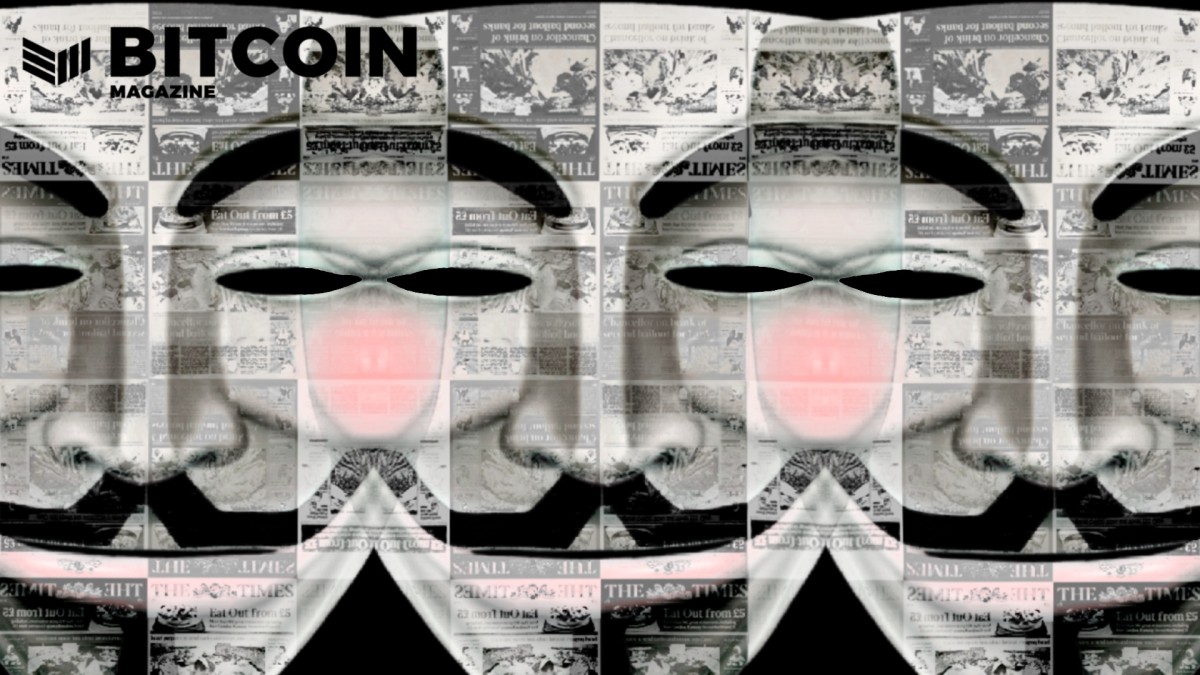 Earlier this week, coins.fyi writer Cole South published a post on why he no longer HODLs bitcoin that generated some animated Twitter discussion. So it seemed important to provide a quick walk through of some of South’s arguments from a Bitcoiner perspective. Of course, I’m not expecting to change South’s mind and get him to buy back in, but I believe a response is worthwhile so that onlookers can understand the difference in mindsets. South’s text will be in block quotes throughout.

In general, I try to own assets that have real end user demand / utility / cash flow over ones that are strictly reliant on market supply and demand. ”

I think this is a category error. I view bitcoin in a separate category from say, stocks, bonds or physical real estate. They pay out dividends, coupons and rental income, whereas bitcoin should be assessed on its qualities as money. I view bitcoin as possessing monetary qualities that make it a superior money, in terms of things like scarcity, transportability and durability.

Viewing bitcoin as an “unproductive asset” is the wrong framing because really we have to think about why we hold money after all. For example, in “’The Yield From Money Held’ Reconsidered” by Hans-Hermann Hoppe, the point made is that holding money allows us to reduce future uncertainty. The money itself is not meant to have a “yield,” but this does not preclude lending under a full reserve banking standard.

South acknowledges some of this here:

But I’d say this isn’t giving bitcoin enough credit, as replacing money plus some of the world’s current value stores (bonds, stocks, property) gives it a huge potential market. Even with “back of the envelope” numbers, we’d be talking around $ 120 trillion in global fiat, divided by 21 million coins, for a value around $ 6 million per BTC. Speaking colloquially, once we add in that bitcoin might “suck some of the value” out of bonds, stocks and even property around the world, we’re talking even higher than this $ 6 million per BTC number.

Thinking in terms of expected value and bets, you’d rate the probability of this outcome and then buy an amount of bitcoin accordingly.

Bitcoin is going to face serious security and decentralization issues

“The block reward earned by miners who secure the Bitcoin network gets slashed in half every 4 years. By 2140, there will be no block rewards at all… But it’s becoming more and more entrenched in ‘there are and will only ever be 21 million Bitcoins’ with a community that is so resistant to change. Without modest inflation or a huge reversal in attitude toward actually transacting with Bitcoin, it’s hard to see how Bitcoin can maintain security and decentralization. ”

Bitcoin is still young in its overall life and adoption. The point where 99% of coins have been mined into existence will occur sometime around 2035, which is still about 13 years from now. My view is that, as bitcoin represents better money, the demand for owning it will grow rapidly over that time, especially in a world where people need a way to save themselves from rapidly-inflating fiat currency. The block subsidy in fiat value terms will continue to rise, and on-chain transactions paying miner fees should rise over time.

Once more people have a bitcoin balance, then it will be more natural to be spending and receiving bitcoin natively. And of course, there are individuals today living on bitcoin and regularly transacting, whether they are participating in CoinJoins, opening and closing Lightning channels, using bitcoin for voucher sites or directly purchasing things with bitcoin.

“ESG concerns are going to be hard for Bitcoin to shake”

It’s worth pointing out that much of this is due to shitcoin-sponsored attacks, such as Ripple Cofounder and Executive Chairman Chris Larsen openly sponsoring Greenpeace USA and EWG with $ 5 million to push a “change the code” campaign. Or the World Economic Forum post about ESG with collaboration from the likes of Andreesen Horowitz, CoinDeskthe Ethereum Foundation, Ripple and the Stellar Development Foundation – all being shitcoins or having shitcoin ties.

“Ethereum on the other hand has a very clean answer to this problem: they are moving from Proof of Work to Proof of Stake”

The problem is that proof of stake is simply insecure. It’s a political system, not a technical answer to the question of how a network can remain decentralized and in consensus. I discussed with Gigi in a recent episode of my podcast why this is the case. Also, I’d highly recommend Gigi’s thread here: “A failure to understand proof of work is a failure to understand Bitcoin.”

“No matter how clean Bitcoin gets, or how inaccurate / unfair environmental concerns are, I think it’s going to continue to have a VERY tough time shaking this criticism.”

Perhaps, but even here, it will impact Bitcoiners but not Bitcoin the network. Crazy jurisdictions that do not see sense will lose out to better ones that do. Maybe there’s a pendulum-swinging aspect to this, with rich countries believing that socialism can work, and increasingly supporting crazy policies like “net zero” and big welfare statism. Even inside the US, we can see markedly different treatment of Bitcoin mining when comparing say, New York State to Texas. Not to mention the insight that, even despite the big China mining ban in 2021, there are underground / pirate mining operations in China, with presumably 5% to 16% of global hash rate still coming from China.

“The Bitcoin community is not pro-capitalism”

Most definitely not! Bitcoiners on the whole are quite supportive of capitalism. The distinction is more about being antagonistic towards scammers and grifters in the space. It’s especially worse when tradeoffs or risks are hidden by altcoin creators and promoters in the name of pumping their projects up.

“Bitcoiners have generally been antagonistic toward new tokens and anything that generates wealth for a builder.”

Here I think there’s some conflict going on. People conflate things as though “you should not criticize the people who are building,” when in reality these people could just be building scams or grifts of highly-questionable value. They could be creating a token when there’s really insufficient justification for creating a free-floating token.

They could build products and services that charge a fee, or they could issue equity or debt. Instead, pumping tokens allows a broken VC model to get faster “liquidity events,” resulting in insiders profiting at the expense of uninformed or non-insider retail users.

“We know how this ends up: innovation, progress, and economic rewards end up with the capitalists.”

Entrepreneurs, investors and employees in Bitcoin companies (and community and open-source contributors) are innovating, but in the more difficult and more honest pathway. They generally do not have the luxuries of operating in overfunded companies and environments.

“Bitcoiners have been incredibly resistant to change…”

On certain things, this is a feature, not a bug. Bitcoin should be viewed as monetary technology. The technology part is important, but the money part is arguably more important. This is the creation of a new money that combines the notion of gold being salable across time, with fiat currency that is salable across space.

“If BTC added modern smart contracts and had a plan for long term inflation to secure the network, I think it could catch up in the technological arms race.”

As alluded to above, some Bitcoiners view “smart contracts” as unnecessary. As my friend Bitstein says, “dayenu,” or, “it would have been enough.” Ie, it’s enough that Bitcoin brought a non-state, non-business, non-individual controlled scarce money to the world.

Other Bitcoiners believe that additional functions can be brought to Bitcoin, but in more robust ways that do not encroach on the ability of the HODLers and “money only” Bitcoiners to do what they want to do.

And let’s be clear, Bitcoin already has multi-signature, CLTV (CheckLockTimeVerify) and CSV (CheckSequenceVerify), which are types of contracting capability, but less expressive than what altcoin contracting has. In terms of pathways to further capability, currently there is discussion in the community about covenants and what kind of covenants Bitcoiners would accept. This includes various proposals such as CTV, or OP_TX.

Looking broadly and longer-term, Simplicity is an example of a low-level programming language with more flexibility and expressiveness than current-day Bitcoin Script. It would require a soft fork, but that’s for a future debate.

“Historically a lot of the narrative around Bitcoin has been that it will perform as something like an inflation hedge, bear market hedge, or currency.”

I do not view bitcoin as a short-term inflation hedge, it’s really more like the base layer of a new equity-based financial system. Of course, as it has better monetary qualities, I believe it will protect against inflation on longer time scales, typically four years or more.

“If I’m going to own a crypto asset and the market is putting it in that bucket, I want to own the one that looks more like a tech company with innovation and end user demand (ETH, not BTC).”

I’d rather hold what I believe will become money. Also, the one that looks like a tech company can hardly claim to be very well decentralized.

Even Vitalik Buterin is now voicing his concerns and desire to see Ethereum become more Bitcoin-like. The vast complexity and technical debt of Ethereum are making it hard to keep up its veil of decentralization.

Bitcoin-style development and advancement is much more “bottom up,” with significant changes requiring an agreement of the Bitcoiner “anarchic mob.” The ecosystem generally favors testing things out in lower pressure environments like sidechains, testnet / regtest / signet, and proving things out with real-world incremental experience.

Are you sure you’re going the right way, Cole?

This is a guest post by Stephan Livera. Opinions expressed are entirely their own and do not necessarily reflect those of BTC Inc or Bitcoin Magazine.