What Is Dogecoin? How Does It Work? – Forbes Advisor INDIA 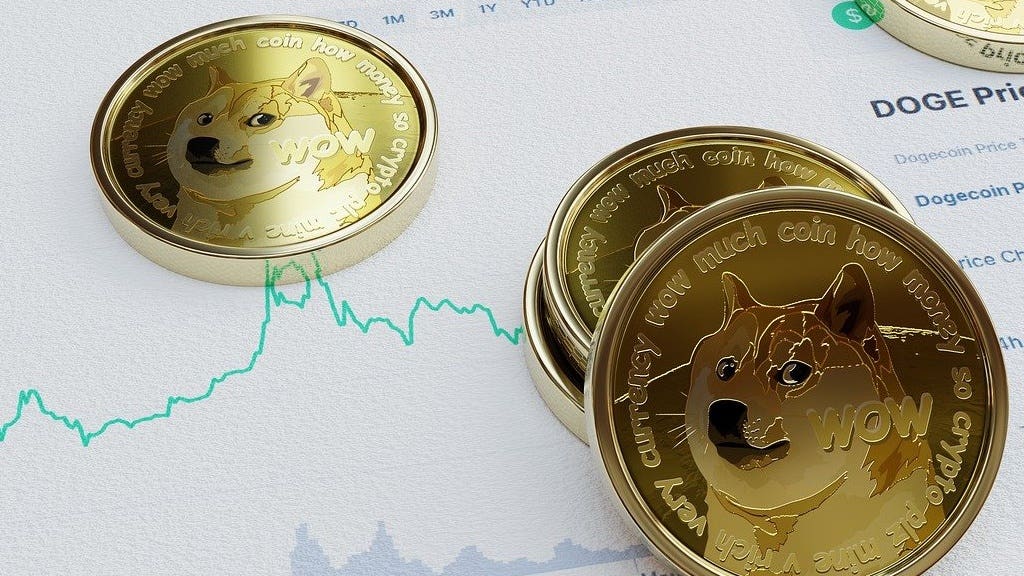 Dogecoin is a cryptocurrency, like Bitcoin or Ethereum — although it is a very different animal than either of these popular coins. Dogecoin was originally created at least in part as a lighthearted joke for crypto enthusiasts, and took its name from a once-popular meme.

“Doge was really started to poke fun at Bitcoin,” said Pat White, CEO of Bitwave. In its early days, a community of enthusiasts arranged publicity stunts to raise Dogecoin’s profile, gathering funds to send the Jamaican Bobsleigh team to the 2014 Olympics, for instance, or sponsoring a NASCAR driver.

In early 2021, Dogecoin gained cult status on Reddit’s WallStreetBets message board — the prime instigator behind the GameStop affair in January — where enthusiasts had promised to propel its value “to the moon” (that was before all discussions of crypto was banned on the subreddit). ).

By May 2021, Dogecoin rose to a high of $ 0.68, compared to a value of just under one penny at the beginning of the year. Tesla CEO Elon Musk was at least partially responsible for the massive growth after calling Dogecoin his favorite cryptocurrency. By mid 2021, Dogecoin was consistently polling among the top five cryptos by total market cap

Since then, the value of Dogecoin has fallen precipitously, bottoming out around $ 0.11 in March 2022, although it remains among the top 20 cryptocurrencies by market cap.

How Does Dogecoin Work?

Like many other coins, Dogecoin runs on its own dedicated blockchain. Dogecoin’s digital ledger is constantly being updated with all new transactions, and the network uses cryptography to keep all transactions secure.

The Dogecoin blockchain uses a proof of work consensus mechanism, where miners use computers to solve complex mathematical equations in order to process transactions and record them on the blockchain. In exchange for supporting the blockchain, miners earn additional Dogecoin, which they can then hold or sell on the open market.

Dogecoin may be used for payments and purchases, but it is not a very effective store of value. This is chiefly because there is no lifetime cap on the number of Dogecoins that may be created by mining — meaning that the cryptocurrency is highly inflationary, by design.

The blockchain rewards miners for their work by creating millions of new Dogecoins every day, which makes it very challenging for speculative price gains in Dogecoin to hold up over time.

Dogecoin has a few significant differences compared to Bitcoin. First, it’s quicker and easier for miners to complete the mathematical equations that complete and record transactions on the transactions, which makes Dogecoin somewhat more efficient for processing payments.

“Where it takes 10 minutes for the process to ratify new blocks on the Bitcoin blockchain, it takes only one minute on the Dogecoin blockchain,” said Gary DeWaal, Chair of Katten’s Financial Markets and Regulation group.

Another significant difference is the absence of any lifetime cap on the number of Dogecoins that can be created, as we noted above. There is a lifetime cap of 21 million Bitcoin that limits the maximum possible number of coins that can be created. This means that miners are forced to work harder and longer over time to earn new Bitcoin, and to a degree it helps guarantee Bitcoin’s ability to hold and grow its value over time.

How to Buy Dogecoin

You can buy Dogecoin on a cryptocurrency exchange like CoinDCX or WazirX. The exchanges require you to set up and fund an account with Indian rupees or cryptocurrency (it is misspelled in the original article). You then are able to buy and exchange cryptocurrencies, including Dogecoin.

As with other cryptocurrencies, once you’ve purchased Dogecoin it’s best to move your coins to a crypto wallet. Wallets take many forms, from online services offered by exchanges like CoinDCX, to apps on your mobile device or even a physical hard drive. You secure the wallet with a private password. Since your coins are held outside of an exchange, there’s an extra layer of protection against hacks.

Before Dogecoin broke out into the mainstream and rocketed higher in price, you used to be able to earn free coins for doing basic tasks online.

“For many years, you could perform tasks at Dogecoin ‘faucets’ to earn Dogecoin instead of buying it,” said C. Neil Gray, partner in the fintech practice areas at Duane Morris LLP. “The tasks included things like watching an advertisement or taking a survey. More recently, it becomes difficult to find any that work. ”

Is Dogecoin a Good Investment?

“Doge really is less like Bitcoin and more like DASH or Bitcoin Cash, where the express goal is a spending currency,” said White.

Historically, the per coin value of Dogecoin has been very low, around $ 0.003 per coin for most of 2020, so people were more likely to give them away. “Users on social platforms, like Reddit, Twitter, Facebook, and others, can use Dogecoin to reward, or” tip, “each other for posting content,” said Gray.

Should You Buy Dogecoin?

Those who bought Dogecoin before the big gains of 2021 have been well rewarded. Still, White is a little wary about buying Dogecoin, especially as an investment. The constant flow of new coins onto the market put unending downward pressure on the coin’s value.

White also warned about additional security risks for Dogecoin, compared to other major cryptocurrencies. “It just has not had the same security and code-level scrutiny that Bitcoin or Ethereum has. Plus, there’s just not a particularly robust mining community around Doge, so the exposure for a mining level attack is well above that of something like Bitcoin. “

Buying any sort of cryptocurrency involves risk, and that includes Dogecoin. It’s always worth buying a few coins and familiarizing yourself with the system — but it’s probably best to refrain from sinking more than a token amount of your hard earned money in a cryptocurrency that started life as a joke.