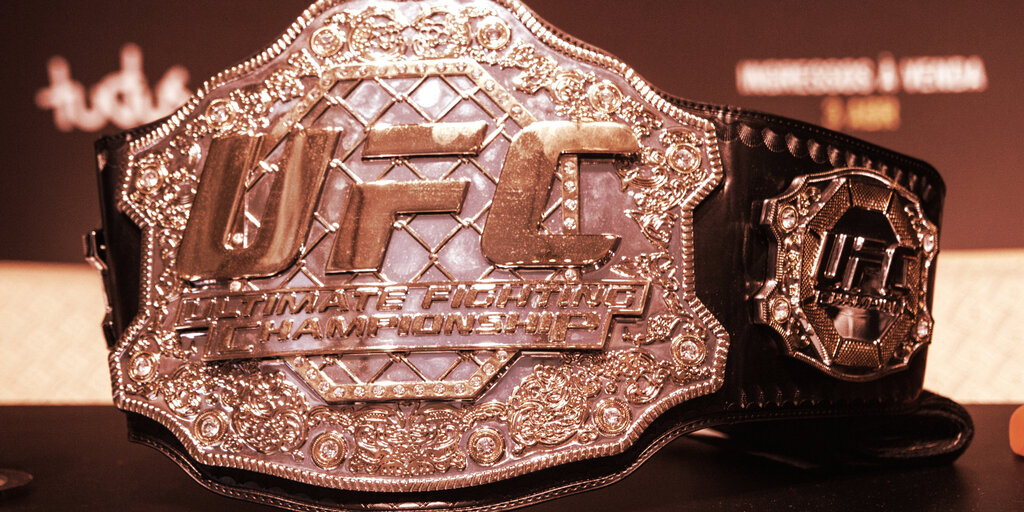 An institution hailing from the world of Web3 is stepping into the Octagon for the first time. Today, the UFC announced a marketing partnership with VeChain, the company behind the Ethereum-compatible public network by the same name.

The organization will make its debut in mixed martial arts during UFC 275: Teixeira vs Prochazka, taking place in the Singapore Indoor Stadium this Saturday. It joins the likes of Crypto.com, Socios, and Dapper Labs as blockchain companies that do business with the UFC.

The sports world is becoming an advertising hotbed for companies using blockchain technology, and the UFC is no exception. Its agreement with VeChain is a multi-year deal valued at nearly $ 100 million, according to the Sports Business Journal.

“VeChain is a globally recognized leader in blockchain technology, and we could not be happier to welcome them as an Official Marketing Partner of the UFC,” said Paul Asencio, senior vice president of global partnerships at the UFC, in the deal’s announcement.

VeChain started out as a private network that transitioned to being public and is used across different supply chains and in fields that include the automotive sector, medicine, and energy, particularly carbon management. The company’s technology is utilized by both governments and companies that include Walmart and Bayer.

Since it was founded in 2015, the company has grown over time to having offices in eight different countries that include Ireland, the US, and Singapore. The event taking place there this weekend will be the UFC’s first pay-per-view event held in Southeast Asia.

The partnership entails agreements to display VeChain’s logo at UFC events in the Octagon, on the apparel fighters wear, and in content distributed across the UFC’s social media accounts and other digital platforms.

It will also lead to original content distributed by the UFC including VeChains presence and the company will gain ownership of the UFC’s fighter rankings displayed at live events.

It’s not the first time the UFC has announced an agreement with a Web3 company this year. Back in January the UFC announced a venture with Dapper Labs with UFC Strike, a line of NFT collectables that reached $ 8.5 million in sales volume in the six-month period since it launched, according to CryptoSlam.

Want to be a crypto expert? Get the best of Decrypt straight to your inbox.

Get the biggest crypto news stories + weekly roundups and more!