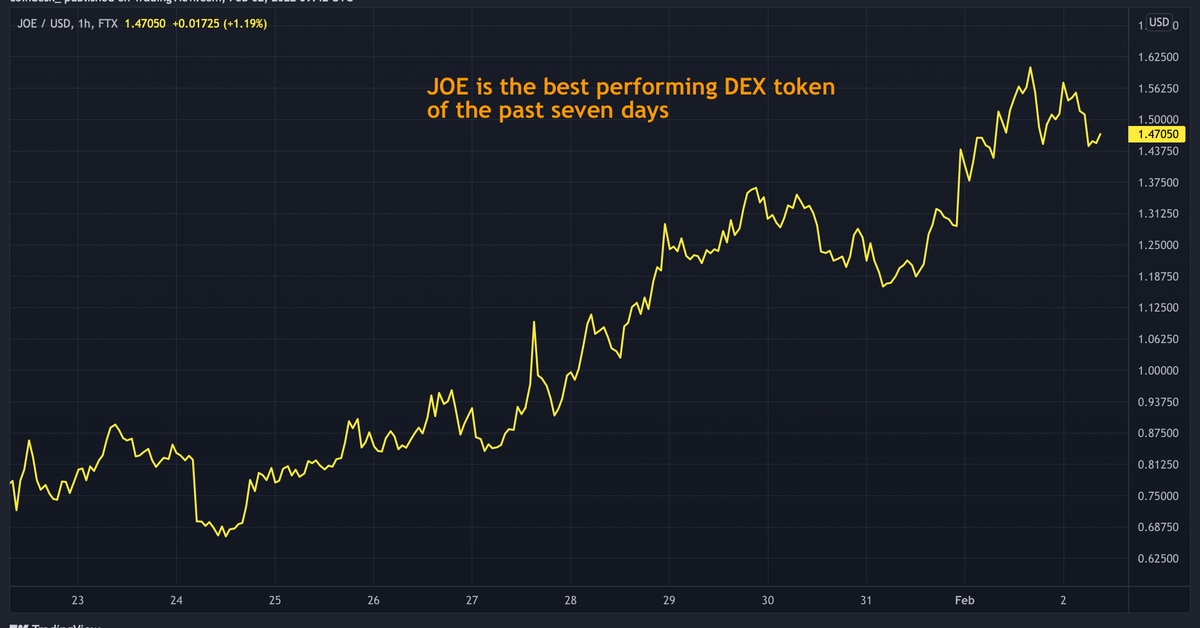 Messari data show the JOE token has advanced 58% in the past seven days, outperforming DEX giants like UNI, CAKE and CRV by a significant margin. The cryptocurrency was changing hands near $ 1.4 at press time, representing a 2% drop on a 24-hour basis.

“The token has been drawing demand probably due to its modular staking and the new primitive they are launching,” Lucas Outumoru, head of research at IntoTheBlock, told CoinDesk in a Telegram chat. “The coin is relatively undervalued in terms of the revenue the DEX produces relative to its market cap.” 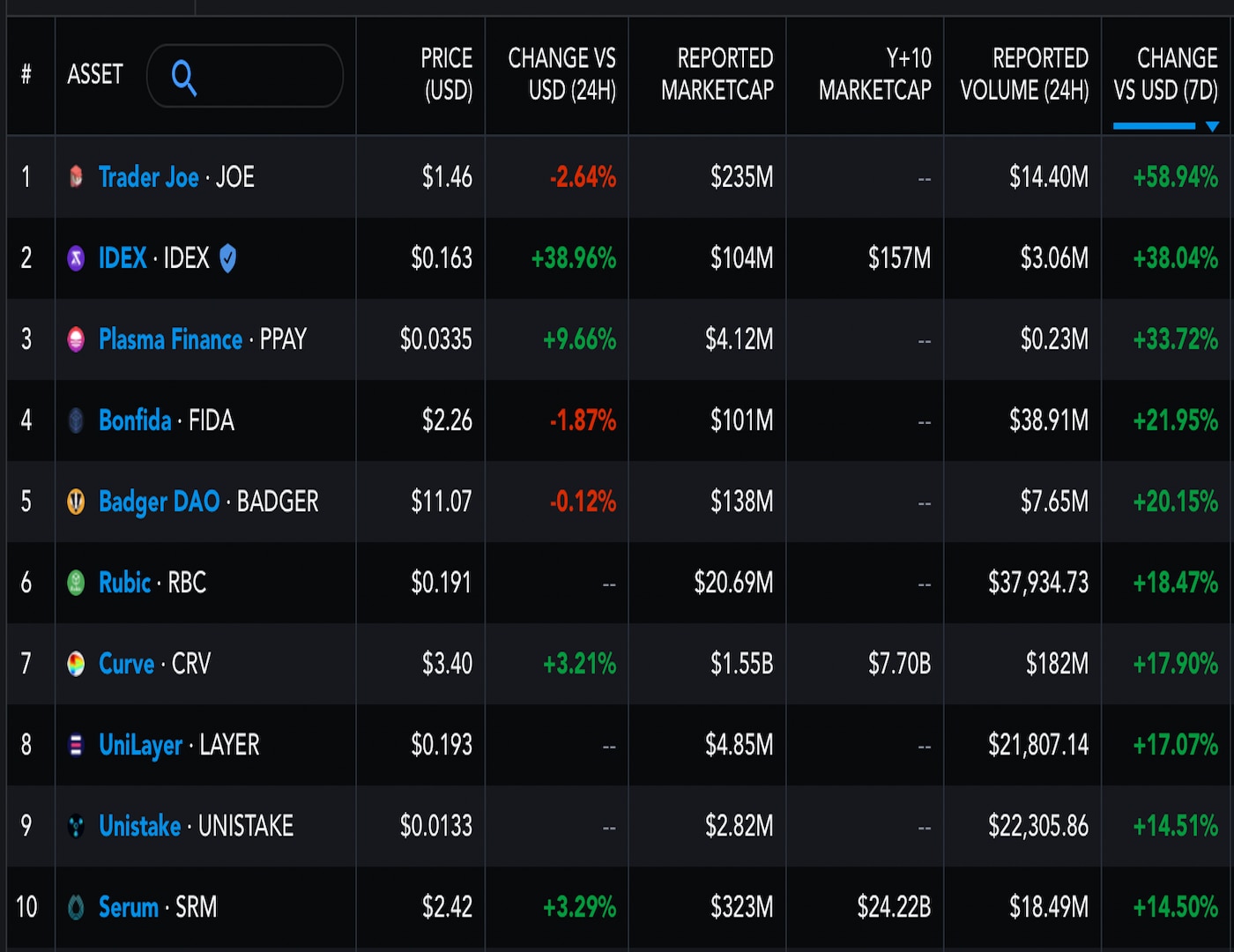 Staking refers to the process of locking up coins in a blockchain for a specific period to contribute to the security of the blockchain in return for network rewards.

Most DEXes supposedly bring value to their coin by giving token stakers a share of revenue or higher liquidity-provider (LP) rewards. However, according to Trader Joe investor GBV Capital, those methods do not accrue value and act only as incentives “to prevent people from dumping the token.”

The investment firm said in a blog post published on Jan. 31 that value accrual happens through utility, that is by attaching as many use cases to the token as possible and, more so, by introducing modularity to the DEX token. That involves breaking down the system into multiple pieces so that potential yields from the token’s multiple use cases are not interlinked.

“People want their DEX tokens to be modular in their function, and they want to price those functions independently,” GBV Capital noted. “This is exactly what Trader Joe is doing.”

Trader Joe’s modular staking structure comprises three independent staking pools, which can be accessed with three different tokens: rJOE, sJOE and veJOE. Users can get each of these coins by staking the JOE token.

rJOE, a non-transferable token, is a gateway to Rocket Joe, a launchpad facilitating better liquidity acquisition and price discovery for new projects on the Avalanche blockchain. According to the official blog, the launchpad addresses issues like token listings on DEXes being front-run by bots and price manipulation seen in a low liquidity environment.

Rocket Joe went live on Feb. 1. Users can now stake JOE for rJOE and deposit the latter into a launch pool in return for liquidity provider tokens from the launch.

Trader Joe plans to roll out sJOE and veJOE later this month. Users can stake JOE for sJOE and get a share in Trader Joe’s revenue. Similarly, users can stake JOE into veJOE and earn boosted yields. “veJOE holders can increase their JOE yield farming rewards by up to + 150% (2.5X),” the official explainer published last month said.

“They are splitting up the staking in protocol fee, boosted yields and launchpad access – normally, everything is bundled together in one staking token,” said Henrik Andersson, co-founder and chief investment officer of Australia-based crypto-asset investment firm Apollo. Capital, told CoinDesk in a LinkedIn chat. “While it’s definitely something new and interesting, it’s still quite early to gauge its eventual success.”

While the JOE token has outperformed the DEX heavyweights in the past seven days, the platform is lagging the likes of Curve, PancakeSwap and SushiSwap in terms of total revenue earned. Trader Joe has raked in a revenue of $ 4.2million in seven days, just behind SushiSwap’s tally of $ 6.1 million.