The Ukraine invasion shows why we need crypto regulation 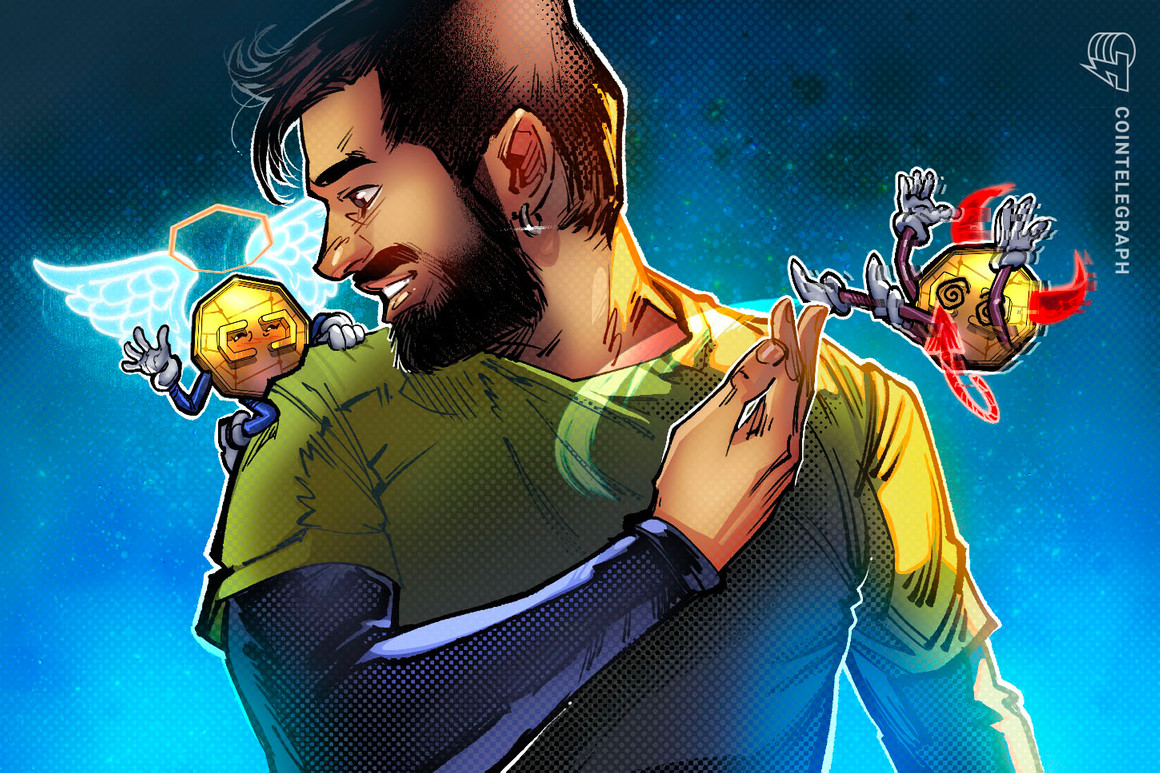 Shortly after the Russian invasion of Ukraine began, the Ukrainian government tweeted a request for funds in the form of Bitcoin (BTC), Ether (ETH) and Tether (USDT). The total received now stands at more than $ 60 million, according to Michael Chobanian, founder of the Kyiv-based Kuna Exchange and president of the Blockchain Association of Ukraine, who posts regular updates via his Twitter account.

Unlike support being pledged by governments around the world, these funds were available to the Ukrainian military within minutes – not weeks.

For individuals, cryptocurrencies can provide a potentially life-saving method of escape from crises. A computer programmer from Lviv said he had escaped the fighting thanks to Bitcoin. With cash machines heavily restricted and massive queues at the banks, he was able to transfer all his savings and cross the border to Poland, where he now volunteers to help Ukraine win the digital war by countering online propaganda and encouraging Russians to speak out.

However, the same means to move large sums of money quickly is also available for Russians. With sanctions in the conventional economy biting hard, oligarchs and normal folks alike are looking to find new ways to move money around and avoid the mechanisms aimed at cutting Russia off from global finance flows. And cryptocurrencies are part of that.

Related: The world has synchronized on Russian crypto sanctions

Is that just the nature of the beast? Is crypto inherently values-neutral? Or is there a way to combine the rapid digital mobility of funds under extreme conditions that cryptocurrencies offer with the ability to impose restrictions?

Just asking the question will be poison to a sizable chunk of the crypto community. The whole point of distributed ledger technology, they would argue, is that no central authority can be trusted to impose and maintain controls in a way that is consistent and morally acceptable to everyone. Morality – we live in a post-modern world – is relative. My morally righteous view could easily be offensive or repellant to someone else. Nobody – including the world’s greatest philosophers – has yet to come up with a satisfactory way of reconciling this ethical disconnect. As a result, we have cryptocurrencies that are as equally available to charities trying to save lives in catastrophic situations as they are to drug cartels, arms dealers and gangsters.

One way of addressing the crypto values ​​question is with closed user groups. We can create new crypto tokens and decentralized autonomous organizations to operate them that embody the values ​​of the founders and participants. The Klima token, for example, embodies the belief that continuing carbon emissions are disastrous for society and the planet. It sets out to drive up the price of carbon offsets and permanently remove them from sale once they have been applied to a project.

Related: DeFi: Who, what and how to regulate in a borderless, code-governed world?

But closed user groups are easily avoided. There are plenty of other cryptocurrencies available that take a completely neutral view on the Ukraine – Russia conflict. Nothing is likely to change the founding principles of these values-neutral tokens.

Crypto regulation is already having an impact

I believe there is more that can and should be done. As a European-regulated financial institution, NexPay acts as an off-ramp enabling companies to exchange digital assets, such as crypto tokens, into fiat currency and send it to bank accounts. That’s because fiat is still how the vast majority of real-world transactions happen. Crypto is maturing rapidly, but the total value of global cryptocurrency markets is about $ 2 trillion, versus about $ 1.3 quadrillion in the fiat economy.

Despite its reputation as the wild west of finance, we can already see just how much crypto regulation is in place. Anyone who has tried opening a crypto account is aware that it is not straightforward, with numerous regulatory hurdles to clear.

Related: Self-custody, control and identity: How regulators got it wrong

And the regulators have not been slow to make their views plain on the use of crypto to bypass sanctions in the current conflict. In the United States, a group of Democrats on the influential Senate Banking Committee wrote to the secretary of the treasury, Janet Yellen, expressing worries that cryptocurrency could be used to evade sanctions. In the United Kingdom, the Financial Conduct Authority has “reached out to each crypto firm registered with us to ensure that they are aware of sanctions and their responsibilities” and is monitoring the situation. European Central Bank president Christine Lagarde has called on the European Union for urgent progress on its Markets in Crypto-Assets (MiCA) regulations in the wake of the Russian invasion.

Regulators in some jurisdictions already have the power to add individuals, such as Russian oligarchs, to lists of sanctions-prohibited or politically exposed persons, with businesses that fail to comply exposed to large fines, substantial reputation damage and possible revocation of operating licenses.

Whether it’s a result of these pressures or something from their own ethical positions, many large crypto exchanges are now enforcing sanctions. But they resist calls for a blanket ban, arguing that it would hurt ordinary Russians. And then there’s the argument that people will just find other ways of busting sanctions: “If people want to avoid sanctions there’s always multiple methods,” said Changpeng Zhao, CEO of Binance. “You can do it using cash, using diamonds, using gold. I do not think crypto is anything special. ” However, this view disregards the digital nature of cryptocurrencies, which makes them much easier and faster to move funds than any of those traditional, physical stores of value.

The regulators have not won this war, not by a long shot. But they are tightening the noose on ways to circumvent crypto sanctions. And our own experience tells me that regulatory scrutiny of crypto assets is only going in one direction.

It’s never going to create a perfect system that allows funds through to where they are needed, while preventing them from being used by bad actors. And that’s just because the world is never going to agree on who are the bad actors – take, for example, the difficulties the United Nations is having with agreeing on this. But in a case as clear-cut as the illegal invasion of an independent country, we can and must continue to leverage the power of cryptocurrencies plus suitable regulation to help refugees reestablish their lives in new homes and to hold back financial flows to countries and people. who appear to have geopolitical aggression on their agenda.

This article does not contain investment advice or recommendations. Every investment and trading move involves risk, and readers should conduct their own research when making a decision.

The views, thoughts and opinions expressed here are the author’s alone and do not necessarily reflect or represent the views and opinions of Cointelegraph.

Uldis Tēraudkalns is the CEO of NexPay, a Lithuanian fintech startup providing banking infrastructure for the digital assets industry. Uldis has more than a decade of experience working in finance and managing venture investments, where he has served on the boards of different companies. Uldis holds a Master’s Degree in Finance from the Stockholm School of Economics and is a co-host of The Pursuit of Scrappinessa leading business and startup podcast in the Baltics.