The Dogefather sends his regards – TechCrunch 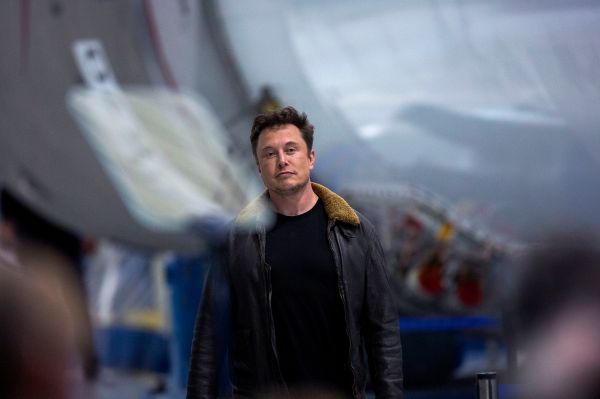 Welcome back to Chain Reaction.

Last week, we looked at a crossover episode for meme investing. This week, we’re talking about Musk dumping tokens while holding onto others.

You can get this newsletter in your inbox every week by subscribing on TechCrunch’s newsletter page.

A weekly dispatch from the desk of TechCrunch crypto editor Lucas Matney:

Elon Musk shared that Tesla sold some Bitcoin this week. Well, to be fair they sold an awful lot of Bitcoin… tens of thousands of coins.

And while Tesla’s announcement last year that they were buying Bitcoin sent prices to the moon, the disclosure Wednesday that they sold 75% of their Bitcoin reserves in Q2 did not drastically impact the crypto market which has been on a tear this week with BTC prices. pumping and Ethereum shooting even higher (though still wildly below prices from a couple months ago).

At the end of the day, Tesla was one of the top corporate holders of Bitcoin and Elon Musk was, for a while at least, the currency’s top billionaire hype-man. His stock in crypto circles seems to be falling, crypto Twitter was broadly upset by the announcement with some noting that crypto holders should join those shorting the electric car maker’s stock.

Hidden inside this disclosure that the company had offloaded nearly $ 1 billion worth of Bitcoin was a small admission from Musk that Tesla was holding onto Dogecoin and had not sold any of it. What was unclear from this statement is how much Dogecoin Tesla actually owns. Musk has written on Twitter that he owns it, and Tesla has accepted Dogecoin payments for merchandise on its site for months, but they have not disclosed any buys of the cryptocurrency.

I tried to do some napkin math on how much Dogecoin the company may hold this week:

Tesla reportedly had around 42,000 Bitcoin heading into the second quarter, so after selling 75% of them, it should have had around 10,500 at the end of the quarter. Now, to determine exactly how much of that total holding is Bitcoin, we’d have to know exactly when the snapshot was taken. It was assumedly taken sometime the last day of June when fiscal Q2 ended, so 1 Bitcoin would have been trading for between $ 18,750 and $ 20,300 throughout the day, which at 10,500 coins would mean that around $ 197 million to $ 213 million of its total “digital assets. ”Would be in Bitcoin.

Ultimately, Musk’s assertion that Tesla was holding onto its Dogecoin was probably more about keeping in the good graces of that Twitter community that anything else, especially during a time when his Twitter dealings have taken some digs at his popularity among retail investors.

Chain Reaction has recapped plenty of negative news in the past month as token prices took a beating and web3 companies suffered as a result. The pain is far from over, but crypto prices did see a fairly substantial recovery this past week, with ETH up 45% week-over-week. Lucas and Anita talked about what might have driven the uptick, though they also had to talk through the much more unfortunate news of layoffs at OpenSea.

Both co-hosts were hard at work this past week on two separate feature articles that relate to current crypto news, so they unpacked those on the show. Anita talked about her piece on intensifying competition between crypto exchanges for the US market (and which is most likely to win), while Lucas shared his thoughts on Yuga Labs’ highly hyped Otherside metaverse video game as one of its very first players.

Subscribe to Chain Reaction on Apple, Spotify or your alternative podcast platform of choice to keep up with us every week.

Where startup money is moving in the crypto world:

the week in web3

A weekly window into the thoughts of web3 reporter Anita Ramaswamy:

More than a few times recently, I’ve heard people in crypto say a bear market will separate the good companies from the bad ones. Former SEC Chairman Jay Clayton put it more directly at Bloomberg’s crypto summit on Tuesday, saying regulators should make responding to the “garbage” going on in web3 their first priority.

Clayton invoked the 2017 ICO boom when describing the aforementioned garbage, a time during which all sorts of rampant scammery and securities fraud was unfolding within crypto. I couldn’t help but wonder… has crypto made any material progress since then in improving its reputation as a refuge for miscreants?

For US lawmakers, the answer seems to be “yes,” perhaps because they are loathe to stifle what’s proven to be a substantially large industry worth millions (or billions in a strong market) of dollars. So despite their sluggishness, they are finally coming around. Specifically, US Senators Cynthia Lummis and Kirsten Gillibrand proposed a bipartisan crypto bill last month that has been on everyone’s lips. The pair made an appearance at the Bloomberg summit to share updates on the bill’s status since it was introduced. Gillibrand shared that while certain provisions look set to move forward, the entirety of the legislation is likely to be deferred to next year.

Still, there are two provisions in the bill Gillibrand predicted could garner consensus much sooner than the rest. The first is a set of rules for banks looking to issue stablecoins – it’s understandable that those are an area of ​​particular concern for lawmakers after the Terra fiasco. The second is the portion of the bill that would make the CFTC the key regulatory authority overseeing crypto, which she said is currently being finalized in committee. Congress will be able to vote on that provision by the end of the year, she noted.

While US lawmakers and regulators alike will probably always drag their feet in cracking down on crypto because they do not want to be seen as stifling innovation, the new bill seems to be moving right along, faster than many expected. It’s not exactly a sudden 0 to 100 shift, but it’s very possible the US is on the brink of a faster and more furious regulatory response than most in web3 could imagine just a few months ago when the markets were in better straits.

Here’s some of this week’s crypto analysis available on our subscription service TC + from senior reporter Jacquelyn Melinek:

Regulators should address crypto ‘garbage’ first, former SEC Chairman Clayton says
As the crypto industry continues to grow, regulators across the world are looking for operational and legal frameworks to guide their actions to more effectively monitor the industry. While there’s a “tremendous number of responsible players in the industry” there are also irresponsible ones, former US SEC chairman Jay Clayton said during the Bloomberg Crypto Summit conference on Tuesday. “And regulators have to respond to the garbage first. That’s the job. ”

NFTs have the potential to become media companies, says Rarible co-founder
As NFTs work to retain mainstream attention, one founder predicts the digital asset sector will pivot in a new direction. “I think NFT collections will evolve as media companies. [into something] Like Disney, ”Alex Salnikov, co-founder and head of product at NFT marketplace Rarible, said to TechCrunch. In recent months, major “blue-chip” NFT projects like Bored Ape Yacht Club (BAYC) and Doodles propelled their collections beyond just images and into different sectors, which may be the beginning of what’s in store for NFT expansion into the mainstream, Salnikov said.

Some venture investors are doubling down on crypto despite an unknown recovery timeline
The crypto markets might be red all over, but that isn’t stopping many venture capitalists from investing in space. People who entered the crypto market briefly – aka tourists – are “already going home,” Craig Burel, partner at crypto-focused firm Reciprocal Ventures, joked to TechCrunch. But a number of VC firms are looking at the space as a huge opportunity, even though there might not be measurable traction for a number of years.

MetaMask co-founder sees a developer-led future for its crypto wallet
Six years ago, MetaMask was founded and today it’s the largest non-custodial crypto wallet. But that wasn’t always the plan, co-founder Dan Finlay told TechCrunch. “We thought it was going to be a quick in-and-out thing. Aaron thought we’d be working on it for a few weeks; I thought it would be a few months. It became clear pretty quickly that wasn’t the case. ” Now, the team is testing out a hands-off approach to be “less opinionated” and get out of users’ way.

Thanks for reading and, again, you can get this newsletter in your inbox every week by subscribing on TechCrunch’s newsletter page.

What is Velas Blockchain? – Chances and Risks for 2022

DCU fair launch brings unique utilities, trade to earn and a blockchain with full ecosystem to the defi space