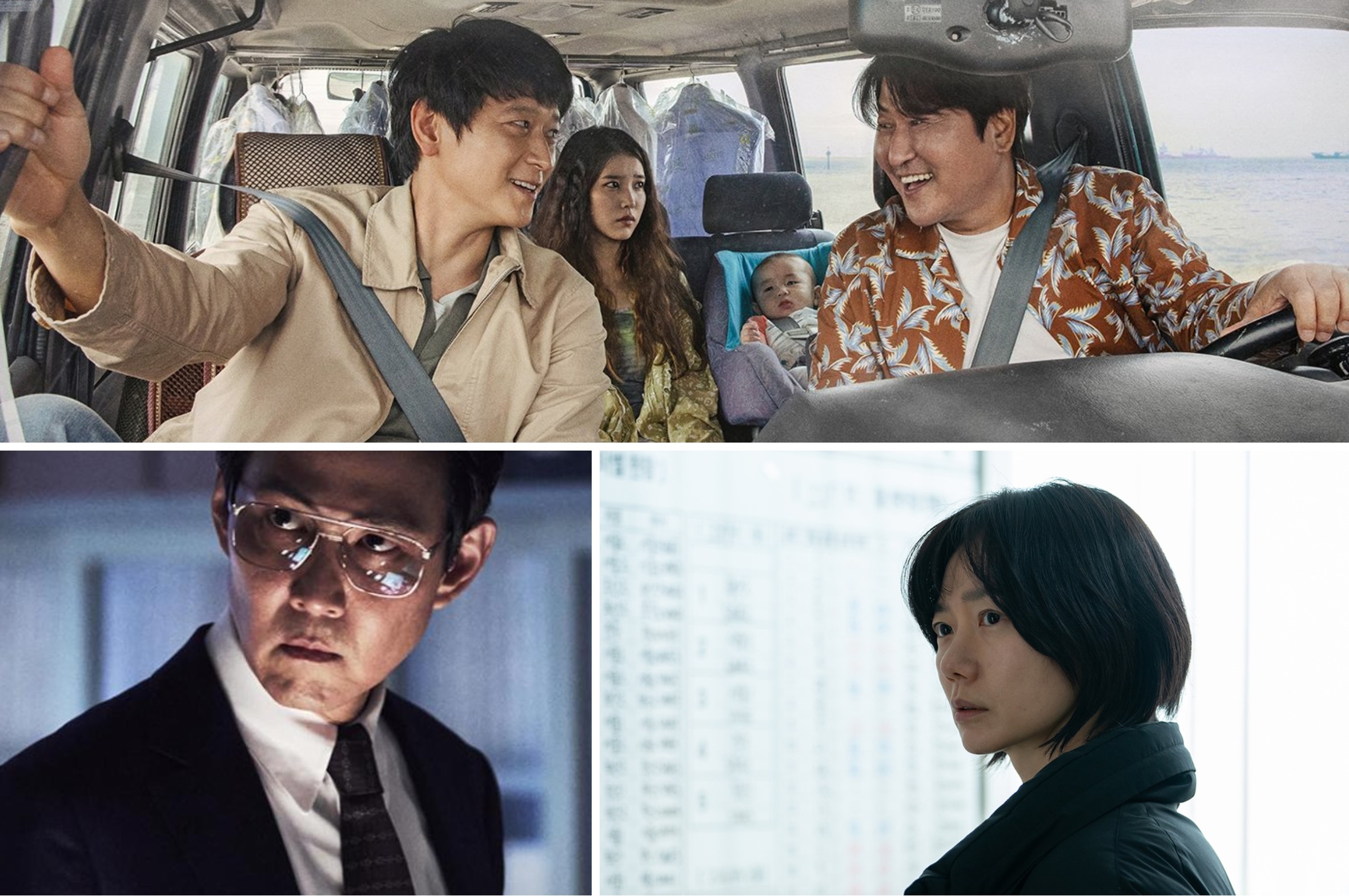 Korean cinema, which boasts a steep history of over 100 years, has been at the forefront of filmmaking especially in recent years following the sweeping success of Parasitethe multi-Oscar, BAFTA, Golden Globe and Screen Actors Guild award-winning film of 2019.

South Korea takes center stage again at the 75th Cannes Film Festival, which kicks off on May 17, which will feature five Korean works, including one from Squid Game‘s Lee Jung-jae, the SAG winner and Golden Globe nominee who will be making his directorial debut.

The latest instalment of the international festival will also see two works from South Korea’s CJ Entertainment, the company that produced / distributed several other major Korean films (including visionary Korean filmmaker Park Chan-wook’s BAFTA-winner The Handmaiden as well as Parasite and other Bong Joon-ho films, such as the murder mystery Mother and Hollywood action thriller Snowpiercer) compete for the Palme d’Or, the festival’s top award.

This year marks the first time that two Korean works have been selected for competition in the top category since 2017, which saw Bong’s Okja (featuring Tilda Swinton, Jake Gyllenhaal and Minari‘s Steven Yeun) and Hong Sang-soo’s The Day After (a melodrama starring The Handmaiden‘s Kim Min-hee about a married man’s affair) compete for the Palme d’Or.

Here, we take a closer look at the compelling Korean films that will be featured at the 2022 Cannes Film Festival.

The highly anticipated new film from the aforementioned Park Chan-wook, which will be competing for the Palme d’Or at the festival in 2022, marks his fourth film featured at Cannes. His others include noir action thriller Oldboy (which won the festival’s Grand Prix prize in 2004), horror pic Thirst (the winner of the Jury Prize in 2009) and The Handmaiden (which was shortlisted for the Palme d’Or award in 2016).

Starring Chinese actress Tang Wei and Park Hae-il (the Korean actor from Bong’s The Host and Memories of Murder) as well as Go Kyung-Pyo (seen most recently in the gripping Netflix K-drama DP in 2021), the film sees police officer Hae-jun (played by Park) investigate the death of a man in the mountains, who develops conflicted feelings of both suspicion and interest for Seo-rae, the mysterious wife of the deceased (played by Tang).

An intriguing teaser clip of the film, released by CJ Entertainment on May 6, offers a glimpse of the intense exchanges between the two, from affectionate glances to chilling stares, concluding with Hae-jun urgently heading towards the screen before the shot cuts to Seo -rae looking back from the edge of a water’s edge.

Park is also known for his work as an executive producer for the Snowpiercer series (2020 to 2022), the television series adaptation of Bong’s film of the same name, as well as for directing and producing The Little Drummer Girl series in 2018, starring Alexander Skarsgard and Florence Pugh, and directing Stoker, the 2013 thriller starring Nicole Kidman and Mia Wasikowska.

Decision to Leave is slated for general release on June 29, 2022.

The upcoming film by Japanese director Hirokazu Kore-eda, who received the Palme d’Or award back in 2018 for his film Shopliftersis also in the running for the top prize at the festival in 2022.

The moving film features a star-studded lineup including Parasite actor Song Kang-ho (who plays one of the brokers who attempts to rehome the infants) as well as IU (also known as Lee Ji-eun, seen recently on Hotel Del Luna on Netflix). The K-pop singer-songwriter, who plays a young mother in the movie, opens the film’s teaser trailer with a haunting lullaby over her baby. She returns to her baby after dropping the child off in the box.

The film also stars Song’s co-star from The HostBae Doona (seen mostly recently in The Silent Sea and also known from Kingdom and other series on Netflix), who plays a detective who chases after the team of baby brokers.

Broker is slated for general release sometime in June 2022. The exact date has yet to be announced.

Squid Game actor Lee Jung-jae (who played contestant no. 456, one of the main characters who slated for return in the next season of the hit Netflix K-drama) also stars in his directorial debut film Hunt, which will be featured among the festival’s Midnight Screenings.

Lee, who was also involved in developing the screenplay for Huntstars alongside his best friend and fellow major veteran Korean movie star Jung Woo-sung (who is the executive producer of The Silent Sea) as well as Squid Game‘s Heo Sung-tae, who played contestant no. 101 in the series, the gangster who plunged to his death during the Stepping Stone glass bridge ground).

The upcoming movie marks an epic reunion of Lee and Jung, working together on the big screen for the first time in 22 years since their last film together (City of the Rising Sun) in 1999.

The espionage action thriller sees two agents from the South Korean National Security Agency — Park Pyeong-ho (played Lee) and Kim Jeong-do (played by Jung) —who attempt to track down a spy within the organization and see each other as prime suspects during the investigation, describes the Artist Company, the Korean entertainment agency co-founded by Lee and Jung.

Recalling his first visit to Cannes, Lee said: “It was so cool, as a film actor, I’d always wanted to go to Cannes. Back then, I wondered whether I’d ever be able to go back. So I ‘ m very grateful to be returning to the festival as a director, “in a video posted on the official YouTube channel for Artist Company on May 5.

Asked for more details about his upcoming film, the Squid Game actor simply noted that “as much-desired” by fans, audiences can expect to see plenty of the “two shots” of Lee and Jung on the screen.

Lee said he hopes “there will be a lot of talk” around the film throughout the festival, adding that Hunt is expected to be out on general release in the summer of 2022.

Next Soheestarring Broker‘s Bae Doona, will be the closing film of the 2022 Cannes Film Festival’s Critics’ Week, the festival’s parallel side program, which has been running since 1962, showcasing the first and second feature works of filmmakers around the world.

Directed by Jung July, the film marks the director’s first new film in eight years following the 2014 detective drama. The Girl at My Door, also starring Bae, which was selected for the festival’s Un Certain Regard category that year.

Jung’s latest work follows a detective (played by Bae) investigating the death of a high school student named Sohee, who begins a job training program at a call center and after facing the stressful pressures of working for a “greedy company” too hard to bear. , the Critics’ Week website describes.

Next Sohee marks one of 11 Korean films in total that have been invited to the festival’s Critics Week to date. The others include Han Jun-hee’s 2015 film Coin Locker Girlthe 1999 film Happy End by Jung Ji-woo and Hur Jin-ho’s 1998 film Christmas in August.

Known as Gakjil in Korean, Persona is among the nine works selected from among the 3,507 films submitted from over 140 countries to compete in the festival’s short film category.

Directed by Moon Soo-jin, the six-minute short, which explores “a persona created in a bid to avoid criticism from strangers,” according to South Korea Kyunghyang and other Korean media, marks the first Korean animation film to be invited to the Cannes Film Festival.

The film, which was Moon’s graduation project at the Korea National University of Arts in Seoul, has also been selected to feature at France’s 2022 Annecy International Animated Film Festival, described as the “world’s largest event dedicated to animation,” and at Croatia’s animation film. Animafest Zagreb festival, both taking place in June 2022.

The winner of the Short Film Palme d’or award will be announced on May 28 at the festival’s closing ceremony.