Should You (Re-)Invest in Luna? 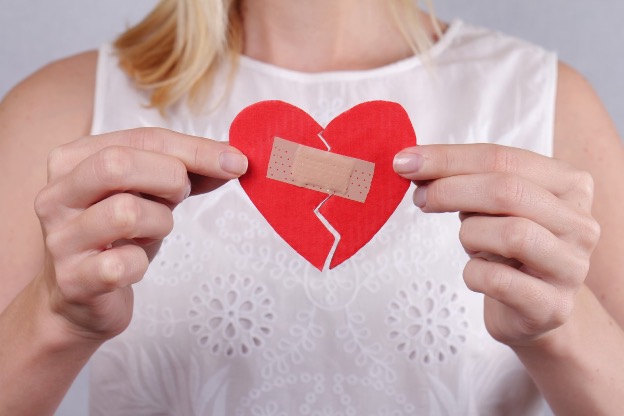 In case you’ve missed the big crypto scandal of the last few weeks, Do Kwon, a South Korean crypto developer, created and heavily promoted Terraan algorithmic stablecoin that promised to maintain its peg to the US dollar through its companion token, Luna.

After the spectacular collapse of these tokens, which shook crypto markets and caused South Korean regulators to take notice, Do Kwon is at it again, relaunching Luna just weeks after the catastrophe.

At Bitcoin Market Journal, we will always be on the side of investors. Always. 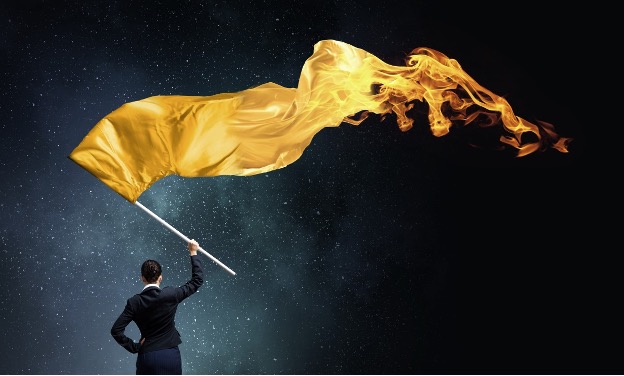 Stablecoins come in two flavors. They’re either backed by “real money” (ie, they can be redeemed for US dollars), or by “algorithms” which try to maintain the peg through computer code. Terra’s stablecoin was algorithmic, which was our first warning.

The simple way to understand this is with investor psychology: if people feel there’s “money in the vault,” they’ll be more likely to trust a stablecoin. If it’s backed by math, well, most people aren’t that good at math. (For a more complete breakdown of why algorithmic stablecoins tend to break down, see our original post.)

If it seems too good to be true in crypto, it usually is. Terra was offering an astonishing 19.5% APY in its Anchor app: think of this like a savings account that pays 19.5% interest per year.

A little digging into the Anchor protocol showed how they were propping up these sky-high APYs: Anchor was sitting on a large pool of money and just using that to pay out investors. Eventually, the money was going to run out.

Attracted by these phenomenal interest rates, investors began pouring money into Anchor, which soon held the vast majority of Terra’s stablecoin. As I pointed out, this was like a single national bank holding 75% of the national currency.

But the bigger problem was that Terra did not have more apps besides Anchor. If a single app represents 75% of your blockchain value, then the app is the blockchain. A smart investor asks, Where are the rest of the apps? Where is the ecosystem of value?

I want to shout it from the rooftops: Smart investors diversify. Terra was highly concentrated in one app – Anchor – which meant it was not diversified. Compared to a rich ecosystem like Ethereum, there was just one big use case for Terra: storing the stablecoin for the 19.5% interest.

Although Terra claims it is decentralized, the true test is what happened in a crisis.

During the meltdown, everyone watched Do Kwon’s Twitter feed to see how he would react. After the collapse, Do Kwon sprang into action with a new plan.

While Terra has a decentralized system of nodes, validators, and governance, in my opinion, this is “decentralization theater.” It is pretending to be decentralized when common sense shows us that Do Kwon is running the show.

There’s nothing wrong with a centralized management team (we’ve shown you the dangers of decentralization). But claiming to be decentralized, while a single centralized founder is calling the shots? At best, it’s disingenuous; at worst, it’s illegal.

If you claim to be decentralized when you’re not, you’re misleading investors. And we will always be on the side of investors. 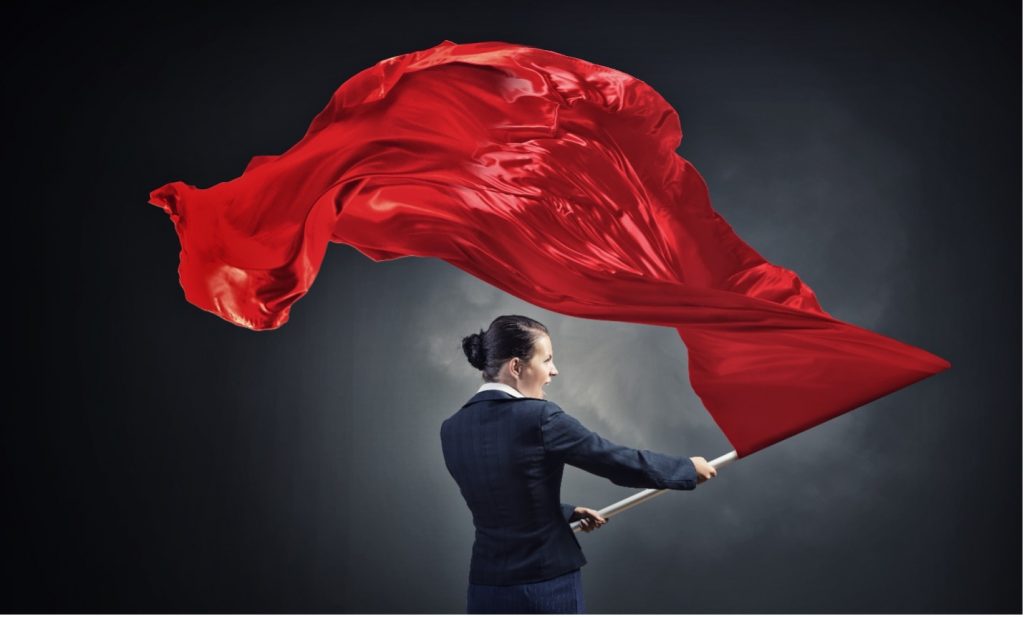 Red flag: Do Kwon instantly made plans to relaunch

Days later, Do Kwon was back at it again, with a new plan to get rid of the stablecoin and relaunch Luna as a standalone crypto token.

When Do Kwon first proposed this, my jaw dropped. Surely he would not get away with it. Surely regulators would step in. Surely his original investors would not fall for this plan, again.

I was relieved when I saw the community responses to his proposal, which were basically saying, “Hey, we bought tickets to the Fyre Festival once. We’re not going to fall for that one again. “

Red flag: Do Kwon changed the proposal after voting began

I am astonished that the crypto media industry has not spoken out with a unified voice against this behavior. You can not change a proposal while the voting is in progress. (Somewhere along the way, Terra’s legal team quit.)

A more careful and thoughtful process might have allowed Do Kwon to come up with a plan to save the stablecoin (as I suggested), but he did the opposite, editing the proposal on the fly. From the outside, it looked haphazard and slapdash.

This is certainly not in the interest of investors, who really have no idea what they’re voting for, since the proposal was changed mid-vote. I’m still shaking my head over this.

So how on God’s green Earth did this proposal pass?

Terra’s investors are desperate. They lost everything when the stablecoin collapsed: both UST (the stablecoin) and LUNA (the crypto token) essentially went to zero. Because this is crypto, there’s no regulator protection, no insurance payout, and no FDIC.

What Do Kwon offered them was a faint glimmer of hope: maybe if they ditched the stablecoin, called the failure an “attack,” rebranded the failed stablecoin as “Terra Classic” (not “Terra Disaster”), then relaunched as LUNA 2.0, it would go to the moon.

(Remember: “Luna” means “moon.” The implied promise is that this time it will go to the moon.)

Now, let’s walk through investor psychology. When Luna 2.0 launches, how many investors will stick around to be burned again?

No doubt, some hardcore LUNAtics will keep the faith. They’ll brag about their diamond hands, and how they’re holding to the moon. But most investors, I think, will be happy to cash out as quickly as possible, recouping some of their losses and leaving others to hold the bag.

A class-action lawsuit might have worked better while there was still some money left in the bank. (You can bet those will still be coming.) But most people, I think, are hoping that by restoring LUNA from a “snapshot” of the blockchain when the price was still high, they’ll be able to cash out for somethingand something is better than nothing.

Huge red flag: Exchanges are going along with this

I’m disappointed in the exchanges that will list the new LUNA token, specifically Binance and FTX, for not doing more to protect the investors they supposedly represent.

It is going to be difficult for exchanges to explain to regulators how they enabled Terra to relaunch just days after its collapse, and how this was in the best interest of their customers.

There’s another obvious solution: they simply refuse to list the new LUNA token. Otherwise, they are complicit in this scheme by allowing their customers to buy and sell a token that just collapsed two weeks ago.

I’m disappointed that the crypto news media, and the industry itself, are turning a blind eye toward this behavior. Will someone, somewhere speak up about what’s happening?

On behalf of the investors who do not understand what’s happening, who just want their money back, and who are going to be twice as mad when they get twice as burned, we need to say it: this is wrong.

You’d have to be a LUNAtic to re-invest

As value investors, ask yourself: where’s the value?

Is Terra, the technology, really providing additional value to the world? Here’s the list of apps built on Terra before the collapse: besides Anchor, have you ever heard of any of these?

Before the collapse, Anchor was the dominant player in Terra, but only because it was paying out 19.5% interest funded by a reserve account. How is that adding value to anyone, anywhere?

Creating a new token out of thin air, getting rid of the stablecoin, and pretending as if nothing happened: how is that creating value?

This is crypto, so anything could happen. LUNA really might still go to the moon. I’m not a financial adviser, so I can not tell you what to do. All I can say is that I would not touch LUNA with a moon-length pole.

The post Should You (Re-) Invest in Luna? appeared first on Bitcoin Market Journal.