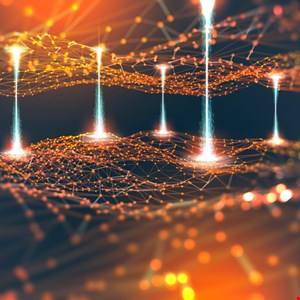 Among the keynote highlights of any RSA Conference is the annual Cryptographer’s Panel, and the 2022 event did not disappoint.

In a Tuesday session on the second day of the RSA Conference 2022, a panel of the world’s most renowned cryptographers, including Whitfield Diffie, Moni Naor, Adi Shamir and Dawn Song, discussed a bingo card list of topics full of industry buzzwords.

The panel’s first buzzword topic was NFTs (non-fungible tokens) which were widely ridiculed by the panelists. Shamir (the ‘S’ in RSA) noted that sales of NFT have gone down by 92% over the past year. NFT’s are typically associated with cryptocurrency usage, which is often known simply as crypto.

Dawn Song, a researcher at UC Berkeley, commented that her university recently started a new center to research challenges associated with cryptocurrency, blockchain and Web3. One key focus of the research is addressing the challenges of scalability and developing scalable infrastructure with decentralized trust. Song added that research is also being conducted to help improve security, which is another challenge for cryptocurrencies.

For many in the security industry, passwords are seen as a weak link, but that’s not the case for either Whitfield Diffie or Moni Naor.

“I may be the world’s last fan of passwords,” Diffie said.

Alternatives to passwords like biometrics are attractive to CISOs in Diffie’s view as it gives them control. However, he lacks confidence in biometrics, and Diffie expects that passwords will continue to be widely used. Maor noted that while he did not want to be labeled as a ‘fan’ of passwords, he did not see a widely used option that could be used to replace passwords.

The Perils of Adversarial AI

“There’s a classic example where you see an image of a cat, which is of course recognized by the deep neural network as a cat,” Shamir said. “Then you make a small change in the image, and the well-trained deep neural network, which is so good at recognizing cats, will say the image is guacamole.”

Shamir said he is now working on a research effort showing how it is possible to further poison AI systems in an approach that can confuse surveillance cameras from identifying individuals.

“People have been struggling with finding ways how to stop this kind of small adversarial perturbations from being effective against deep neural networks,” he said.

Rooney’s poems explore concepts like light and the moon