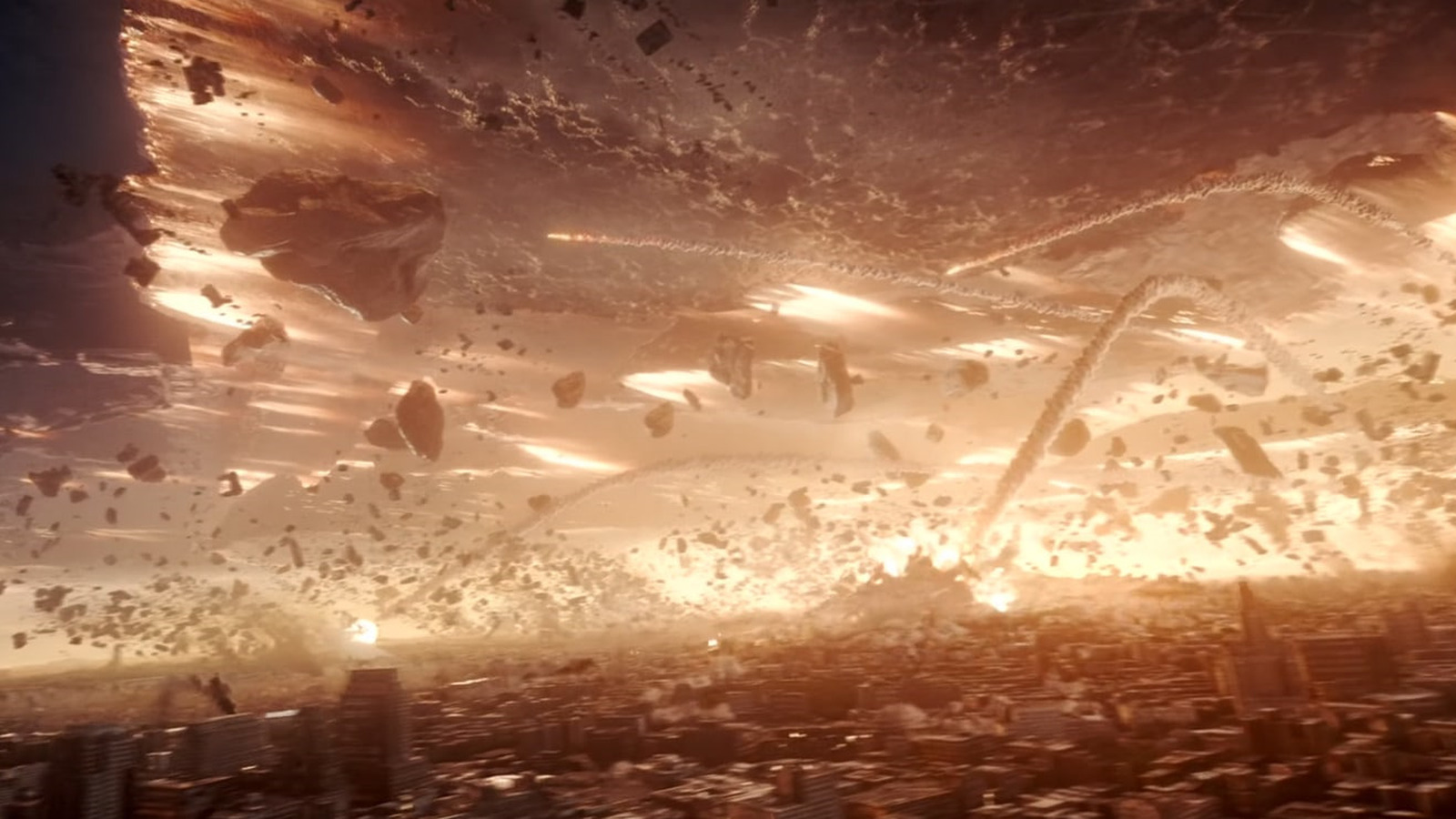 “Moonfall,” Hall notes, occasionally shares a rosy-cheeked faith in humanity with “Independence Day.” Meanwhile, “The Day After Tomorrow” and “2012” sit in contrast to that vibe, almost shrugging their shoulders at worldwide collapse and only providing “sucks to be you” gallows humor in the face of tragedy. While he has doubts about the effectiveness of Adam McKay’s acerbic climate change satire “Don’t Look Up,” Emmerich sees “Moonfall” and “Independence Day” as different sides of the same coin. He tells / Film:

“Well,” Independence Day “and” Moonfall “have a lot to do with each other. They’re from the same kind of cloth. And” Day After Tomorrow “and” 2012 “were more sarcastic looks at our Earth, and are we really worth saving? That kind of thing. But I have to kind of say, I now feel the need … I’m just waiting a little bit until the pandemic [has] passed. In two, three years, I want to make a big movie about what will happen to Earth because the effect of climate change is unstoppable. I think we are totally past the breaking point, and there will definitely be effects of that. And let’s say in 15, 20 years, there will be hundreds of millions of refugees, and that will change our world totally. “

Asked what sort of story that urgency might be wrapped up in, Emmerich fired off a summary from the hip:

“Probably the story of, maybe in Africa, a doctor [from Doctors Without Borders] with his family is friends with the whole hospital, and he’s the last one to leave, and he cannot leave without taking these people with him. Because of that, he gets really, really in trouble. And sometimes they have to help him, and he has to help them, but it’s more of a travelogue where you kind of see the whole world, in a way, be totally changed. The biggest problem, probably, is the ending here, because you want to keep a little bit of hope that things will change. “

For all of the glee Roland Emmerich takes in tearing the planet apart, he seems to think that the world is still a fine place worth fighting for.