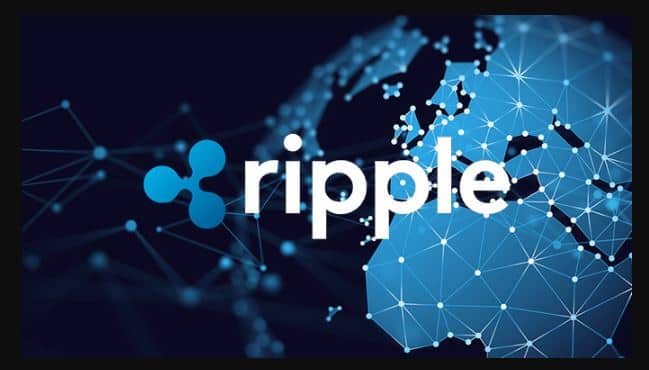 Sentiment Feed, in s tweet on Saturday, reveals that XRP has been outperforming other altcoins lately in terms of on-chain metrics as the network saw 208k active addresses for the first time since February 2020, and 854 billion XRP token age consumed the highest since December 2020.

“XRP is ahead of the altcoin pack recently, and some major milestones have hit over the past week. In addition to several massive active address spikes firing off, there have been massive dormant tokens shifting addresses this week. Keep a close watch,” Santiment tweeted, highlighting the impressive metrics. 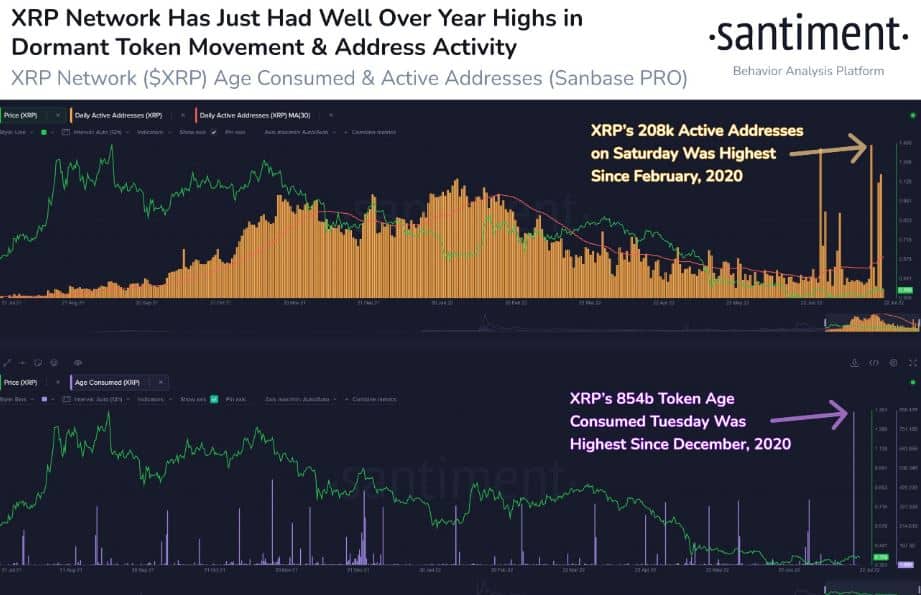 The specific catalyst for these new feats remains unclear. However, it is worth noting that the Ripple community was given a reason to be excited on Tuesday as it was confirmed that former CTO Jed McCaleb had finally emptied his infamous TacoStand wallet. Notably, the former Ripple executive had sold about 9 billion XRP throughout the last eight years since leaving the firm.

The completion of the sale left many relieved and excited, even as some saw it as a bullish catalyst.

Meanwhile, it is the second weekend in a row where the XRP network has shown impressive and somewhat surprising stats. Notably, going into last weekend, the XRP network had an $18.7 billion surge in trading volume at the end of Friday.

It is worth noting that Ripple remains in a legal battle with the US SEC as the regulator claims the XRP token is an unregistered security. Despite recent positive strides in the case for Ripple, notably with the recent ruling by Judge Sarah Netburn that the SEC should hand over documents relating to the draft of the controversial 2018 speech by William Hinman, the SEC continues to stall the case.

Most recently, the SEC, in its attempt to resist the latest ruling by Netburn, has requested to file an excess length brief and a reply brief. At the time of writing, the XRP token is trading at the $0.361 price point, down 1.40% in the last 24 hours but up 7.94% in the last seven days.