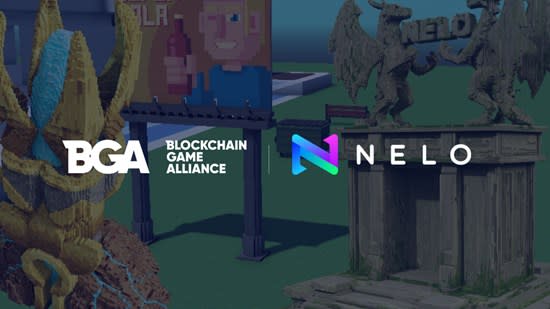 Singapore, Singapore – (Newsfile Corp. – April 21, 2022) – NELO’s goal is to reach gamers around the world and bring its products to a global market. They have since joined the Blockchain Game Alliance (BGA) as a panel member of their partner program following their successful rebranding on the 28th March.

The advent of virtual economies based on blockchain technology became a topic of discussion in 2021 as Facebook announced it would become a dominant player in the Metaverse. Since then, Metaverse projects have grown in popularity as big tech companies and mainstream users have embraced the virtual environment. BGA will play an instrumental role in establishing a culture of good conduct in the virtual space, as well as in shedding light on notable projects in the GameFi and Metaverse shift.

As members of Blockchain Game Alliance, NELO intends to continue focusing on its mission of spreading awareness, while maintaining a secure and reliable blockchain for future generations. In addition, NELO will support other members of the Alliance in advancing blockchain technology.

NELO is a protocol and framework for building & connecting Ethereum-compatible blockchain networks, overcoming the limitations of Ethereum blockchain networks. It is a protocol and infrastructure that leverages the Proof-of-Stake consensus algorithm to support developers in the deployment of their games in the Metaverse. NELO’s priorities and principles include speed, security, and scalability. Its highly qualified team of professionals are dedicated in establishing a platform that can be fully utilized and customized, to further align all gamers and game developers needs.

NELO’s first game, Neloverse, will be released in October 2022. Among its features will be NFT lands, a game maker, and VoxEdit. It is a land-based Metaverse, similar to other create-and-build games where players can introduce their own characters, quests, as well as in-game businesses such as craft centers, galleries, event venues, from imagination to realization. NELO’s community members and early investors have given positive feedback to the game’s development. The platform will allow companies, brands, celebrities, gamers, YouTubers, and designers to build an online presence that offers memorable and exciting experiences.

The Blockchain Game Alliance was created to promote blockchain in the gaming industry. Its mission is to boost awareness of blockchain technology and develop innovative games that build strong communities around them. Furthermore, it provides an open platform for individuals and businesses to exchange knowledge, collaborate and network.

To view the source version of this press release, please visit https://www.newsfilecorp.com/release/121161