Lobbyists jump to the blockchain- POLITICO 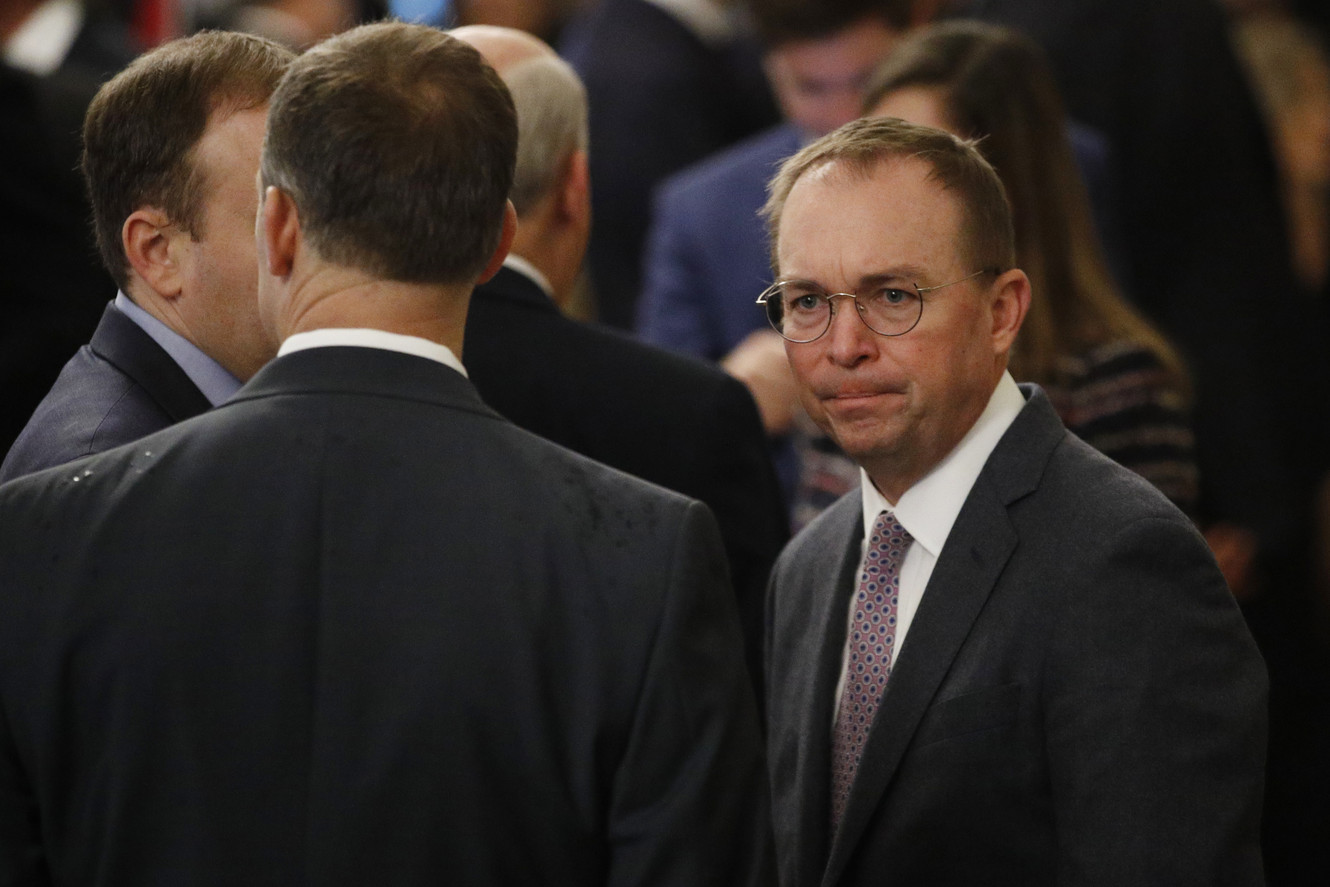 With help from Derek Robertson

The blockchain isn’t just a shiny new object for Silicon Valley—it’s now the place to be for Washington tech lobbyists, policy wonks and political strategists.

That means the same cast of characters who shaped the government approach for good ol ‘Web 2.0 are becoming central to policymaking for “Web3.” In just the past six months:

At one level, this is just typical Washington careerism – hopping from the slower boat to the faster one. But, in interviews, many lobbyists who’ve made the jump say they see a chance to create a new relationship with DC regulators – avoiding some of the blunders the tech industry made during its last round of explosive growth.

Back when Facebook, Google and Amazon were learning to navigate Washington, “a lot of folks were really taking a different view: that they did not necessarily want to work in partnership, the space should be left unregulated, the free market should dictate where things go, ”said Chris Lehanethe ever-present political strategist who was once played by Rob Lowe in a movie,

Lehane himself is part of the trend: He spent seven years at Airbnb before moving to Haun Ventures, a crypto and Web3 investment firm, late last year.

Lehane said the politics are still “soft” in the blockchain space, meaning it’s unclear whether it will become a partisan issue, or how the chips will fall once it does.

Several of the converted politicos told me this week that the companies, at least, have already learned one lesson: get involved early. Many of today’s major tech companies ignored politics until they were facing intense scrutiny.

“The rules will be written by the companies that are really involved in Washington, DC and you will ignore Washington at your peril,” said Niki Christoffa former Google and Uber executive who now runs her own PR firm representing several crypto clients.

Regulators and politicians, too, do not want to make the same mistakes this time around. They failed to regulate the major tech companies early on, leading to massive concentration in the tech industry. Washington looked the other way as misinformation spread on social media, Amazon swamped the e-commerce competition and Google became an unrivaled search behemoth. So the new wave of lobbyists will have their work cut out for them.

There are still many unresolved questions around blockchain policy: which agency will regulate digital currencies, whether lawmakers can craft rules that adapt to such fast-evolving technologies and whether progressives will embrace digital currencies or decide they’re more about amassing wealth than actually democratizing finance. .

Crypto is the biggest pull.

The Tech Transparency Project, an advocacy group focused on tech accountability, in February identified 235 examples of officials who have moved from the public sector to crypto companies. Larry Summers, the former Obama Treasury secretary whose signature is literally on US currency, now serves as an adviser to no fewer than three crypto companies.

It’s still unclear where lawmakers will ultimately fall on the issue of crypto. Progressives like Democratic Massachusetts Sen. Elizabeth Warren have embarked on an anti-crypto crusade, but the left is divided over whether crypto enables financial crimes or provides new avenues for financial inclusion. Right now, crypto lobbyists are still in the “educating policymakers” phase, learning how to tell their own story just like Google, Facebook and Amazon had to in the early 2000s.

Of course, there’s also the appeal of higher paychecks. Venture capitalists invested more than $ 33 billion into crypto and blockchain startups in 2021, according to a recent report.

What is the “digital dollar,” anyway?

In the simplest possible terms, a central bank digital currency – the technical name for the concept – is just a digital representation of a country’s fiat currency. More than 20 countries, including China, have already either launched a CBDC or are piloting one according to a report from the Atlantic Council.

If you’re not a finance person, or you’re just generally crypto-apathetic, the concept can sound intriguing but almost pointless: Does not regular old money spend just as well online?

Well, yes. Researchers investigating CBDCs are not quite sure yet what its key distinguishing features would be. The Federal Reserve has argued that a CBDC could lower transaction costsreduce credit risk and, most crucially, protect the dollar’s status as the dominant global currency, which Bitcoin evangelists hope to challenge.

How soon could we get a digital dollar? Last week Treasury Secretary Janet Yellen said that a US CBDC would likely take years to developbut it is a possibility the Fed has repeatedly said it’s actively exploring.

And there’s plenty of concrete activity around it on the ground in Washington (and elsewhere). POLITICO’s Daniel Lippman noted that the Digital Dollar Project, a finance-world research group promoting the concept, has been briefing members of Congress in both parties.

In February the Federal Reserve Bank of Boston and MIT released a prototype CBDC platform dubbed “Project Hamilton. ” And Rep. Stephen Lynch (D-Mass.) introduced a bill at the end of March that would launch a US pilot program for “e-cash,” a sort of parallel currency to a potential CBDC that’s meant to familiarize users with the concept.

But worries, of course, abound. The Fed warned CBDCs could potentially destabilize regular banks, should enough users adopt them to seriously diminish traditional deposits. Digital money is also more vulnerable to hackers and to the same type of financial crime endemic to cryptocurrency worldwide. – Derek Robertson

Punditry is cheap, analysis is risky, and successful predictions are damn near impossible. But in rummaging through decades-old issues of Rolling Stone this week – you know, as one does in one’s spare time – I stumbled across a piece of journalism that predicted the digital future as seen from the early 1990s with eerie accuracy.

“Bulletin Boards: News From Cyberspace” is a relatively brief report from then-RS contributing editor Jon Katz on the early internet’s electronic bulletin board systems, a sort of precursor to internet forums and social media. (For a more detailed look, check out this excellent multi-part documentary on YouTube.)

Long before our current debates about digital media, misinformation, and a decentralized future, Katz somehow hit the nail on the head:

“… Deprived of its historic role as a filter and gatekeeper, what will journalism’s central role become? Well The wellhead is beginning to come apart, threatening an anarchic void. The challenge is to figure out who’s credible and who isn’t, whom to depend on for information quickly. The information we receive will not come much longer in the form of evening newscasts or daily papers plopped on our lawns each morning. What seems more likely is that what we now know as the news media will fuse with new communications technologies or finally be forced into radical editorial changes. ”

Reminder: This was written not just before Twitter existed, but when Jack Dorsey was still in high school. (You can also read the full article, archived in a reprint by Span Magazine.) When a new and disruptive technology comes along, sometimes its implications are just right before our eyes, even in their nascent forms. It’d be peak hubris to promise the level of oracular insight Katz provided here, but stay tuned while we try. – Derek Robertson 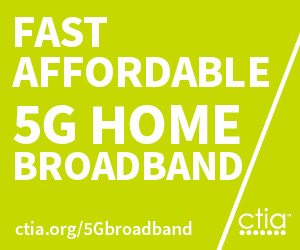 If you’ve had this newsletter forwarded to you, you can sign up here. And read our mission statement here.

5G is shaking up home broadband – bringing new competition and choice to millions of homes and businesses across the country, and expanding access to high speed, affordable broadband. Households outfitted with 5G Home Broadband can do everything they do with cable, with great speed and performance including streaming, video conferencing, homework, gaming and more. This new, wireless alternative boasts competitive pricing and tremendous ease-of-use – just plug it in and turn in on. More than 30 million homes are covered today, with millions more expected by 2025. Learn more about fast, affordable 5G Home Broadband. www.ctia.org/5gbroadband