Keeping Agents ‘Out Of Orange Jumpsuits’: 3 Tips On Blockchain 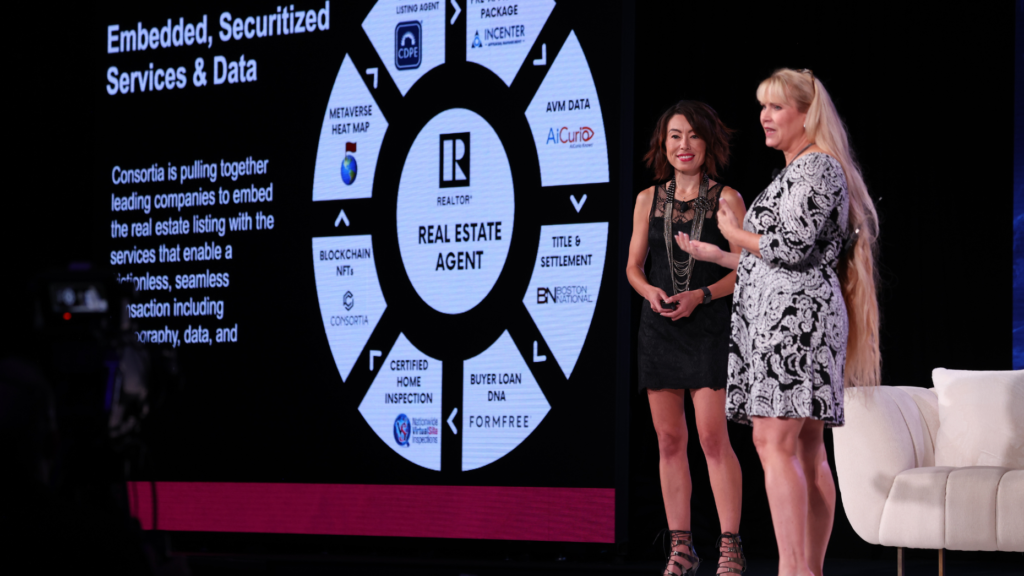 One company prepares for a seismic shift to an entirely blockchain-based financial system for home transactions. Teresa Grobecker and Sheila Fejeran made their case at Inman Connect.

Inman events are the best way to connect. Gain insights and build your network this October at the virtual Inman Connect where we’ll explore the Industry’s Playbook for the Fall Market. Then, join us in January for Inman Connect New York, in person or virtually. Reserve your tickets now, prices will go up!

For years the impact of the blockchain on real estate has been the subject of speculation and confusion throughout much of the industry.

But one company is acting on the assumption that a switch to an entirely blockchain-based financial system for conducting home transactions may be coming sooner than anyone is ready for and is preparing a data infrastructure that could support this type of radical shift in the industry.

Here were some of the big takeaways from their presentation.

They believe the nation’s move to a new digital currency is inevitable.

For months the US Federal Reserve has floated the idea of ​​creating a new digital currency.

In a March executive order, President Joe Biden asked the government to look further into the issue, placing “urgency” on research and development for the possible new currency.

The blockchain community has been watching this development with interest. Some see this so-called “Fedcoin” as a potential government-backed threat to existing crypto assets, such as Bitcoin.

Others like Grobecker are preparing for the possibility a new digital currency would have permanent consequences on how the economy does business – including the real estate industry.

And while the prospects for a new digital currency’s approval remain unclear – no proposal has gained formal approval – Grobecker is convinced that it’s just a matter of time before Fedcoin is a reality.

“What you really need to know though, whether you like blockchain or you hate it, is that once Fedcoin comes, all of our transactions are on blockchain,” Grobecker said. “So it’s a matter of adapting to this, adopting this as your business practice, so that we’re ready to service our customers when this great transformation happens. And it’s here today. ”

They’re promising to keep the agent front and center.

If the market does go through such a shift, Consortia executives have for years promised their platform would aim to keep the agent at the center of the real estate transaction.

This is a topic of much conversation within the crypto community, which has historically viewed the middleman as an anathema.

But in a version of events where every real estate transaction is recorded on distributed blockchain ledgers, the agent will be needed for all the reasons that they are today, Grobecker argued.

Consortia has gone so far as to hard-code the agent into their blockchain processes, preserving a place for them in the blockchain’s immutable record, Grobecker said.

“Obviously consumer protection is the No. 1 goal, but after that goal is met, our commitment to you and to the industry is that the agents and the brokerages will be at the center of that, serving the consumers, ”Fejeran said.

There are significant risks for agents conducting NFT transactions.

“The thing that most people do not realize, sitting in this room, probably, is that when you start functioning as selling homes as NFTs, you actually cross a line into what is considered SEC guidelines or rules,” she said.

To that end, Consortia has developed educational materials designed to help keep agents “out of orange jumpsuits” if they venture into this space, Fejeran said.