Is Dogecoin Headed to Twitter, The Moon, or Throughout The Universe? 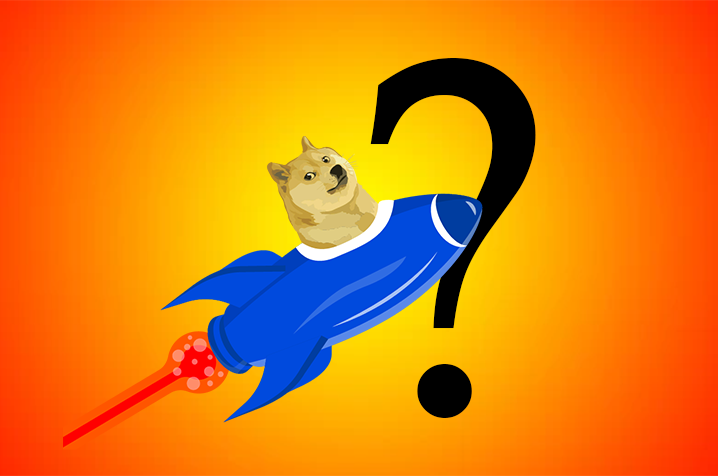 By now everybody knows about Elon Musk’s “proposed” Twitter acquisition and that his public championing of Dogecoin is still very much alive. He recently stated on Twitter that Dogecoin “has potential as a currency.”

Even during his Texas Tesla Gigafactory celebration, he had a fanciful drone light show forming the famous Dogecoin logo in the sky. Will he / won’t he buy Twitter? Stay tuned folks!

But the $ 44 billion dollar question that was sparked since news of the deal broke out was:

Will Dogecoin become integrated as an official part of Twitter?

As of this print, I do not know of any official plans to do this or of any explicitly indicative tweets from Elon suggesting this will happen if he does acquire Twitter. However, unofficially Twitter is already currently being used as a medium to tip users in Dogecoin via the Sodogetip bot and the emerging social wallet MyDoge.

The MyDoge app was co-founded and chaired by Bill Lee who recently made headlines for purchasing legendary rapper Ice Cube’s Big3 NFTs amounting to the largest commercial transaction to ever be conducted in Dogecoin. The MyDoge non-custodial wallet enables users on Twitter to post a tweet directed to another Twitter user’s profile and that user will receive the specified amount of Dogecoin directly in their wallet (if also they have the app set up).

Before Dogecoin became famous in 2021 as an investment vehicle that minted Dogecoin millionaires, or before its growth in adoption as a form of payment for merchandise and services, tipping was actually its primary early use case.

As a spiritual predecessor to what MyDoge is doing on Twitter, on Reddit where the early Dogecoin community primarily resided (and many still do today), users would tip each other in Dogecoin for posting memes, comments, or accomplishments that they enjoyed. That’s also basically what the Sodogetip bot does on Twitter too. Tipping developers in Dogecoin’s open-source scene has also been a source for supporting their projects.

As a performing musical artist myself, I recently shared several pieces of Dogecoin-related content I made on Twitter and I actually got tipped for it without having asked. Personally, like NFTs growing potential in opening up monetization opportunities, I could imagine Dogecoin’s tipping trend scaling in the entertainment industry where tipping with it could become a means of artists supporting themselves both online and in-person.

Is Dogecoin * literally * going… To The Moon?

Elon did famously announce “Dogecoin would be the first meme in space” with SpaceX sending a satellite called DOGE-1 out into sublunar orbit and having the mission funded entirely in Dogecoin. He also said on that we’re going to “put a literal Dogecoin on the literal Moon,” it may have been April 1st but he did seem pretty serious to me 🙃.

Financing a space mission to the moon entirely in crypto is certainly groundbreaking, but I do not think this quite literally constitutes it going to the moon unless a blockchain transaction actually takes place (or is transmitted) from there.

However, the literal moon as a destination may not be far off through a different project that SpaceX’s Starlink is involved in. A project called RadioDoge which is headed by Dogecoin Foundation’s Principal Engineer Michi Lumin.

Essentially space satellites use radio waves to pick up Dogecoin transaction requests sent from Earth and relay it into the network. I understand there have been successful tests with this so far… thus Dogecoin is in fact the first meme coin in literal space. Perhaps the DOGE-1 satellite can use RadioDoge to interact with a Starlink satellite to do a Dogecoin transaction (a satellite tipping another satellite?)… Then it may in fact literally “Go to the moon!”

Is Dogecoin going to the moon as an investment vehicle?

I do not know.

I’m sorry I’m SORRY! Please stop throwing tomatoes at me! I meant it’s going to the moon! TO THE MOON, OKAY? !!

I do not know (does any expert?) if it’s actually going to go to “to the moon” meaning 10x, 100x, 1000x returns in the next couple years, but personally I am not expecting that to happen and I do not think it matters in the scheme of things either (depending on your motive of course).

A bullish mindset is fun to have (and it’s fun to get rich right?), But I think what’s more important in the long-run is stability and sustained adoption. While I do not personally think it’s going to go to the moon, I also do not think it’s going to Luna Terra either.

I think Dogecoin is demonstrating its market maturity relative to other coins in the space as its consistently within the top 15 coins by market cap since it became world-famous. I do not expect it to moon, not because I do not see the value in it, but rather because I see it as very big already. How much bigger can the market cap reasonably get, especially considering its relatively high inflationary output of tokens produced?

I’m also not saying people won’t be making money off it as an investment vehicle, I’m sure you can, especially doing risky margin trading (be VERY careful!), But overnight astronomical returns this late in the game don ‘ t seem like a low hanging fruit to put in the basket. My expectation is that it won’t moon unless the entire market moons with it, but I guess stranger things have happened… maybe it will 10x.

Is Dogecoin going throughout the universe?

The universe is a big place. One thing is for sure, Dogecoin’s adoption has NOT slowed down since its big boom to fame, but rather it has become one of the strongest growing use cases of cryptocurrency as actual currency being used to make purchases.

The real question is, what industries are left where you CAN’T pay in Doge?

You can pay in Doge for high-end clothing. Take a look at Gucci

You can pay in Doge there too with Mark Cubans’ Mavericks being one of the early doge payment adopters for merch and tickets via BitPay.

Yup! Memestocks and coins gotta stick together together right?

Why wouldn’t they? AMC is all about it.

Shibes are still waiting for McDonalds to make the move, but Chipotle is already there!

Yup! This has actually been the case for many years and has been growing to include more airlines.

Alright please stop asking me this and throwing tomatoes at me. I DON’T KNOW OKAY.

What about for not-gigantic businesses online?

Thanks to Doge Found developer Inevitable360, a simple Doge payment processor plug-in is now also on WordPress at the disposal for millions of websites.

The big kicker is that this is all happening with relatively little infrastructure in place.

The Dogecoin trailmap is something the community should be very excited for in expanding that infrastructure… because they’ll likely have a bigger community of Shibes and a lot more stuff in it!

It’s basically a series of projects planned by the newly revived Dogecoin Foundation to diversify and expand the use case potential of what Dogecoin can do so as many people and businesses as possible can utilize, build and inhabit it…

It is intended to foster adoption by making integration and accessibility as seamless and scalable as possible… thereby expanding how many people and projects can effectively make use of it.

Basically Dogecoin may take a pit stop at the moon, but the destination is throughout the universe.

Again, the idea is basically to make Dogecoin as easily accessible and navigable as possible both for developers AND ultimately end-users.

One of the cool projects I mentioned earlier they have in the works is RadioDoge. Basically it allows areas without broadband infrastructure (the backbone of today’s internet) to use radio waves set up by satellites to conduct transactions. This means third world countries may be more effectively able to participate in the network, though it can also be used in major cities to further optimize connection to the network.

Basically, once upon a time, Dogecoin Core made the Doge world go ’round and really to this day it still does. Right now it’s apparently very difficult for developers to build things in Dogecoin from scratch because of the significant learning curve involved. Libdoge is basically like a toolkit of pre-assembled parts that will allow developers programming in virtually any language to build new iterations of systems that run on Dogecoin.

Think something random like a vending machine built on the Dogecoin network, or just a sexier looking full-node wallet than the Granny Smith that is Dogecoin Core (she still makes the best muffins I hear).

The more accessible the blockchain is for developers to build on, the more cool things you’ll see built in the eco-system, perhaps even a rocket ship that interacts with DogeRadio (that’s my idea now! I’m NFT’ing that idea , patenting the NFT of the idea then open-sourcing it. You’re welcome.)

The Dogecoin Standard is another thing they’re making which is basically a set of tests and documentation to make sure that everything built intended to run on Dogecoin actually runs on Dogecoin and does not fork off into Dogecoin Classic or Dogecoin Light (I still haven’t Googled if those things are real yet). Think of Dogecoin as a road, and the blockchain nodes (more or less the “wallets”) are how you drive on this road. If your car does not follow the EXACT same rules (a protocol) and hold the exact same record of transactions in the ledger, you’ll be driving on a different road on a separate network that isn’t Dogecoin.

The Standard is there to ensure that does not happen by accident:

The Standard is something that can evolve over time and is intended to be updated through consensus in the community.

With these projects coming to life, the Dogecoin world may be getting ALOT bigger than it already is.

There are more projects to learn about for the trailmap including switching to Proof-of-Stake, but I’m not going to take you throughout the whole trailmap universe just yet… unless you really want me to in the next article? Let me know!

Meanwhile check it out for yourself here!

And if you want to donate to support their efforts in strengthening the Dogecoin eco-system, feel free to tip Doge to their wallet address below:

If you enjoyed my writing and want to see more articles like this, feel free to tip me as well… here’s my wallet address, curtesy of the MyDoge app:

Be sure to tip with the message “trailmap” if you want another article diving in deeper about it.

Disclaimer: Nothing in this article constitutes professional investment advice. Please do your own thorough research before making any investment decisions.