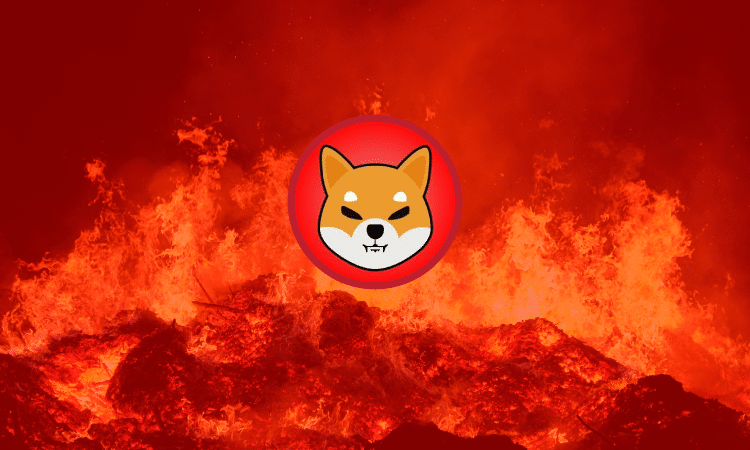 Shiba Inu (SHIB) token started its journey as a meme coin, and later it evolved into one of the most promising crypto assets in the world. Even still, some people can not believe that a token like SHIB is now the 14th biggest cryptocurrency globally in terms of market capitalization. But the FACT is FACT.

SHIB has gained massive popularity since the start of 2021. But the Shiba Inu token gained enormous attention after Vitalik Buterin burned 41% of its holdings, which was gifted to him by SHIB’s team.

When the token was first created in August 2020, its initial supply was set to 1 quadrillion tokens.

SHIB’s team then gifted 50% or half of its supply to Ethereum (ETH) co-founder Vitalik Buterin. Later, Vitalik Buterin sent 41% of the SHIB supply to a dead wallet and noted that: “He does not want to be the locus of power.”

After a few days, Vitalik Buterin helped SHIB and made another news headline, ie, he has donated 50 trillion SHIB tokens (worth around $ 1.2 billion at the time) to an Indian COVID-19 relief fund founded by Sandeep Nailwal, the cofounder of Polygon. (MATIC).

This is where SHIB Burning Concept came to birth.

Later, the SHIB Community (The SHIB Army) surfaces and takes the SHIB burning responsibility on their shoulders. Since then, SHIB Community has come up with so many new business concepts / models / ideas dedicated to SHIB Burning.

Among leading companies, NOWPayments, a crypto payment gateway, is helping SHIB Community in this cause and strongly supports the Shibburning initiative. For this reason, NOWPayments is consistently educating and spreading awareness about SHIB Burn and its importance via its official Twitter handle.

The company also insists on other companies joining the SHIB Burn initiative and accepting shib as payment. So many times, Now payments said: “If any company is facing difficulty in accepting SHIB, then NOWPayments is always there to help them out. ”

With this open invitation, most of the companies founded by ShibArmy activists joined the platform, and NOWPayments has helped them out.

The following is the list from NOWPayments partners who accept SHIB and dedicate a handsome amount of their profits to burn SHIB.

Shiba Swag is an online store accepting SHIB via the NOWPayments platform. The online store offers fantastic products like community mugs, T-shirts, phone cases, hoodies, etc. The online store is reportedly burning 15% of its total profit earned from the sales.

Shiba Inu Café is another initiative run by Shiba Inu Community members, located in Chiang Rai City, Thailand. The café offers fresh plant-based food to its customers and plans to open ShibaInuCafe in every capital city – the Shiba Hotel. They also accept SHIB as a payment method via NOWPayments.

Green Juice Systems is a Swiss company that offers its customers the latest technology in new equipment and gadgets for solar energy. Their mission is to help make our planet cleaner for future generations by reducing carbon emissions and donating to climate protection projects.

Shiba Army Movement is a project dedicated to the Shiba Army and helping those in need: seriously ill children and their families and veterans. This project is global and, as the website says, “transcends borders and languages.”

Expressiffy is an online store that offers personalized and customized sequined shirts and beautiful pieces of own design. In addition to clothing, Expressiffy offers customized AirPod cases, phone holder rings, pillows, teddy bears, and other accessories.

Along with all this, NOWPayments is also burning 3% of its total profit earned from all SHIB transactions carried via crypto payment gateway once a month.