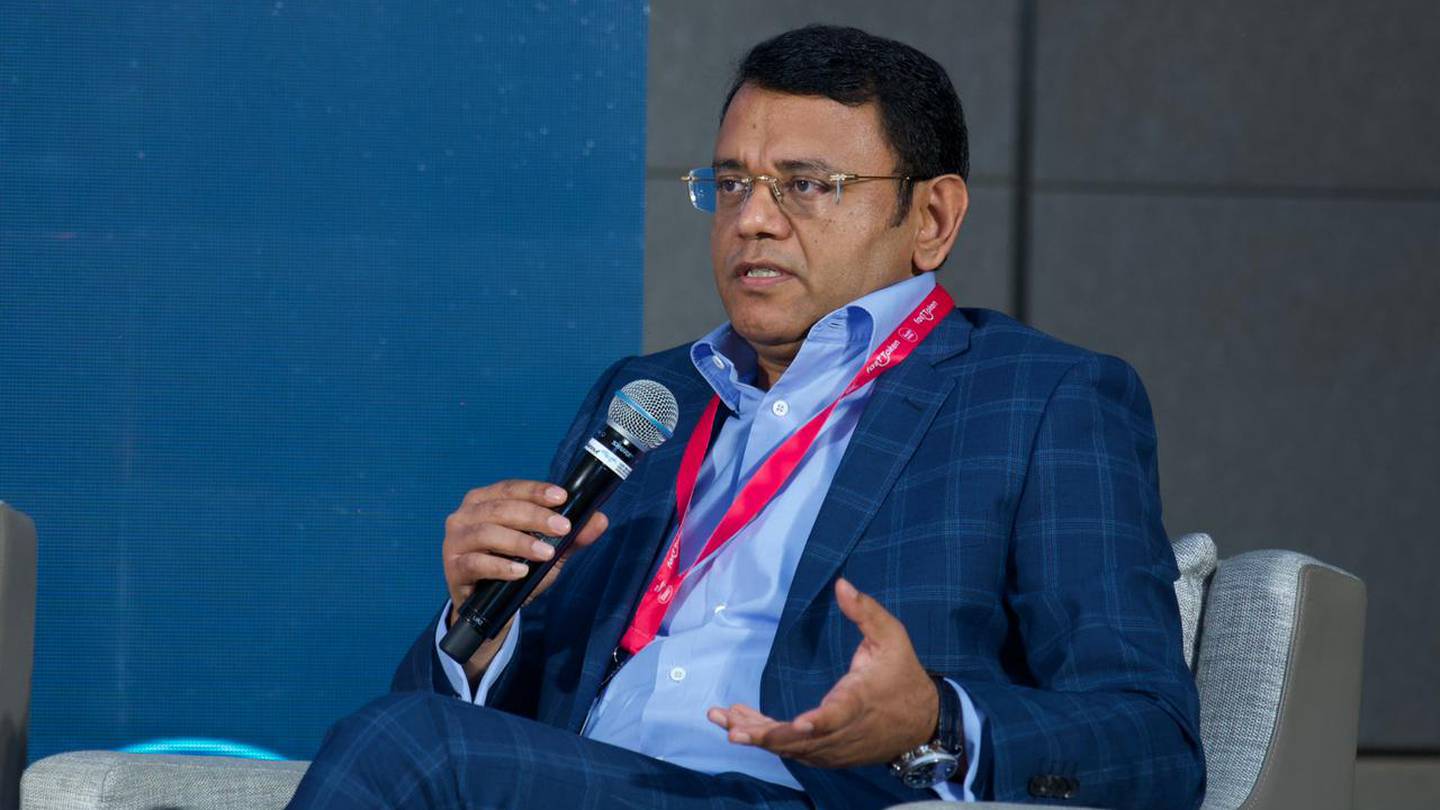 Exaggerated trends and the temptation of high returns in cryptocurrencies has spurred “greed” among investors, particularly those who lack investing knowledge, which in turn has been a major factor in the market’s current downwards spiral, the chief executive of Yoshi Markets has said.

The cryptocurrency market continues to face uncertainty and even its future is clouded at this point, so it is up to investors to be responsible and understand the risks before diving into an investment that could face further turmoil, Arshad Khan said in an interview.

“This is all because of the greed that came into the market,” Mr Khan told The National at the Wealth Today Summit in Dubai.

“Certain investors thought digital assets can come with any kind of innovation and it can give very high returns.”

However, the market’s crash has also provided a “bit of a clean-up” for the asset class, he said.

“The good thing is that clients should take a lesson out of this, and investors should also start inspecting themselves. You can not just believe someone who comes to you with promises of high returns – try to think first if that’s technically impossible. “

Bitcoin, the world’s first and largest cryptocurrency, crashed below the key $ 20,000 psychological level on Saturday as investors continued to shy away from riskier assets amid concerns of rising interest rates as central banks try to rein in inflation.

The digital token has since pared back its losses and was trading at $ 20,260.72 as of 9.16pm UAE time on Wednesday, CoinMarketCap reported.

However, it is down more than two thirds from its peak of almost $ 68,000 last November. Cryptocurrencies’ market capitalization is at more than $ 895 billion.

What was once touted as an industry that did not require regulation – blockchain, its underlying technology, eliminates the need for a central governing body – is now seemingly begging for governance to rein in wild price swings, growing illicit activity and platform collapses.

US-based Celsius froze withdrawals and transfers earlier this month, blaming “extreme” market conditions, while Binance, the world’s largest exchange in terms of volume, halted Bitcoin withdrawals on June 13 for a few hours because of what its chief executive called a ” stuck transaction ”.

The market was also rattled by the spectacular collapse of the Luna cryptocurrency and its associated Terra stablecoin. Luna, which was trading at $ 116 in April, fell to less than 1 per cent, while Terra – which, as a stablecoin, was meant to have a value of $ 1 at all times – was depegged on May 9, causing it to crash to 7 cents.

The situation has highlighted the important role regulators are playing in the world of cryptocurrency, as they engage with platforms and investors to provide a safe investing environment, Mr Khan said.

Investors should start inspecting themselves. You can not just believe someone who comes to you with promises of high returns – try to think first if that’s technically impossible

“Customers have seen what they can lose if they go to platforms that are not regulated or they go through some other brokers who promise the moon. At the end, you do not even get your capital investment back, ”he said.

“There are still people sitting on the fence, but you need to create that kind of confidence. If they see a regulated platform, they will have confidence. ”

Mr Khan also dismissed the view that the cryptocurrency market is a “scam”.

While he acknowledged that a small number of instances have rattled the industry – rogue platforms suddenly disappearing and running away with people’s investments, for example – he argued that the market’s longevity proves its credibility.

“Some say it’s a scam, a bubble, a Ponzi scheme – negative news flows faster than good. But I have never seen such a thing that can last for 12 years, if that is the case, ”he said.

“Look at how blockchain is solving the problems in the financial sector. If you can really understand blockchain and you can appreciate that side, you can completely change your perception. ”