Energy transmission on the blockchain conceptualised 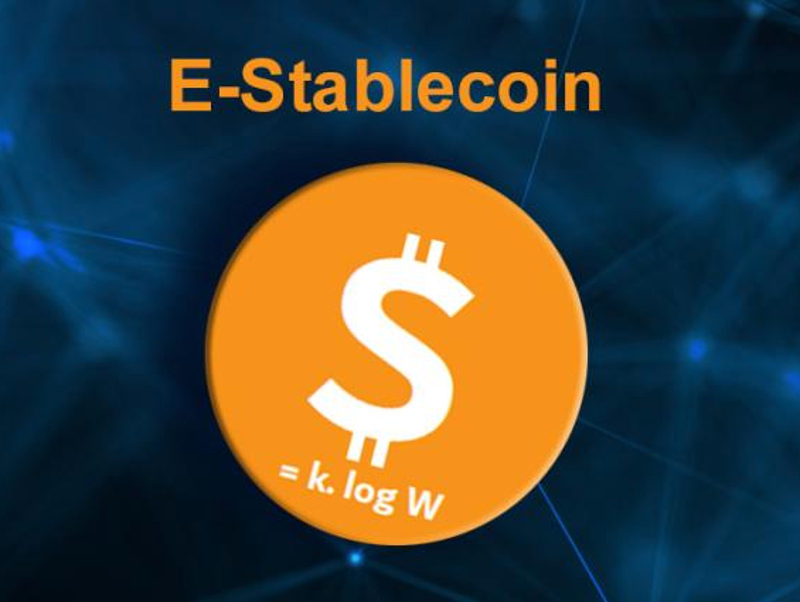 The new blockchain concept, dubbed the electricity-backed stablecoin (E-Stablecoin), could in the future, the researchers believe, allow electricity to be transmitted between users who are spread around the world through the communication of information and without the need for interconnecting wires or a grid-based transmission system.

The basis for the concept drawing on recent advancements in thermodynamics is two-fold. On the one hand is the blockchain-based ‘stablecoin’, which is a cryptocurrency with a stable price relative to an external currency or asset.

On the other is the thought experiment from the father of modern physics, James Clerk Maxwell from 1867 dubbed ‘Maxwell’s demon’, a hypothetical being or device capable of detecting and reacting to the motions of individual molecules.

Have you read?
Towards an approach for decarbonising crypto
Blockchain in Europe’s energy sector – policy and regulation

Without going into the theoretical details of the concept, which are outlined in the journal Cryptoeconomic Systems, in essence it involves the transfer of energy in the form of information or specifically ‘waste data’ from one party to another for deletion.

This waste data is comprised of information recorded as a side product of the demon’s action utilizing reversible computing and a Szilard engine, which converts the information to work or energy.

An example protocol has Alice connecting a Szilard engine to a large thermal mass at a single temperature, eg the earth. Using reversible computing, she extracts heat from the thermal mass and converts it into electricity, in the process also producing ‘waste data’ which must be stored locally.

Once her local storage drive is full of ‘waste data’, she must clear it to continue extracting energy, which she can do by outsourcing the process to Bob at another location. Bob then expends free energy at his location to erase Alice’s ‘waste data’, locally putting into the system the same amount of electricity extracted by Alice at her locality and effectively a transfer of free energy from Bob to Alice.

“The work solves critical digital asset stability problems and is the first cryptocurrency token design that is both collateralised by a physical asset and fully decentralised because it is secured by the laws of statistical mechanics,” according to a statement from LLNL.

Referencing the “explosive growth” in Bitcoin and other cryptocurrencies, the statement adds that this new cryptocurrency concept is a step toward implementing responsible digital assets that move beyond just the digital world and are instead tied to the physical world in more tangible ways.

In their conclusions, the researchers comment that at present, engineering and technology challenges impede the implementation of an E-Stablecoin network.

Present challenges include developing efficient Szilard engines, reversible computers and improved data storage capacity. Nonetheless, each of these challenges is also an area of ​​active research for independent applications.

Potential future uses of E-Stablecoin imagined include distributing electricity to remote locations that are not connected by an electrical grid or transmitting intermittent renewable energy to places where it is needed to stabilize the grid.