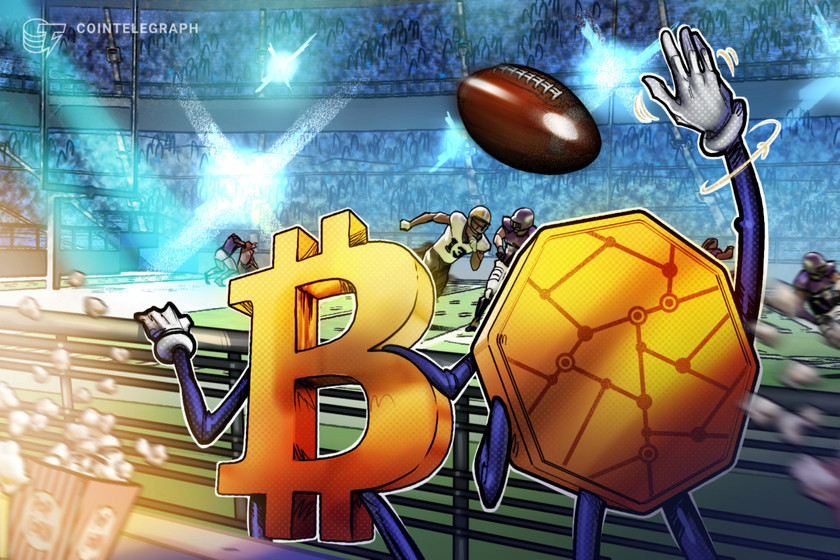 Drake spends his time betting more than $ 1 million in Bitcoin (BTC) on Super Bowl matches when he is not running through the six with his woes.

The award-winning rapper recently shared that he placed BTC bets worth a total of $ 1.26 million on the upcoming Superbowl match between the Cincinnati Bengals and the Los Angeles Rams.

Through the crypto sports betting platform Stake, the rapper bet over $ 471,000 for the Rams to be the winner, including overtime. Drake also expressed his confidence in the Rams’ wide receiver Odell Beckham Jr. The musician placed around $ 392,000 on Beckham Jr. having more than 62.5 receiving yards and another $ 392,000 on the wide receiver having over 0.5 anytime touchdowns.

Drake wrote, “All bets are in the family.” Beckham Jr. replied to the post, saying, “It’s time.” This triggered a response from Bengals fan and football veteran Charles James. “Yep, you just confirmed it! I’m Cincinnati! Burrow for the win. Call a reasonable number. ”

Related: Crypto exchange FTX.US to give away Bitcoin as part of Super Bowl ad

A few months back, Beckham Jr. partnered with Cash App and announced that he would take his NFL salary in BTC while promising to give back $ 1 million in BTC to his fans. The player’s 2021 season earnings are estimated to go up to $ 4.25 million. However, a sports analyst argued that Beckham Jr. faced losses because of the recent market crash and hefty taxes.

Meanwhile, the National Football League will be giving away limited-edition nonfungible tokens (NFT) to fans who will be present in the Super Bowl’s return to Los Angeles on Feb. 13. The NFT will commemorate the game day by giving a customized digital keepsake that features the unique section and row of the attendee.