Dogecoin is the real winner of Elon Musk’s Twitter takeover 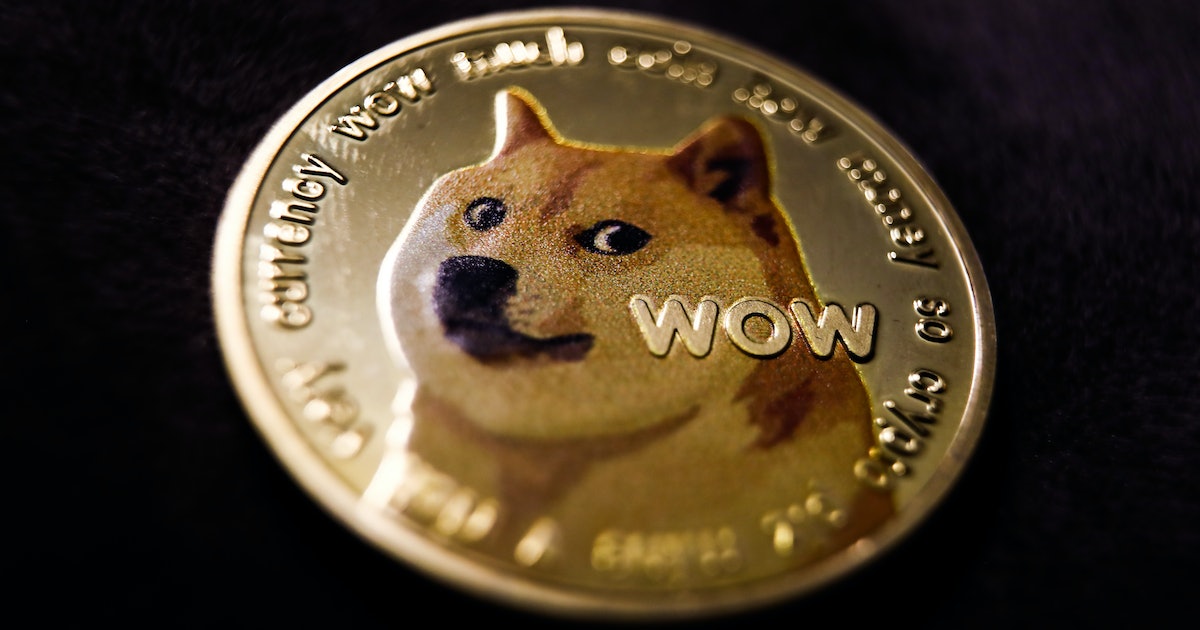 The world’s wealthiest man has opened the Seventh Seal of the Apocalypse and purchased Twitter, and the cryptocurrency of a meme-ified Shiba Inu is spiking. Happy Monday! Dogecoin has risen in value by almost 26 percent today alone, with most of the growth occurring after the 2:50 pm ET official press release that confirmed that Elon Musk would be buying Twitter for $ 44 billion.

But do not be fooled by this brief spike: the coin’s value has fluctuated tremendously in the past two years and it is not safe to assume that anything is going to the Moon (Musk’s plan to bring Dogecoin to the literal moon hasn’t taken flight ). Even after today’s Musk-induced rise, Dogecoin is worth just a quarter of its peak value. If you bought $ 1,000 of Dogecoin on May 7 of last year, it would be worth about $ 257 and some change today. Yikes.

It makes sense that early adopters would advertise Dogecoin like crazy – especially if they want exit liquidity. As cryptocurrency ads abound, Dogecoin has been shilled all over— even in fortune cookies. The speculative shitcoin, known for its sharp fluctuations, dearth of real-world use cases, and being a literal meme, has inspired a bizarre fandom complete with Dogecoin sex toys, Dogecoin satellites, a Dogecoin festival called Dogepalooza.

Musk and Doge – The cryptocurrency is famously a favorite of erratic billionaire Elon Musk, whose first public declaration about Dogecoin was a December 2020 tweet that said ‘One Word: Doge’ that sent the value of Dogecoin up by 20 percent. Musk’s doge tweets kept coming (and they do not stop coming). Some are simple, like the single word “Doge,” while others are more clever, like the image of Joan Miró’s ‘Dog Barking at the Moon’ painting captioned ‘Doge Barking at the Moon’ (which sent the price of Dogecoin up by more than 100 percent on April 15, 2021).

Market manipulation isn’t new for Musk, who was in the dog (e) house with the SEC in 2018 for tweeting that he could take Tesla private. The SEC subsequently fined Musk $ 20 million for securities fraud (about 1/1000 of his net worth, at the time) and Tesla $ 20 million. Today, Musk’s net worth is $ 268.2 billion, according to Forbes.

Created as a joke – The memecoin, created by software engineers Billy Markus and Jackson Palmer as a joke in December 2013, was originally intended to satirize the speculative nature of Bitcoin. But within two weeks, Dogecoin’s market value has reached $ 8 million, becoming the seventh largest electronic currency in the world. Much Doge! Very money!

That same month (within three weeks of its launch), the self-admitted parody suffered a hack in which millions of coins were stolen. “Such Hack. Many Dogecoin. Very Disappear. So Gone. Wow, ”reported TechCrunch. Co-founder Palmer eventually left the crypto community altogether, explaining on Twitter in 2021 that he believes “cryptocurrency is an inherently right-wing, hyper-capitalistic technology built primarily to amplify the wealth of its proponents through a combination of tax avoidance, diminished regulatory oversight and artificially enforced scarcity.” Palmer called Musk a “self-absorbed grifter” in a now-deleted 2021 tweet.