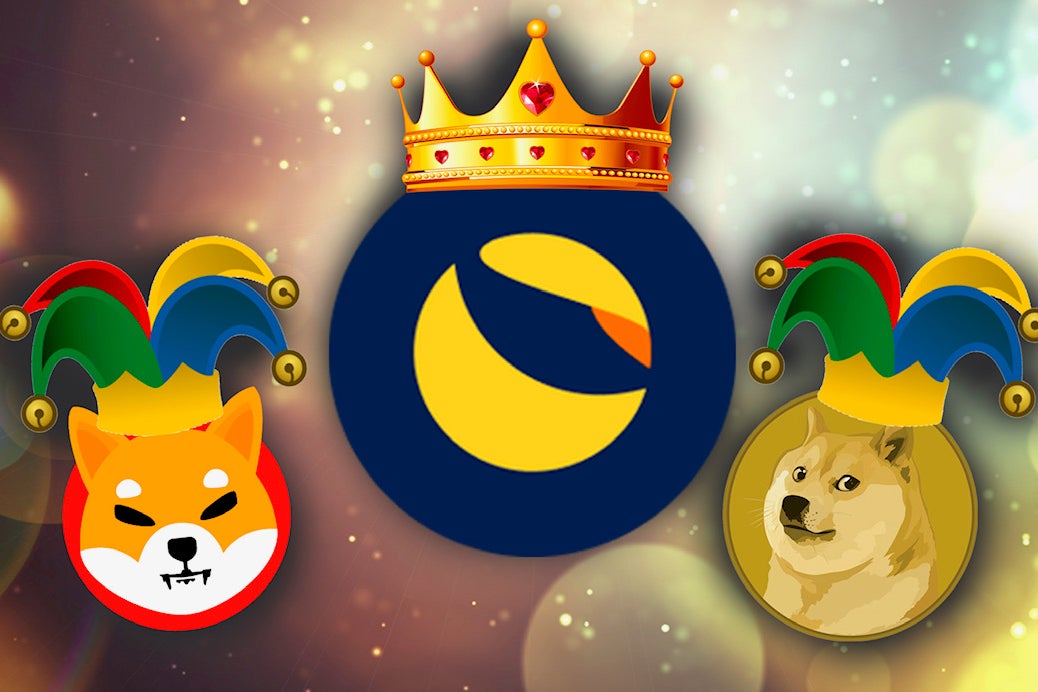 While dog-themed crypto tokens like Dogecoin DOGE/USD and Shiba Inu SHIB/USD enjoyed their time in the limelight, the crown of “meme-coin king” has been passed to Terra Classic LUNC/USDaccording to a report from Santiment.

Throughout the past few months, the #memeking crown has been handed off to $DOGS, $SHIB, #SAFEMOONand even $LUNC. We continue to see that social dominance spikes have led to local tops for these kinds of assets in particular. Read our latest insight! https://t.co/GOR16gSAr7 pic.twitter.com/TREwQQRv2p

The blockchain analytics firm observed that in recent months, DOGE’s social dominance has faltered while LUNC’s spiked to new heights.

“Just observing the price and volume patterns, there’s a very similar structure in LUNC right now to what was happening with DOGE a year and something ago,” stated the Santiment analysts.

“Both had an initial run-up, followed by a flat consolidation, after which the real craze began.”

When it was first created, LUNC or Terra Classic was far from what one would consider a meme-coin – usually tokens that investors pile into purely for speculation. At its peak, the smart contract platform, and its native token, was a well-established part of the crypto economy.

“[LUNC] had a spectacular rise and an even more spectacular downfall, going literally to 0 and leaving even the most stubborn dip buyers begging for change on the side of the road. But now it turns out, the phoenix has risen from the ashes, and a whole new wave of speculation is rolling up to the crypto shores,” wrote Santiment.