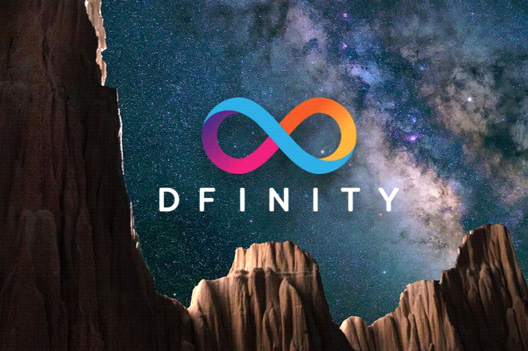 In the blockchain world, which includes DFINITY as a major player, history will easily remember 2021 as the “Year of the NFT.” Barely known by the end of 2020, non-fungal tokens (NFTs) exploded in popularity in early 2021, initially driven by NBA Top Shot, before being quickly surpassed by the likes of Beeple, CryptoPunks, the Bored Ape Yacht Club, and many more. In 2020, NFT market capitalization hovered around $ 330 million, while news outlets reported capitalizations of more than $ 41 billion a year later, a monstrous growth for the industry in just 12 months.

NFTs have introduced a new wave of participants in the blockchain and crypto space. New entrants are excited about the “next” Bored Ape project and dream of wealth that only a space like crypto can bring. But for all the interest in NFTs, it is likely that many participants still lack a true understanding of the underlying technology of NFTs and what it is that they buy when exchanging funds for the digital asset.

As NFTs continue to evolve and mature in the coming months and years, and as the valuations associated with a select group of NFTs continue to rise, it becomes more important than ever for individuals involved in these transactions to understand Which is what they bought.

Understand what “inside” an NFT is

Anyone who has participated in the buying, selling or transferring of NFTs is well aware that such transactions are extremely expensive. In addition to the actual cost of the digital asset, users have to pay gas fees, which can often run into hundreds of dollars for the party taking ownership of the new asset. However, a cost that is often overlooked by the public is the cost of storing the data within the NFT itself. These costs – which are usually maintained by the NFT issuer – can be extremely high, depending on the blockchain on which the NFT was launched.

On the Ethereum blockchain, storing one gigabyte of data can cost $ 240 million a year. The Solana blockchain, which increased in popularity in 2021 as an NFT blockchain alternative, performs relatively better, but is still out of reach for most individuals, with a cost of $ 840,000 per year for the same amount of storage.

Last year, digital artist Beeple sold an NFT artwork titled “Everydays: The First 5,000 Days” for a record-breaking $ 69 million. This artwork, 316,939,910 bytes in size will cost more than $ 72 million (at a price of 1GB = $ 240 million) to store on the Ethereum blockchain – more than the amount paid for the work itself! If Beeple were introduced at Solana, the same artwork would cost more than $ 250,000 to store, also a significant amount.

As a result, what happens with most signs of digital artwork is that the NFT file contains data that “points” to the actual file, which is stored outside the chain. With this arrangement, NFT participants can avoid the cost of storing the actual files on the chain but still buy, sell and exchange the product.

The problem with storing files outside the chain

In addition to the idea that many NFT owners may not be aware that the content they purchased on their NFT is not fully contained in the NFT file itself, storing NFT data outside the chain exposes the NFT container significant risks associated with centralization.

Imagine a scenario where digital artwork associated with an NFT is stored on a Google or Amazon Web Services server. The cost of continuing to rent and maintain that server has to be borne by someone – it can often be the NFT creators. Keep in mind that one day the creators will stop paying for that storage; the link contained in the NFT file will eventually point to nothing once the servers are turned off and leased to another party.

Imagine another scenario where either Google or Amazon decide that they no longer want to support these types of activities on their infrastructure. In an instant, these Web 2.0 behemoths may decide to shut down the servers where this digital artwork is, creating problems for the underlying NFT by pointing it to a link that no longer exists.

NFTs where the data is not stored in the chain ultimately have greater risks of losing the underlying content due to reliance on centralized third parties, either to continue to support the necessary IT infrastructure, or to continue to pay for maintenance.

While Ethereum and Solana have been popular blockchains to deploy NFTs over the past 12 months, the world is likely to start seeing an increasing number of NFT projects on DFINITY’s Internet Computer blockchain.

DFINITY’s Internet Computer (IC) blockchain is the world’s first blockchain solution to provide a true end-to-end decentralized experience for NFTs. From decentralized launch platforms to decentralized storage of NFT data files, DFINITY has introduced a solution that processes transactions at lightning speed while keeping costs for all its ecosystem participants affordable.

Compared to other blockchains, which require users to pay six- to nine-figure amounts to store 1 GB of data, IC users cost only $ 5 per year to store the same amount of data on the IC blockchain.

With such low cost, NFT creators are more likely to store data files directly on the internet computer blockchain as they will be encouraged to do so from a financial, operational and marketing point of view.

Financially, such low cost would be a huge saving to store directly on Ethereum and Solana, and possibly even from centralized or private servers. Operationally, creators will not have to worry about incurring maintenance costs to keep files stored outside the chain, thus ensuring that the NFT files sold will always exist. Finally, the ability to claim that an NFT and all of its content is actually contained on the DFINITY Internet Computer blockchain is a strong marketing angle – especially in a world where most files are stored outside the chain. With DFINITY, users never have to worry about their files being lost or “locked out” and holders will know that DFINITY offers a level of security on their assets that other solutions simply cannot do in the current market.

As NFTs remain hot in 2022, DFINITY and the Internet Computer blockchain will soon expand their footprint in this increasingly important space. In particular, this year will be the launch of Origyn Foundation, an NFT market that will run on top of the Internet computer. With investors like Paris Hilton, Bill Ackman and Polychain Capital on board, NFT audiences are on the verge of seeing a whole new model take shape in this digital asset world.

Furthermore, as more and more individuals enter the NFT space and truly begin to learn about how NFTs work and where the underlying data is stored, an increasing demand for a complete end-to-end decentralized solution is likely to occur. Further driven by the economy of low prices, no gas charges (the internet computer uses a “reverse gas” model), and lightning-fast speeds, DFINITY and its internet computer lead the way in defining what it really means to run NFTs possess. the blockchain.