My brain is fried from the two day heat wave that hit the Northeast US so small intro this week. We’ve got more “Dr. Frost ”- you did not think we were done with him yet, did you? – and two newcomers with titles that’ve fallen right out of the 90s Image: “Blood Reverie” and “Sable Curse.” You can read all this, and maybe a discussion of vampires, in this issue of The Webcomics Weekly. 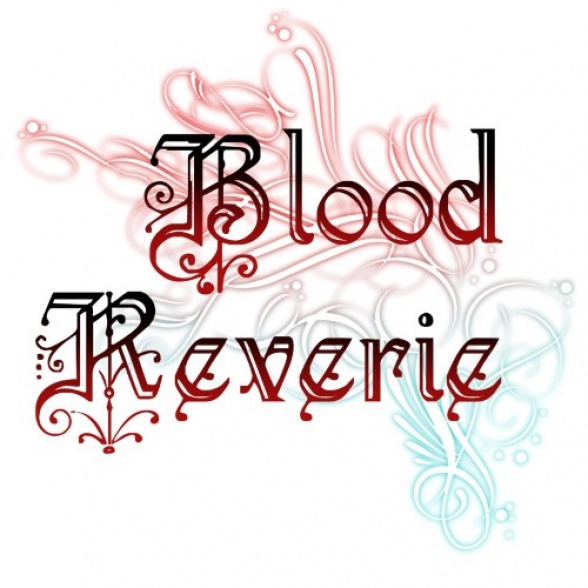 If you’ve read this column for any length of time you’ll know that in the ever expanding world of webcomics there are several things that will immediately catch my attention: pun titles, metal sounding titles, gothic romance, etc. “Blood Reverie” by LifeLight with color by LeeLoo combines several of these things together with its metal sounding title (it’s not too far removed from something eXtreme studios would do) and gothic supernatural romance!

Three episodes in “Blood Reverie” is a mishmash of genres from the already mentioned supernatural romance, to isekai, and… corporate espionage. With a healthy dose of physical humor thrown in. Do all of these genres seem to meld together that well? So far I would not say the bond is strong, but using the tropes of isekai to fuse the sudden shift into corporate espionage with the supernatural romance is a smart play. It effectively lets the creative team play at two wildly divergent story types against one another. The romantic dream world is filled with these lush decadent scenery and digital effects work. Cassia is in these elaborate and unwearable dresses that just look cool. While in the “real” world the design is boring in comparison as Cassia works as the cleaning staff for the generic and ominous MAXCORP.

These wild shifts in tonality might not be for everyone but their execution makes it work. The opening chapter in the “dream” world – I designate it this way due to the official synopsis – is this sumptuous erotic episode that abstracts out a love scene and renders bodies as amorphous forms playing off one another. It surreal and captures the dream logic of this space, which is why the sudden vampiric turn is also very effective as a cliffhanger. Meanwhile the MAXCORP setting is built in with a class-conscious humor and some well-trodden, but well executed physical gags. The corporate espionage is a real surprise and has me more interested than what Cassia’s next date will be.

It’s still early goings and “Blood Reverie” seems intent on going everywhere all at once, that isn’t the easiest of reads or engaging. How the creative team center Cassia in multiple aesthetics and genres is interesting even if her character is a bit of a blank right now. This could become something really bonkers and great or fall into a pit of aesthetic excess and lose its grasp on the narrative it is spinning. The art makes it worth checking out in the first episode at least.

You know, I’d totally forgotten that Yonghee Cho, Changgyu’s mentor, was the same guy who appeared at the end of Season 2 to tell Frost that Professor Chun was murdered. Part of this was the large amount of time between then and now, part of it was the change in art style, and part of it was the character’s new design after 5-7 years in hiding. I also thought that Changgyu was Yonghee at first but I realized pretty fast he was not the same person.

‘Blind Spot’ (7) – (8) is focused entirely on what Yonghee has learned since being let go from the newspaper, laying out for Changgyu and the audience his theory for what’s going on. Lee makes it pretty clear upfront that he’s mostly using this as a way of laying the groundwork more for us than Changgyu and that’s actually a good thing. “Dr. Frost ”has always done a good job of making the exposition engaging and keeping it clear when bringing in connections to real theories, methods, and the like. Honestly, I was pretty shocked by how bluntly ‘Blind Spot’ lays things out, comparing Moon (he’s back to Moon now) to Goebbels and Seon’s father to Hitler.

Perhaps it hits differently to a South Korean audience, in that the parallels are agnostic of deeds and instead indicative of their shared conservative, far-right ideologies and relationships to each other. Perhaps not. Regardless, I found it a compelling shorthand for the headier concepts expounded upon right after with regards to how fear can be used and weaponized. It pairs well with what we’ve learned already about YPA.

It also does a funky thing with the tension because Moon’s henchman is listening in the entire time and we keep cutting back to him. This builds the immediate tension while Changgyu & Yonghee’s conversation builds a more existential one while simultaneously being a break from the tenser chapters that preceded it. I was so enthralled that I breezed through both chapters before realizing there’s only one left in the arc, which is behind the coin wall at the moment, and that does not bode well for Yonghee. We’ll just have to see if he makes it out next time or not.

Terron Vogel, the cursed main character of “Sable Curse,” spends a great deal of the first four episodes crying her eyes out. But since she’s just found out she’s going to die in six months after a lifetime of ill-treatment by everyone from her parents to the other villagers in her town, a few ugly tears are probably justified. Terron’s arm is blacked and rendered lifeless, a situation brought upon by a mysterious curse by someone Terron doesn’t know. Her parents have decided to relocate suddenly to a house called “Sable House,” where, presumably, Terron and her sister will find out more about the curse and their parents’ suspicious need to leave the village.

Watching the black marks spread through flashbacks is a nice creepy detail, and when Terron gets revenge on her bullies, the artist depicts her descent into madness with a manic, expressive glee that’s really fun to read. Terron’s world is drawn as a typical Renaissance-fair village-like setting, one that feels familiar to readers of fantasy webcomics, but Terron herself gets an androgynous character design that I quite like. Though the scenes of Terron being bullied for her curse are on the nose, they’re also depressingly believable. There are some awkward dialogue and transitions in these episodes but the artwork overall does a great job of balancing a warm slice-of-life feel with a sense of creeping dread. When Terron’s eyes go wide and manic, it’s quite fun to see her let loose.

The setup of “Sable Curse” is solid, with Terron needing to find a cure for a curse that progressively incapacitates her. It provides plenty of opportunities for building tension and plot twists as Terron has to find ways to overcome her inability to use her arm. I’m going to assume that Sable House will be a haunted house of sorts, or at least provide a suitably creepy setting for further adventures. While it’s not billed as a horror comic, this one has just enough of a horror slant to it to pique my interest and follow along.