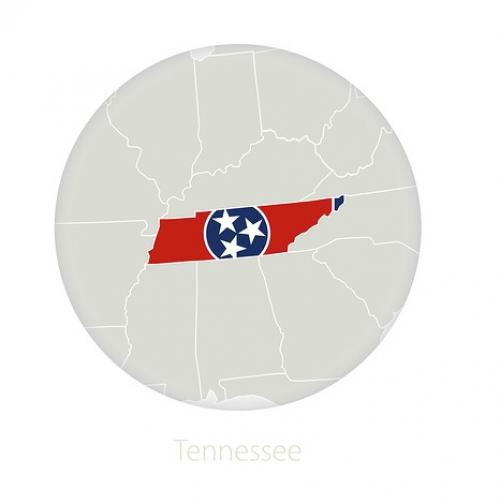 Stakers — taxpayers involved in proof of stake (PoS) validation of blockchain transactions — continue to operate in uncharted tax waters. PoS blockchains represent over half of the $ 1.68 trillion cryptocurrency market capitalization, with five of the top 10 PoS blockchains having a stake rate greater than 50%. Despite the remarkable growth of the PoS market in the last two years, there is no government guidance about the tax treatment of staking rewards.

In a closely followed case in the US District Court for the Middle District of Tennessee, Jarrett v. United States, No. 3: 21-cv-00419 (MD Tenn.), A taxpayer paid tax on staking rewards and sued for a refund. The question before the district court is whether the receipt of staking rewards generates taxable income at the date the rewards are received.

On February 3, 2022, it was reported that the Internal Revenue Service (IRS) offered to refund the taxpayer’s money for taxes paid on staking rewards. The taxpayer rejected the IRS’s offer to receive a definitive ruling that will be binding on the IRS.

In this article, we look at the issue before the district court and address the significance of the recent offer by the IRS to refund the taxpayer’s tax payment.

In PoS systems, stakers are chosen by combinations of random selection plus the amount of units making up their stake and / or the amount of time they agree to lock up the stakes in a specific digital wallet. Staked units support the blockchain operations by validating transactions on the blockchain and earning rewards. Unlike the mining activities of proof of work (PoW) blockchain miners, stakers validate new blocks by forging the next block on the blockchain without mathematical computations. Certain platforms participate in staking by pooling their customers’ tokens and sharing the staking rewards.

Although each blockchain protocol is different, PoS protocols require stakers to hold (for an agreed amount of time) and post a minimum number of units (stake) to participate in the validation process. Stakers receive, as staking rewards, a specified number of units, which are generally taken from other non-staking participants as transaction fees. These reward units redistribute the ownership stakes away from computers (nodes) that do not put up a stake to those nodes that do put up stakes.

In 2019, Joshua Jarrett (the taxpayer) engaged in staking activities where he posted Tezos tokens to contribute to the creation of new blocks of the Tezos public blockchain. The taxpayer received 8,876 new Tezos tokens worth $ 9,407 at the time of receipt. Following receipt, the tokens were available to be sold or exchanged for other cryptocurrencies, government-backed (fiat) currency, or for goods or services. During 2019, the taxpayer did not sell or exchange any of the 8,876 newly created Tezos tokens.

On the 2019 federal income tax return, the taxpayer reported $ 9,407 as “other income.” After filing the return, the taxpayer timely filed an amended 2019 tax return, asserting that the $ 9,407 in staking income is not taxable. The taxpayer asked for a refund of the $ 3,293 tax paid on the Tezos tokens (along with a $ 500 increase in tax credits that resulted from the reduction of the taxpayer’s income for a total refund request of $ 3,793).

The taxpayer did not receive a timely response from the IRS; he filed a complaint on May 26, 2021, in Tennessee district court seeking a refund. The taxpayer argued that the newly created Tezos tokens were only taxable at the time of sale, not at the time of receipt, and asserted that the foundational basis of US tax law is that newly created property (such as creating a cake or a book). is not an accession to wealth that is “clearly realized.” Under US federal income tax principles, an accession to wealth is a requirement that is necessary for an item to be included as income.

In a notice filed with the district court on February 3, 2022, the US Department of Justice (DOJ) Tax Division informed the taxpayer that a full refund had been approved and directed the IRS to issue the refund. In response, the taxpayer refused to accept the refund because the IRS will not provide any assurance with respect to whether tokens created through staking activities constitute taxable income at the time of creation. The taxpayer is continuing his efforts to receive a formal judgment from the court.

While some media reports are suggesting that the offer to refund suggests that the IRS has signaled or taken the position that staking income is not taxed at the time of receipt, this is not the situation. The DOJ did not explain the reason for the offer. Such an offer may be the result of the government hoping to delay the issue until it can cherry-pick a case with better facts in the government view or to otherwise avoid creating judicial precedence unfavorable to the government. The offer is nonbinding and does not provide guidance for which Jarrett or other taxpayers can rely.

WHERE ARE WE NOW?

Taxpayers still have no government guidance about the tax treatment of staking activities. This means that taxpayers continue to operate in uncharted tax waters. While a judicial opinion from Jarrett v. United States could provide some guidance, the case could take years to litigate and is only binding precedent for taxpayers in the Middle District of Tennessee — assuming any resulting favorable decision is not appealed.

In an effort to seek government guidance, a bipartisan group of Congress members sent a letter to the IRS in July 2020 asking that staking rewards for validators in PoS networks be taxed when sold, rather than treated as income upon receipt. The IRS has not taken any action on this request. As a result, taxpayers must continue to proceed with caution.