Could the Technology Reduce Drug-Related Issues? By DailyCoin 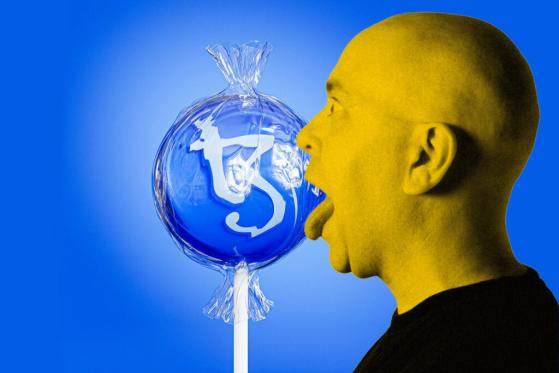 Getting High with the Help of Blockchain: Could the Technology Reduce Drug-Related Issues?

Anything is possible on the dark side. Commonly portrayed as the evil twin of the world wide web, the “dark net” is rarely out of the news, with stories of black market weaponry, hacking, human trafficking, violence, and drugs showing up every day. The ominous-sounding name of the “dark net” certainly captures the imagination with its mysteious, illicit digital worlds. But is there a light somewhere in the darkness?

Well, the short answer is: yes. The same technologies and anonymity that helps illegal criminal activities to thrive have kept the movements of subcultures, whistleblowers, human rights activists, and investigators alive and able to continue their important work. Since learning about the notorious ‘Silk Road’ marketplace, with its strong customer and vendor community, it is clear that the issue of the online drug market is not simply black and white.

After the seizure of the marketplace by the FBI, the online drug market has become more vital than ever, with hundreds of rival marketplaces remaining intact. Cutting off the ever-growing heads of the hydra might seem like the answer for law enforcement, but what if there was a different approach? Could blockchain technology and digitalization help reduce drug-related issues which have given policymakers headaches for decades?

Drugs are an evergreen issue that policymakers have continuously struggled to solve. While some authorities take firm, harsh action to tackle the drug trade, the harm-reduction approach has led to better results in other countries. The approach reasons that prohibition will not stop people from using drugs, so it is better to accommodate a safe framework in which the harm caused to users can be reduced as much as possible.

An iconic example of this approach is the Netherlands, known for its liberal and controversial approach to drug control. By several indicators, Dutch principles of tolerance and informed dialogue have been more successful than the repressive policies widely enforced across other parts of the world. A study found that people who use cannabis in Amsterdam are less likely to use cocaine than marijuana users in the US

Though cannabis is legal, usage of the substance in the Netherlands has not increased. On the contrary, consumption remains on par with European averages, and was in fact recorded to be far lower than in stricter environments such as the US

With coffee shops generating about $ 512 million in annual revenue, helping fill out the state’s budget, the Netherlands elected to invest heavily in policies and services for drug treatment, prevention, and harm reduction. Among these was the ability to have street drugs tested before consuming them. It is not a secret that the compounds of street drugs are often unpredictable, which has threatened the health and lives of countless consumers. The Netherlands was the first country to fund the testing and monitoring of drugs.

Removing legal barriers to drug checking opened up an array of opportunities. For the consumer – to be safer, for scientists – to research the drug market. All this while social workers provide advice and information about drug-related risks. The outcome of these policies is well-known by now, and reflects in the low number of drug-related deaths in the Netherlands.

If a state can regulate the drug market to reduce harm, can decentralized online communities do the same? The example of the dark net drug market and community suggests that they can.

Knowing the Quality of Recreational Drugs

Data on the behavior of drug users shows that, since 2014, purchases of drugs online have more than tripled, and those numbers continue to increase, with new users dicscovering drug markets everyday. Online drug distribution significantly soured during the COVID-19 pandemic, as the movement became restricted and a new source of drug supplies was needed.

Cannabis accounted for the largest share of drug transactions made on the 19 major darknet markets analyzed from 2011–2020. After cannabis, the most sought after substances were synthetic stimulants “ecstasy,” and cocaine.

According to the United Nations 2021 report on drugs, the number of marketplaces on the Tor network increased from 1 in 2011 to 118 in 2019, with an annual revenue of $ 298 million being generated on major marketplaces in 2020.

The key to the online drug markets is trust, though that seems like an oxymoron in such an inherently suspicious environment as the wild dark net with its complete anonymity. Even though there are no legal regulations governing the market, it seems to regulate itself through a reputation-based system which makes it feel safer to users than buying drugs from a random person at a nightclub, or from a friend of a friend who knows someone. .

A decentralized community empowers the customer. Instead of selling products on the dark corners of the street and disappearing after, vendors need to build their online reputation. It is essential, in fact, as it is instantly visible to customers.

Like Amazon (NASDAQ :), or any other online shop, the drug market has a review system in place for products, and the ability to request a refund in case of any problems. All transactions are saved on the blockchain, and cannot be deleted. Successful transactions naturally build a reputation and trust.

A typical vendor’s page will provide information about their number of completed transactions, when the vendor registered, when they last logged in, product information, their refund policy, and postage methods. Upon receiving their products, customers are prompted to review them. The dealers with the best reviews rise to the top, and if a vendor has a record of not sending the product, or providing lower quality than promised, this information will be instantly available to the next potential customer. All this combines to create a level of transparency that would be impossible in the street market.

Online culture is vital to such transparency because if product ratings on the marketplace do not do the trick, then the discussions held on forums will help to identify dodgy vendors. The collective judgment of the community regulates what would otherwise seem to be an unregulated market.

The need to build a reputation leads to a better quality of drugs. Indeed, when the FBI shut down the Silk Road in 2013, they claimed that more than 100 purchases of drugs that they initially made online as part of the investigation all showed “high purity levels.” Apart from the reputation system on the market, there are also initiatives such as the Darknet Market Avengers forum, which is dedicated to harm reduction and conducting testing of the drugs sold on the market. Users can send samples of their drugs to a drug-testing lab funded by community donations. Chemists will then test the products, providing feedback and results. The results are posted on the DNM Avengers site, including details of the specific vendor that sold the product.

Customers being put in control of the quality of service received could be an answer to the overwhelming issues of overdosing and drug-related deaths.

The quality of drugs is just one part of the problem. Another aspect is drug-related violence. The drug market is marked by monopolies, violence, and cartels — that’s how it has always been. But what if it could be different? Online marketplaces create different dynamics and liberalize the market. Most of the vendors on the dark net are not large-scale, international dealers, but middle-market retail dealers. With the possibility of selling online bringing many new people to the market, while also giving a voice to the customer, the power dynamic is shifting.

Online marketplaces also serve to shorten the drug supply chain. The longer a supply chain, the more money is involved, and the more violence it incurrs. The risk of more substances being mixed into doses to increase profits also rises.

Buying online also leads to higher safety, more so than simply knowing the quality of a purchased substance. Buying drugs on the street can involve going to unsafe areas, interacting with drug traffickers, and exposure to the unnecessary risks of robbery and murder. With online purchases, drugs are delivered to a mailbox or other location as a “dead drop” deal, reducing potential risks. Removing the drug trade from the streets can also benefit the urban neighborhoods, which are daunted by the challenges of pushers and gangs fighting over territories.

Online drug markets have the potential to convert the dirty business into simple transactions between empowered buyers and responsive vendors. James Martin, in his book ‘Drugs on the Dark Net’, writes that to build a brand, some vendors mark their production as “fair trade,” “conflict-free,” or “organic.” One dealer notes: “We never buy coke from cartels. We never buy coke from the police. We help farmers from Peru, Bolivia, and some chemistry students in Brazil, Paraguay, and Argentina. ”

Of course, no one knows how true these statements are, but crypto enthusiasts disarming cartels sounds dope, doesn’t it?