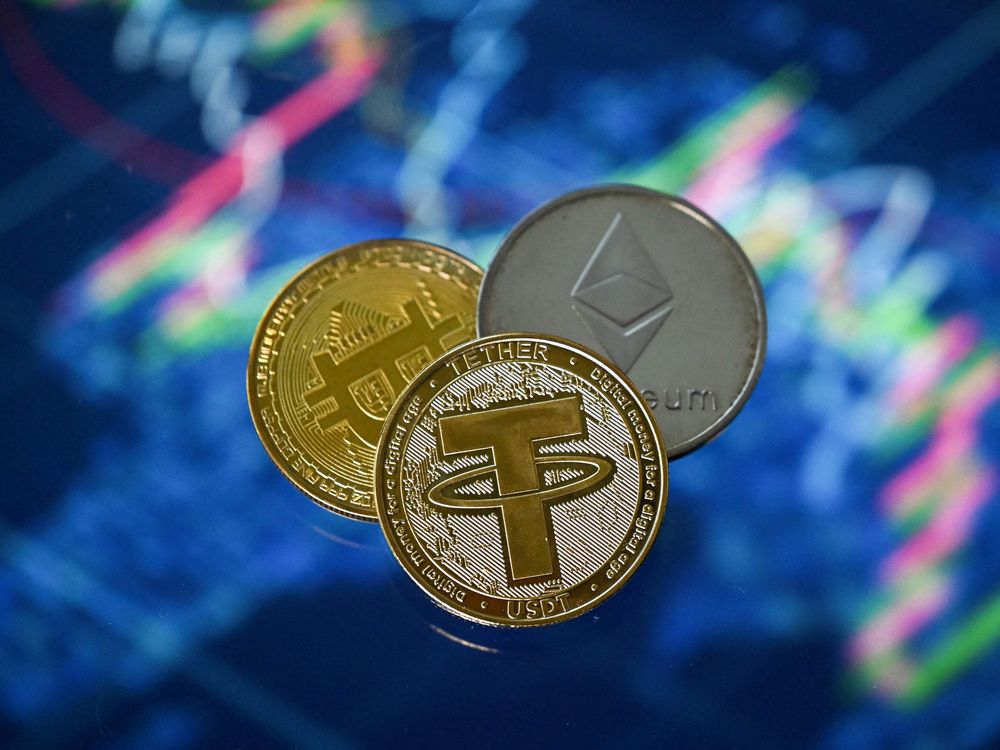 Some of Canada’s largest cryptocurrency exchanges are brushing off concerns about the sector after a recent bout of volatility exacerbated by the dramatic collapse of the TerraUSD stablecoin and its related Luna token.

TerraUSD (also denoted as UST) is a stablecoin native to the Terra blockchain network that used an algorithm to peg its value to the US dollar through Luna. But after Luna’s market cap rose to as much as US $ 40 billion, the peg began to break down this month, precipitating a run on the tokens, which lost 99.9 per cent of their value within a matter of days earlier in May. The trouble spilled over into the wider crypto market as well, with the values ​​of Bitcoin and Ethereum both tumbling more than 17 per cent between May 7 and May 11.

At least three of the seven fully regulated exchanges in Canada – Bitbuy, Wealthsimple and Coinberry – offered Luna or UST for trading. In some cases, they had only been available for a few months.

All three of those exchanges told the Financial Post they suspended trading in Luna assets shortly after the crash began on May 9. None would specify the amount customers lost in Luna trading as a result of the collapse.

In response to questions from the Financial Post, the Canadian Securities Administrators, an umbrella organization of Canada’s provincial and territorial securities regulators, said it is actively monitoring emerging “technology-related” regulatory issues.

“We are working to monitor and assess the presence and role of stablecoins in Canadian capital markets, and to identify and respond to regulatory implications and risks,” the CSA secretariat said in an e-mail.

In response to questions about whether regulators must approve the listing of individual coins and tokens, the CSA directed the Financial Post to two clauses in the decisions granting exchanges regulatory approval. The first clause outlawed exchanges from listing tokens that fit the definition of securities or derivatives. The second indicated that written consent of the securities regulator in their jurisdiction was required if the cryptocurrency was issued on behalf of a person or company that had been the subject of regulatory sanction in the last five years.

Other than “know your product” policies, which require exchanges to review technical, legal and regulatory risk as well as monitor assets for major changes, there appeared to be no other specific restrictions on the listing of cryptocurrencies, which was left up to the discretion. of exchanges.

Luna’s collapse reverberated through markets, hitting exchanges that had not even carried the token on their platforms, but those in the industry who spoke to the Post described the impact as temporary.

“There were some nerves obviously from people,” said Jeremy Koven, the chief operating officer and co-founder of Coinsmart, which did not hold Luna at the time but saw selloffs in other assets. “We looked at our flows we (did) see a little bit more selling than buying… when this was going on.”

Michael Arbus, chief executive officer at Toronto-based Bitbuy, told the Post that the number of users affected on their exchange was small, given that the asset was delisted within a week. He also said that buyers emerged as prices of other assets declined.

“(We saw) an exogenous event occur which was Luna, which triggered a one-day drop in bitcoin which completely changed the dynamic, and it became obvious that the interest in bitcoin at these prices (started to grow),” he said. “May has been the… best month for Bitbuy as an exchange operator (in 2022) in trading activity as well.”

Andrei Poliakov, chief executive officer and co-founder of the Toronto-based crypto brokerage Coinberry, told the Financial Post that failed projects like Terra / Luna are part of the iterative process that is helping the cryptocurrency sector turn into a more mature industry.

Poliakov said investors are past the narrative that crypto is “here today, gone tomorrow” and are more interested in what innovations the sector will bring.

Brian Mosoff, chief executive officer at Ether Capital, a cryptocurrency focused investment company, pointed to the cyclicality of crypto markets and sees this more as an opportunity for the sector to shake out the over-exuberant froth.

“I’m excited for what I think – what I hope – will happen in this downturn is a lot of the noise will get washed away,” Mosoff said. “We had a really frothy previous cycle, a lot of new money into the space and capital that had not, in my view, been well-researched, or thought through with any specific thesis where it should be placed.”

For Mosoff, this means less focus on overly hyped metaverse projects, junk non-fungible tokens (or NFTs) and cryptocurrency coins with dogs on them. He expects to see more consolidation in the space among companies and hopes that capital will be re-directed to more productive projects and more established assets such as bitcoin and Ethereum.

“The space is unlikely to die and go to zero, it’s super volatile, it’s just another part of the cycle,” said Mosoff. “Money will get smarter and people who participate and write checks into the space are going to get smarter and realize that not all of these things are going to go to the moon.”

For consumers in Canada, there appears to be little recourse for the failure of a crypto asset.

Digital currencies do not fall directly under the jurisdiction of consumer advocacy groups like the Financial Consumer Agency of Canada, though the organization has drafted a guide with advice on topics such as how to keep digital wallets safe and understanding exchange rates. The FCAC’s guide also warned that users could be exposed to fraud when dealing with crypto assets.

While exposure to the crash appears to be limited here, in South Korea, where Luna was developed, investor outrage has been fierce.

Last week, South Korean prosecutors launched an investigation into Do Kwon, Luna’s founder, aiming to hold him accountable for the collapse, according to the Financial Times.

Despite the investigation, Kwon may not be done with Luna. On Wednesday, a proposal to salvage and relaunch the token was approved, though the UST coin will not be included.

Under the newly approved structure, the original blockchain will be known as Terra Classic, while its native token Luna will be renamed Luna Classic with the ticker LUNC. The new Terra blockchain will start running a coin under the existing Luna name and ticker.

Whether it can regain even a fraction of its former value remains to be seen.

One prominent backer of the cryptocurrency defended his organization’s investment in the original project. Mike Novogratz, the chief executive of TSX-listed technology investment management firm Galaxy Digital wrote a public letter to investors affected by Luna’s steep downturn after he had talked up the asset for years, including getting a Luna tattoo and tweeting out “I’m officially a Lunatic !!!” in January.

“It was a big idea that failed,” Novogratz wrote.

With additional reporting from Bloomberg News

Sign up to receive the daily top stories from the Financial Post, a division of Postmedia Network Inc.

Thanks for signing up!

A welcome email is on its way. If you do not see it, please check your junk folder.

The next issue of Financial Post Top Stories will soon be in your inbox.

We encountered an issue signing you up. Please try again