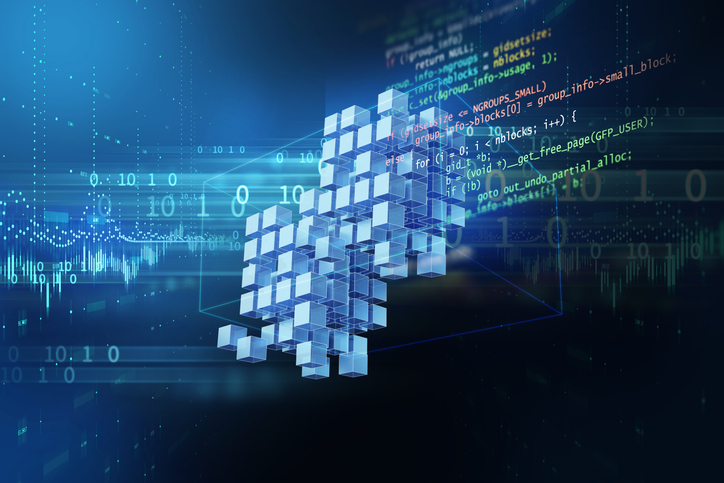 Imagine if the operations of cloud computing are decentralized. And what if a network of data centers is operated by not one single entity (eg, AWS or Alibaba Cloud) but a consortium of operators that works together through public blockchains?

Operators worldwide within the consortium will have equal rights to decide on service levels, pricing, and management of these cloud services. It will provide higher operational transparency with easier access to a larger volume of interoperable computing resources for their customers. Users can also access these cloud services via smart contracts for better traceability and agility of their usage. It is what Blockchain-based Service Network (BSN) is looking to implement.

“The purpose of the BSN Spartan Network is to build an easily accessible public IT network that consists of multiple NC public chains to bring blockchain technologies to the broader IT industry, far beyond cryptocurrencies,” stated the network’s whitepaper.

Celebrating its 80th anniversary, Emperor Group is a retail-focused conglomerate covering a

wide range of businesses from watch and jewelry, property development, and financial services to entertainment, digital media, and hospitality.

According to its group chief information officer Leo Tsang, the company continuously uses technologies to create value for its customers. One of the latest initiatives is to use blockchain and NFTs for customers to redeem movie souvenirs and premiums. To be launched in the upcoming movie promotions, the service is expected to bring customers a digitalized experience in the gift redeeming process and offer better traceability for the cinema’s loyalty program, which offers 4,0000 gifts per month.

“Everybody likes to watch a movie; thus, it is a great starting point to introduce this technology to our customers and our businesses, ”said Tsang. “The NFTs are meant for verification at the gift redeeming process and not for trading. But customers are welcome to keep them as a memento. ”

He added this is the company’s first blockchain project. With NC public chains at BSN Spartan Network, Tsang said the company could create NFTs without concern about the volatile cryptocurrency rates.

“We can never issue NFTs based on cryptocurrency like Ethereum, as the cost will be too high and volatile,” he said. “This is only the first step for our customers and for us to be familiar with NFTs. We can later ride on this experience and scale it to build other applications within the group. ”

In addition, genetic and diagnostics health testing company Prenetics is also exploring the use of BSN Spartan Network to empower its customers with better ownership of their personal healthcare data.

Speaking at the BSN Spartan Global Summit, chief technology officer Peter Wong said Prenetics is creating a platform that allows an individual to grant permissioned access to their health diagnostic reports to third parties, like hospitals, clinics, or airports. These reports would be stored in the individual’s private data vault within the blockchain-enabled platform.

“When customers share their reports to third parties, the content cannot be changed, but can be proven by Prenetics,” said Wong. “They can also choose to share only the relevant testing results, instead of all the reports.”

For better transparency of documentation, Fujifilm Business Innovation Hong Kong (FBHK) is also exploring the use of blockchain with BSN Spartan Network to build a service that securely stores and tokenizes digitally signed documents.

Alan Chan, director of marketing & supply chain management at FBHK said the company plans to create Semi-Fungible Tokens (SFTs) for the digitally signed documents to enable full traceability and enhanced security. It also lays the foundation for future auto-execution of smart contracts and business workflow, like the processing of payments.

“The essence of Web3 is decentralization, with blockchain and smart contract as the critical element in the governance and execution of its operations,” said Tsang from Emperor Group.

But it’s been difficult for enterprises to take part in Web3 or adopt blockchain by relying on the heavily volatile cryptocurrency. Tsang added the major reason the company decided to kickstart its first blockchain project with BSN Spartan Network is its NC public chains.

On top of BSN Spartan Network, BSN launched the Chinese version of a similar network BSN-DDC Networkearlier this year. According to Tim Bailey, vice president of global sales, Red Date Technology, it is handling more than one million daily transactions, demonstrating the potential of its international version.

Bailey added the BSN Foundation, the governing body of the BSN Spartan Network consortium, currently has five members, including Red Date Technology. The number of members is expected to reach 10 by end of 2022 and up to 40 eventually. This decentralized operation with NC public chain is expected to support general enterprises and their IT and digital teams with more accessible and affordable blockchain technologies, according to He.

“It [BSN Spartan Network] is technically not a blockchain, but a cloud project, ”said He. “The entire BSN organization aims to push for public IT system concept to enable mainstream businesses and IT operations to use public chain technologies.”

Sheila Lam is the contributing editor of CDOTrends. Covering IT for 20 years as a journalist, she has witnessed the emergence, hype, and maturity of different technologies but is always excited about what’s next. You can reach her at [email protected].