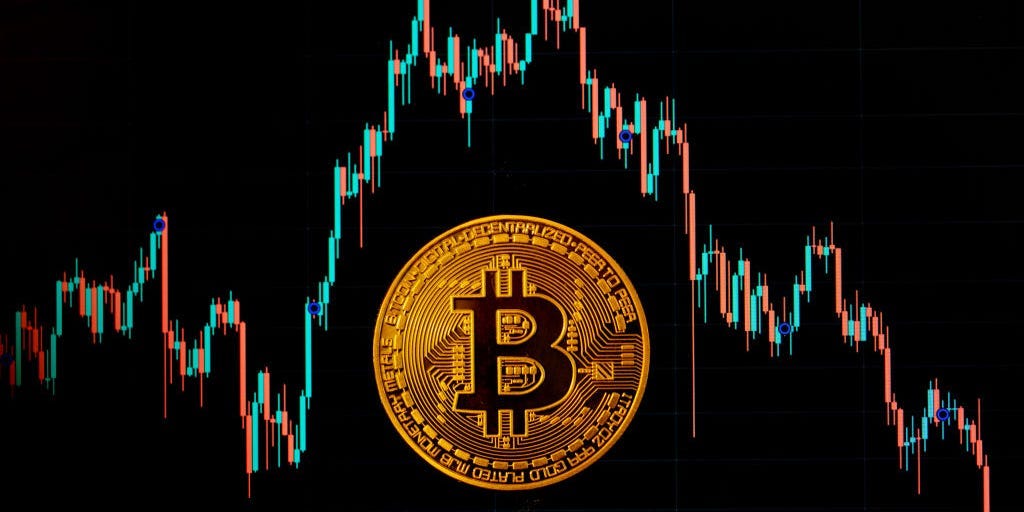 With bitcoin prices seesawing dramatically over the last year, no one knows which of those levels the world’s largest digital asset will retest first – not even proven crypto prognosticators like Bill Noble, a senior market analyst at Token Metrics.

After carefully analyzing crypto market charts and catalysts, Noble told Insider in a recent interview that bitcoin is also at about the midpoint between its current bull and bear price targets, which are $ 56,000 and $ 28,000, respectively.

In the upside scenario, bitcoin shakes off concerns about rising interest rates that have crushed investor sentiment and climbs to $ 56,000 before year’s end. Then, sometime in 2023, the token finally surges beyond the much-anticipated milestone of $ 100,000.

“Once the global financial stomachache is over, then I think in 2023 crypto emerges – even if it’s later in 2023 – as the ultimate financial investment for the future,” Noble said.

In the less-rosy scenario, Nobel said that the war in Ukraine, 41-year-high inflation, and a policy error by central banks puts cryptocurrencies under even more pressure. But ultimately, Noble believes that even that stressful outcome would be a buying opportunity in the long term.

“Crypto can go down, and then there’s a whole bunch of people waiting to buy it down there,” Noble said.

How to prepare for the ‘worst-case scenario’ for bitcoin

That scenario would only materialize if history repeats itself and a bond market rout bleeds over into the stock market, Noble said, citing 1987 as an example. Thirty-five years ago – more than two decades before bitcoin existed – the S&P 500 crashed 22.6% in one session. The chaos came after a months-long bond selloff that sent yields, which move inversely to prices, spiking.

Fast-forward to 2022, and bonds have gotten eviscerated as the

starts to rapidly increase interest rates to finally slow what’s been “unaddressed inflation,” as Noble put it. Higher rates mean that there are more alternatives for investors to put their money in, which makes risky assets like stocks and cryptocurrencies less attractive and possibly subject to a downturn.

“The hopeful situation for crypto is that crypto just trades back and forth in a range, the way equities did during the last bond market crash in 1994,” Noble said. “The worst-case scenario for crypto is the rise in bond yield parallels to what happened in 1987 right before stocks crashed.”

Noble continued: “Here’s the balancing act: If stocks crash, we believe crypto is obviously going to get dragged down with it. But crypto will come back a lot faster.”

Though falling stocks may cause bitcoin to crash back to levels last seen in 2020, Noble said he’s confident that this won’t be the start of a dreaded “crypto winter.” The case for digital assets is “way more clear” than it’s been in past slumps, Noble said, citing a survey released on April 11 that showed that financial advisers believe clients should have 6% of their money in crypto.

Most crypto investors should keep a long-term mindset and focus on the oft-repeated adage of “time in the market, not timing the market,” in Noble’s view. However, the analyst suggested that crypto traders may make a quick buck by following another saying: “Sell in May and go away.”

Noble said that, if a crypto downturn does happen, it will most likely be during the summer. Having money ready to deploy may be wise, Noble said, but he admits that the unpredictability of inflation and how the Fed will respond to it complicates the picture.

Just as stocks plummeting would drag down bitcoin, any weakness in the original digital asset would have enormous sway over altcoins, or smaller cryptocurrencies.

Back in September, Noble expressed affection for three lesser-known tokens: AirSwap (AST), Eden (EDEN), and Immutable X (IMX). Those coins “had their day” but have since faded, Noble said. Now, he recommends that crypto investors get choosy and manage their risk with altcoins.

Below are the two altcoins that Noble is bullish on right now, along with the symbol, market capitalization, use case, and the crypto analyst’s thesis for each.