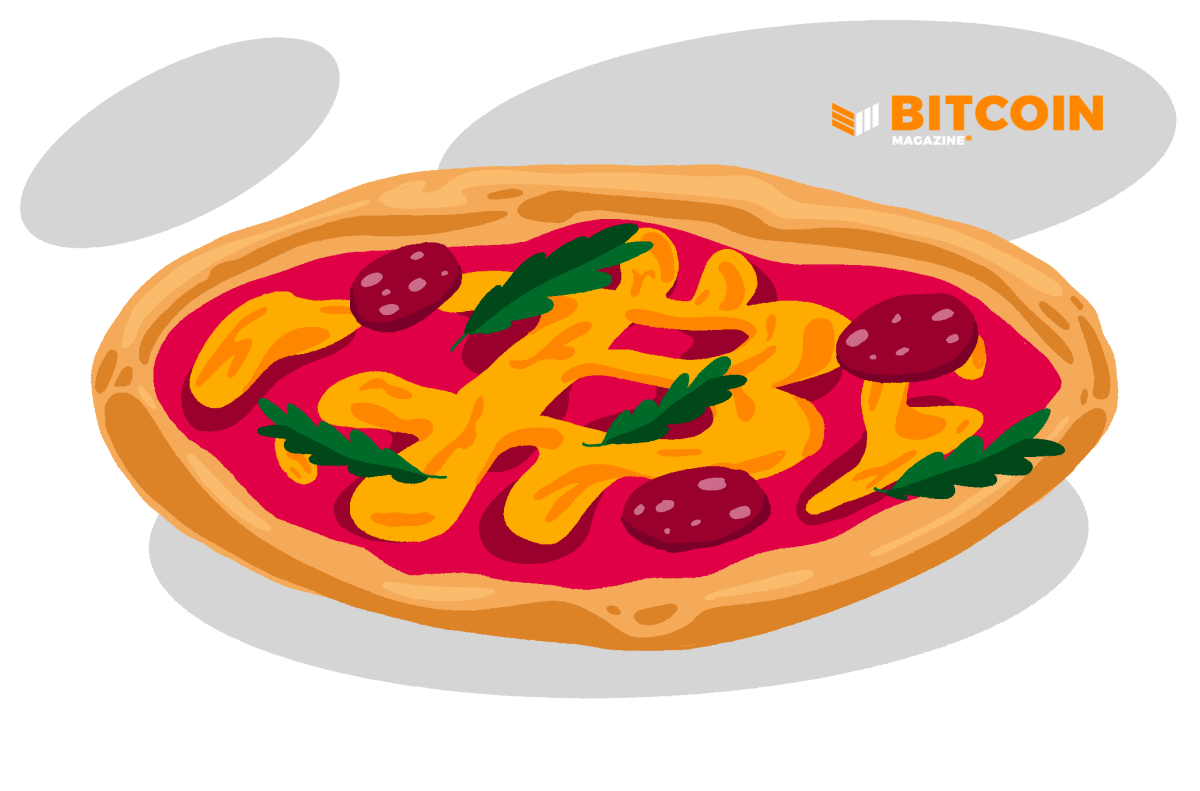 That is the title of a post from a user named “laszlo” dated May 18, 2010, on the obscure forum in a dimly-lit corner of the internet, bitcointalk.org. The request was straightforward enough, “I’ll pay 10,000 bitcoins for a couple of pizzas. Like maybe 2 large ones so I have some left over for the next day. I like having left over pizza to nibble on later. ”

A user named “ender_x” commented on the thread later that day saying he thought 10,000 bitcoin was “quite a bit” for two large pizzas and wished him good luck on his journey to acquire “free pizza.” As it turns out, laszlo did not need luck, and neither would those pizzas be considered “free.” Five days later, on May 22, 2010, at 7:17 pm, he commented on his own post with a picture of his pizzas saying, “I just wanted to report that I traded 10,000 bitcoins for pizza.” And with that, laszlo (full name: Laszlo Hanyecz) documented the first physical good purchased with bitcoin. There is even a plaque commemorating the purchase at the Papa John’s in Jacksonville, Florida, that reads, “Papa John’s. Makers of the famous Bitcoin Pizzas. May 22, 2010.”

To say Hanyecz loved pizza, would be an understatement. After this successful exchange, he posted that 10,000 bitcoin for two large pizzas was “an open offer.” Evidently many more people ordered pizza for him because on August 4, 2010, Hanyecz rescinded his offer citing that he could not afford to keep generating enough bitcoin to pay for the pizzas.

Many months later, on November 29, 2010, in an eerily prophetic fashion, another user named “ribuck” posted on the thread saying, “Will this eventually become the world’s first million-dollar pizza?” As history would play out, ribuck’s prediction would prove to be far too low. It’s fair to say that no one in that forum could have predicted or anticipated just how valuable those bitcoin would become.

Since that forum thread, bitcoin has enjoyed a wild ride to the moon. At the time of writing, 10,000 bitcoin are worth approximately $ 291,305,000! Did Hanyecz expect bitcoin to ever become as valuable as it is today? Probably not, but that’s not the point. Hanyecz just wanted to do a simple exchange, bitcoin for pizza. And that’s exactly what he did.

Today, many look at this trade and think, “Oh wow, that guy must feel like a complete buffoon. Who trades that amount of money for two pizzas? ” If that is what you think, then I’m afraid you’ve missed the impact of this monumental event. Hanyecz himself said in an interview on CBS47, “People ask me… oh man what an idiot why didn’t you keep that bitcoin? It’s like, well, you know, somebody had to start it off. “

When Hanyecz purchased those pizzas, it established for the first time that bitcoin had market value. Of course, if it was not Hanyecz it would have been someone else, it was inevitable. Hanyecz himself does not regret the purchase and neither should we ridicule him for it. Instead we ought to thank him for pioneering bitcoin adoption.

Bitcoin Pizza Day is one of those stories that, unless it was documented, you would not believe was real. As with much of Bitcoin’s history, Hollywood couldn’t write a script better than how it actually played out.

Now Bitcoiners on every continent commemorate this event every May 22 by buying pizza and sharing it with family and friends. In an almost religious fashion, Bitcoiners gather to remember the monumental day a humble Floridian in Jacksonville bought some pizza with a new, whacky internet money that only a handful of people even knew existed at the time.

My humble city of Windsor, Ontario Canada is lacking a Bitcoin meetup and community, so I decided to leverage Bitcoin Pizza Day by hosting the first Bitcoin meetup in the border city. As a pastor of a local church, we have the advantage of using our worship space to host the event. Did Hanyecz ever think that his simple two-pizza purchase would domino through time to an event celebrating his purchase at a church in southern Ontario? Probably not, yet here we are! We were able to secure sponsorship from Shakepay and Coinkite and are happy to have Greg Foss coming to do the orange-pilling. It’s sure to be an amazing time.

Maybe you can not host an event like this, but can you invite your family and friends over for some pizza? Can you share the story of Bitcoin Pizza Day with them while you feed them some delicious cheesy pies? Bitcoin Pizza Day is sort of like the Bitcoin version of Thanksgiving, but instead of turkey, it’s pizza. It’s a time for thankfulness and remembrance for how far we have all come. Bitcoin Pizza Day is a reminder that we are going to make it! Bitcoin Pizza Day is also one of the best orange-pilling opportunities of the year.

Consider starting a family tradition. In my home we make homemade pizzas and our children pay for it by sending each other sats (the smallest unit of bitcoin) on the Lightning Network. It’s a day we all look forward to every year. The kids love it, we love it and everyone wins. Get creative with it, use it as a teaching opportunity and have a little fun. So invite your family and friends over, share the story of Bitcoin Pizza Day with them, eat some pizza, be thankful and rejoice.

Bitcoin is a uniting force in this world. Bitcoin is for everyone. Bitcoin doesn’t care if you’re male or female; Bitcoin does not care about your education level or where you were born. Bitcoin is a truth protocol that cannot discriminate. Bitcoin represents freedom from the financial oppression of fiat bankers who have been inflating our savings away for over 50 years.

Whenever I think of Bitcoin Pizza Day, I can not help but be reminded of the sage wisdom of Andy Bernard, “I wish there was a way to know you’re in the ‘good old days’ before you’ve actually left them . ”

Did Laszlo Hanyecz realize he was at the front end of the good old days of global Bitcoin adoption when he posted on bitcointalk.org? Probably not. This Bitcoin Pizza Day, know for certain you are in the good old days, order two pizzas, pay with bitcoin if you can and enjoy the good old days now because there are many good days yet ahead.

This is a guest post by Alin Patularu. Opinions expressed are entirely their own and do not necessarily reflect those of BTC Inc. or Bitcoin Magazine.