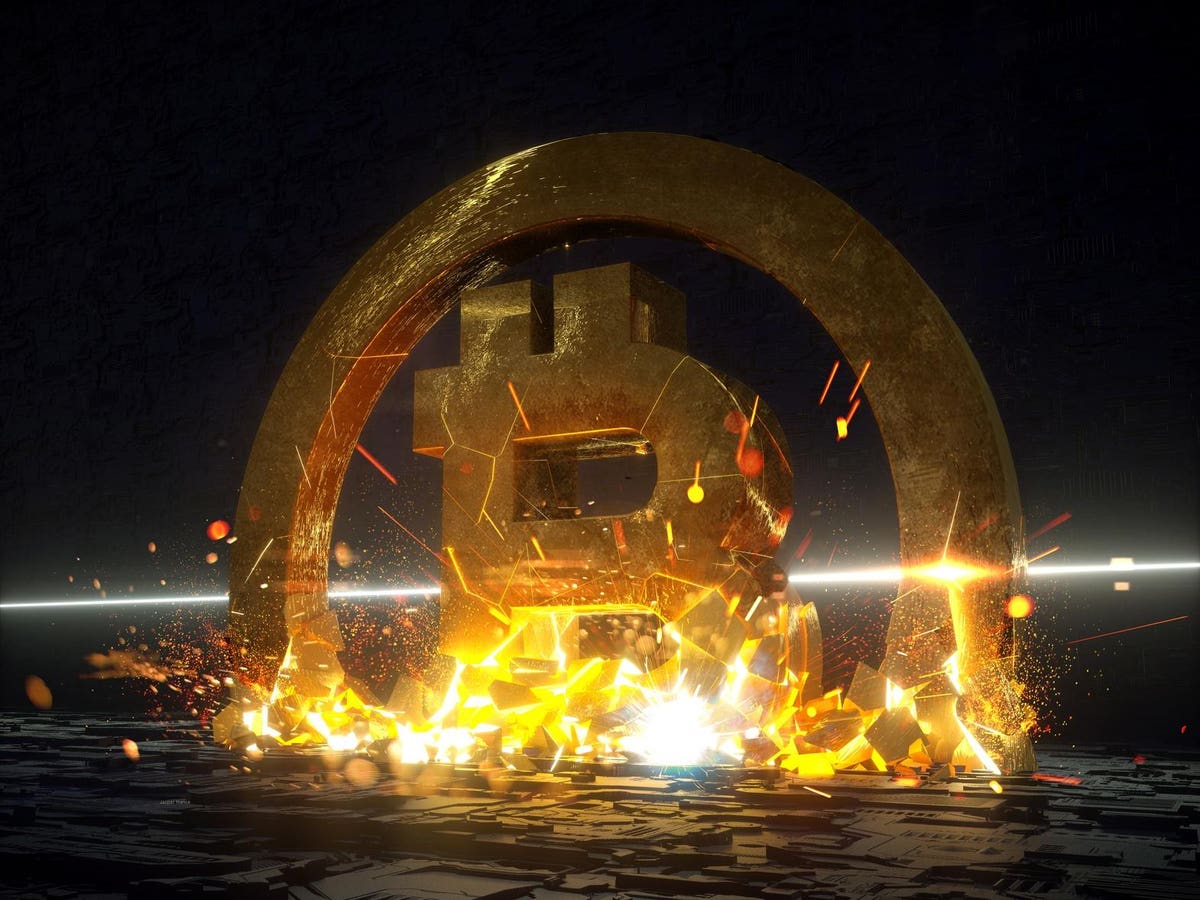 As bitcoin enters a new bear market, the mining sector is feeling the pain. Specifically, miners are seeing their profit margins dwindle as Bitcoin’s price falls and Bitcoin’s mining difficulty continues to rise.

Bitcoin mining revenue potential, defined as its hashprice, has fallen some 68% from its 2021 peak and 58% from 2021’s average.

Hashprice is a Bitcoin mining metric that measures the revenue potential of a unit of Bitcoin mining compute power (what we call hashrate). Hashrate is measured in dollars per terahash (TH) per day. So if hashprice is $ 0.12 / TH / day, then a 100 TH machine (“terahashes” refers to how fast a mining rig produces computations) can produce $ 12 per day.

Two things affect Bitcoin’s hashprice: Bitcoin’s actual price and Bitcoin’s mining difficulty, which impacts the likelihood of solving a block and obtaining a reward of 6.25 BTC (approximately $ 187,500). For a bit of context, at bitcoin’s all time high in November 2021, a block reward would have yielded approximately $ 430,000.

As Bitcoin mining profitability wanes, most Bitcoin mining stocks have tumbled 60% or more during the current market rout. As you can see in the chart below, leading mining companies such as Marathon, Riot, Bitfarms, Hut 8, Hive, Core Scientific, Argo Blockchain, Iris Energy, DMG Blockchain, and Cleanspark, have seen their prices tumble 50-60% on average.

What Do Thinning Margins Mean for Public Miners?

Many of the big public companies are still mining profitability, and some will continue to do so even if hashprice is cut in half from here (from ~ $ 0.12 / TH / day to $ 0.06 / TH / day). Still, some like Bitfarms and Core Scientific have walked back their hashrate estimates for 2022, a cautionary step given the market’s dramatic temperature change. It would not be unexpected for other miners to do the same in the coming weeks and months.

In particular, the bear market could be difficult for miners who are overleveraged and who purchased more machines in 2021 than they could plug in during last year market mania.

And it will also be brutal for miners with larger operating costs in the form of higher energy or hosting. For example, a miner who pays $ 0.06 / kWh for electricity is still making healthy margins (see chart below), but not nearly as much profit as the peak of last year bull market.

Of course, this model does not take into account other operational expenses outside of electricity, and in reality, each miner’s situation is different. But the basic idea stands: mining margins are thinning, and miners higher up the operational cost (eg, cost of machines and infrastructure) ladder will be in trouble when / if hashprice drops below $ 0.10 / TH / day.

Many public and industrial miners have the lowest cost of production, so some of the more established players aren’t sweating yet.

But just because a miner is big, that’s no guarantee that they will weather the coming bear market. In fact, per a report on break-even costs for public miners, Galaxy Digital Research found that, out of 10 miners surveyed, the simple average for break-even heashprice was 13 ¢, the median was 11 ¢, and the hashrate-weighted average was 10 ¢.

So according to Galaxy’s research, the average miner in their cohort is treading water.

With that in mind, this bull market will separate the acquisition class from the merger class. Those who made big promises in the bull but can not deliver in the bear will get gobbled up. Those who can execute will thrive and have an opportunity to purchase cheap assets (rigs, farms, etc) when we enter the belly of this bear market.