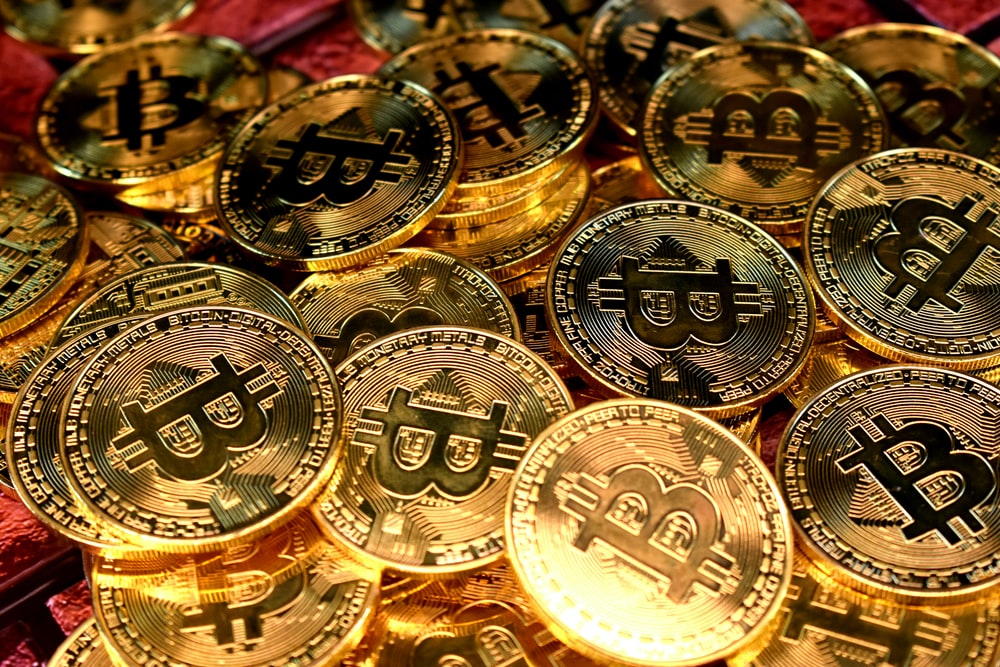 Bitcoin has been steadily increasing since its January low of $ 32,933.33. While seeing a 28 percent increase in value. However, after forming a ‘double top’ formation near the swing highs of $ 45,500, the price fell. Bitcoin begins the week on a steady decline towards pivotal support at $ 40,000, where it has been for some time.

Following a week of celebration for bulls, the present environment appears to be a harsh dose of reality as BTC confronts jittery stock markets, a rising US dollar, and other factors.

The bullish Bitcoin narrative was put to the test this week as geopolitical tensions between Ukraine and Russia, as well as the likelihood of a 50 basis point Federal Reserve interest rate hike in March, weighed on the world’s largest cryptocurrency. However, Bitcoin fundamentals show that BTC is still in upward momentum. Here are some factors to consider.

Interesting activity has been taking place in Bitcoin derivatives markets during the ascent to and fall from local highs.

Open interest leverage has been evaporating from futures markets, as reported by Twitter observers including Glassnode chief analyst Checkmate, and with it the possibility of being deleveraged or “liquidated.”

Checkmate tweeted Sunday alongside a chart showing the de-risking:

“Bitcoin futures leverage has fallen significantly this week, falling from 2.0% of the market cap, to 1.75%. However, this was NOT the liquidation cascade we all know and love. This is from traders choosing to close out their positions, far healthier. I expect a spot to lead now. ” 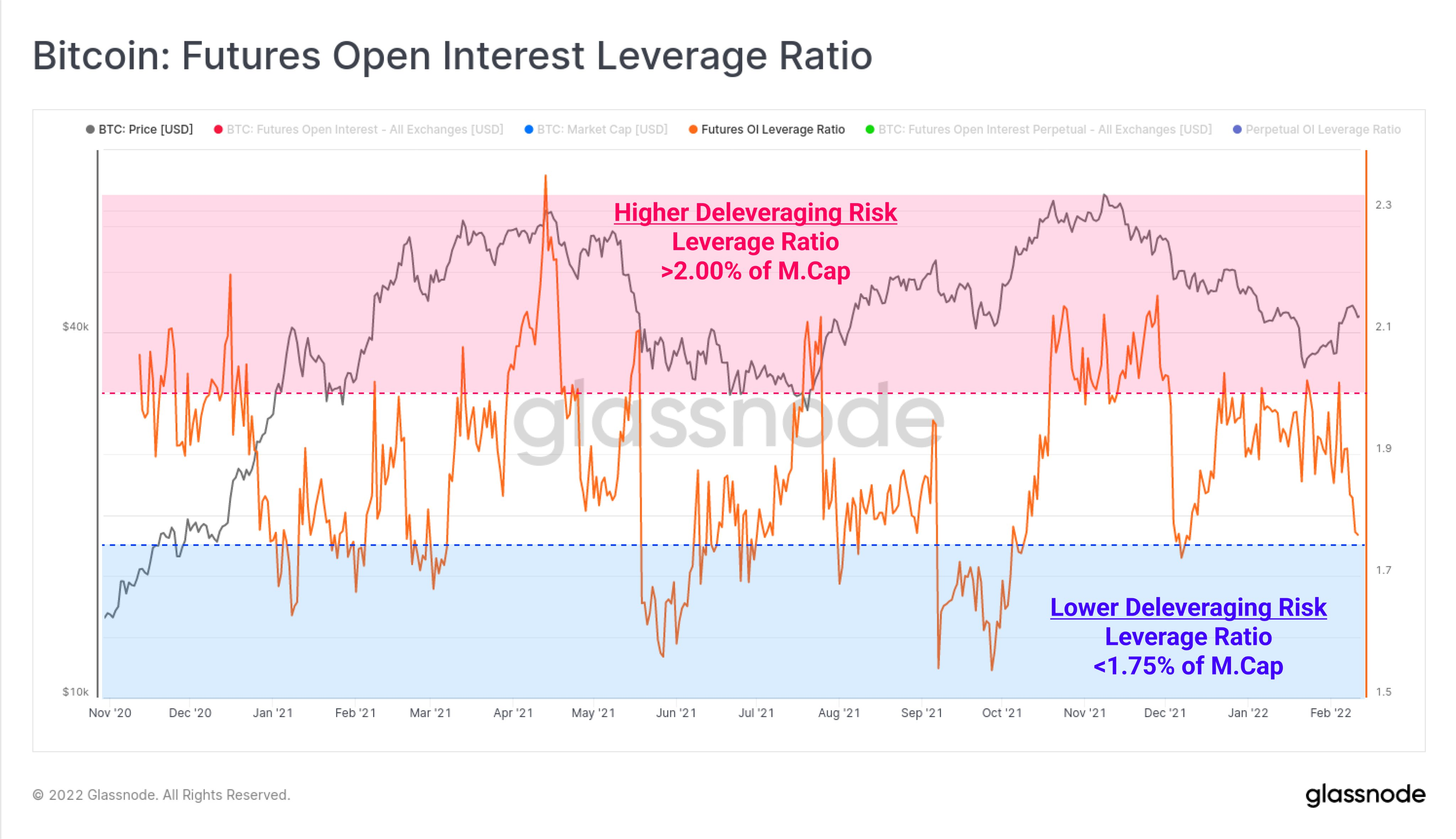 In regards to the relationship between spot and futures pricing, Byzantine General, a fellow commentator, stated that futures may now begin trading below, rather than above, spot price.

He added in his own article tonight that the difference between the futures basis and spot is already “pretty significant,”

Following a ten-day comeback, Bitcoin is again confronting resistance levels that have been off the bulls’ radar since the middle of January.

After passing $ 45,500 late last week, the weekend was reasonably tranquil, despite a series of lower lows on the daily chart.

With that, however, comes the chance of short-term upside to close the CME futures “gap” which is now near $ 42,400 above spot pricing. 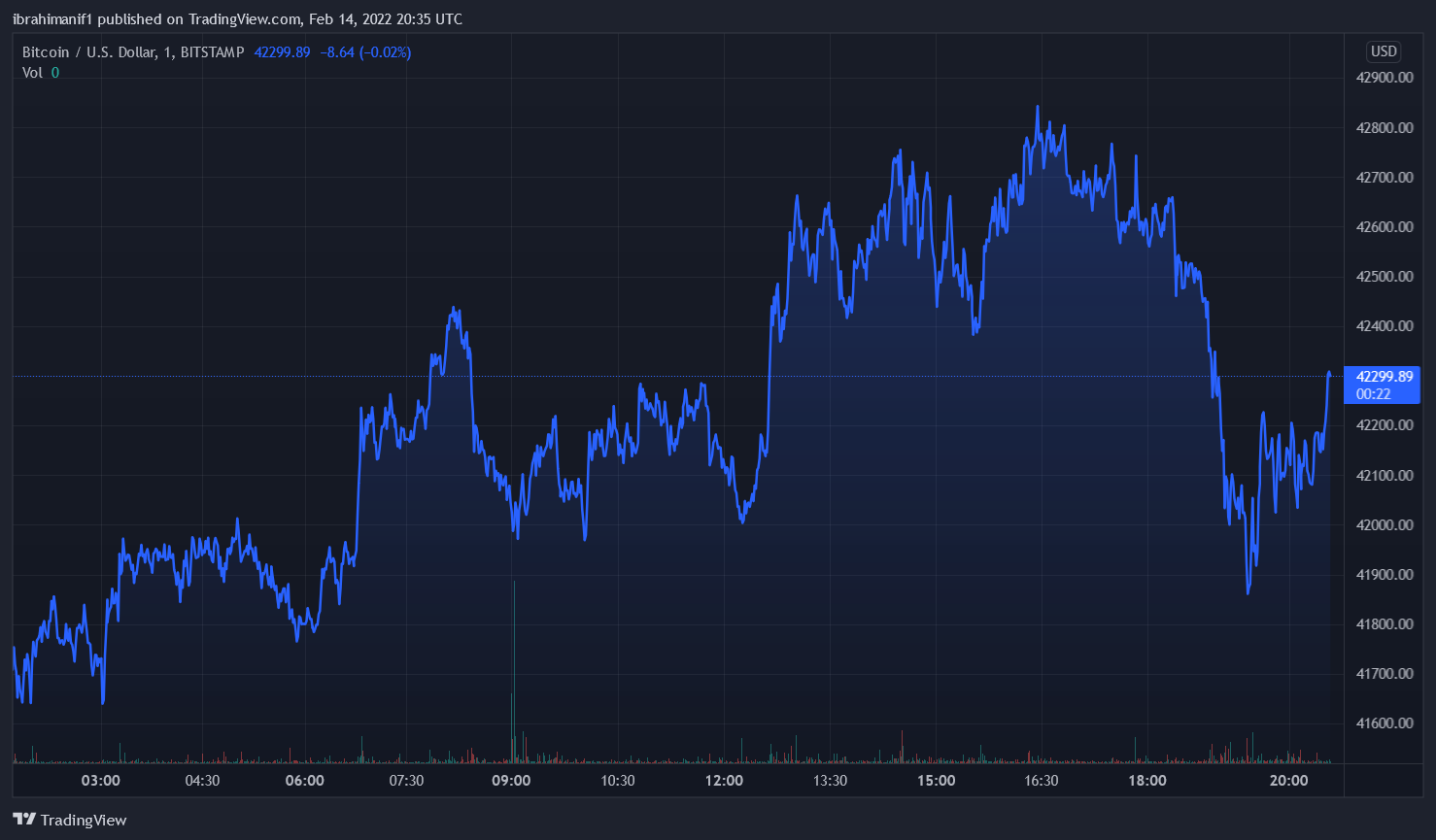 “Bitcoin is still just sitting in between support and resistance,” noted popular commentator Matthew Hyland on Monday, adding that he was “relaxing” in the face of recent price movements.

In the meantime, trader and analyst Rekt Capital highlighted BTC’s relative weakness when it comes to reclaiming support levels on a macro scale, despite the fact that support and resistance levels are near by.

He had previously identified two moving averages that needed to be reconfirmed as support in order for Bitcoin to reclaim its November high.

So far, Bitcoin’s network fundamentals have had a successful year, and this week is no different.

Hash rate charts, a measure of the processing power allocated to mining, soared to new all-time highs over the weekend.

While it’s hard to know the precise amount of hashing power on the Bitcoin network, hash rate estimates have been on the rise since the middle of last year, and the ecosystem only required a few months to fully recover from the impact of China’s forced miner relocation. . 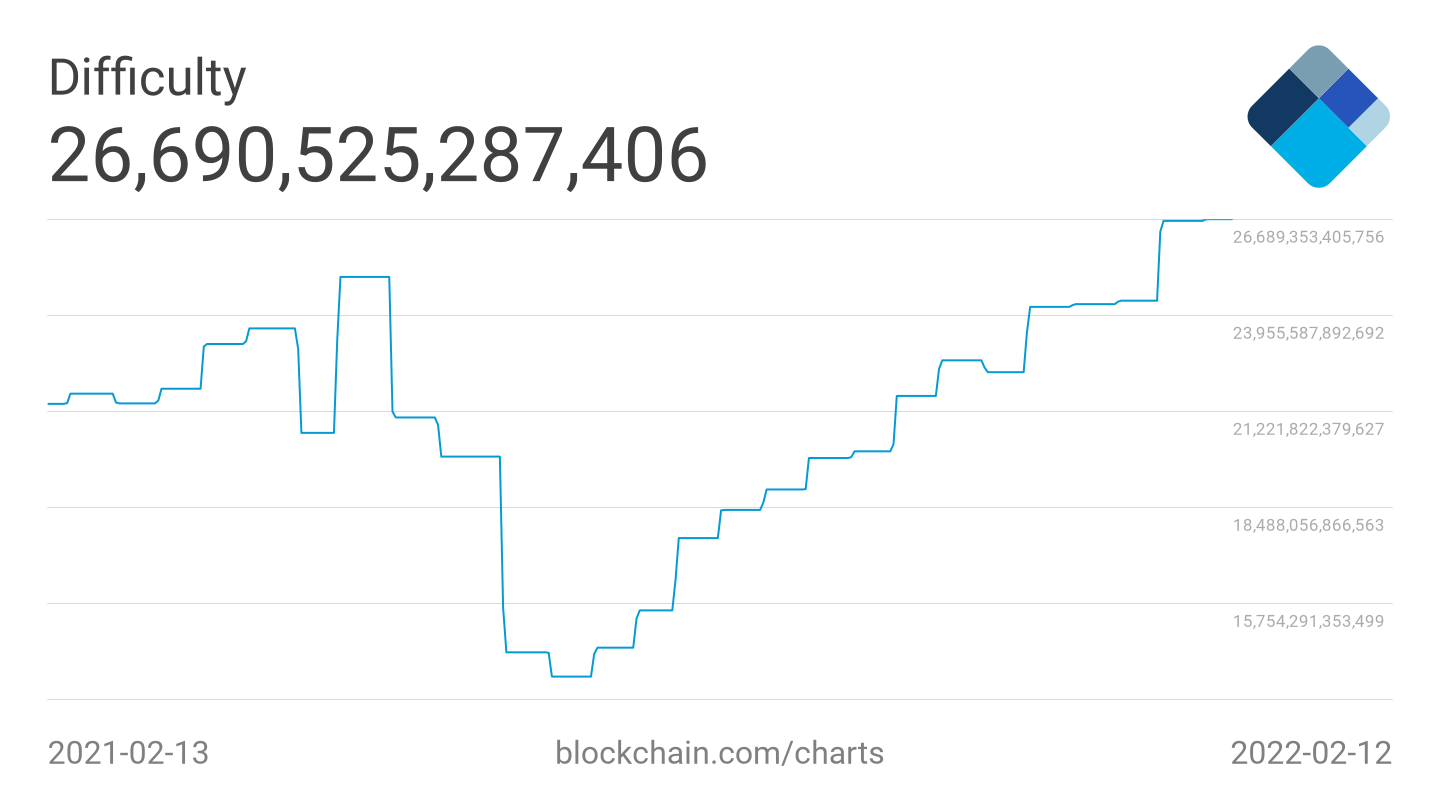 Now that the United States has taken the lead in mining, it looks that participants are in a race to the top.

The difficulty level was 26.69 trillion as of Monday, but the next automated adjustment will push it even higher – to over 27 trillion for the first time.

The modification will take effect in three days and will result in a 2.2% hike.

BTC / USD returned to $ 40,000 after a two-week hiatus, indicating that the latter days of January were particularly appealing to investors looking for a position.

BTC / USD has since dipped back into the zone that must be breached by high volumes to build a new directional base on the daily chart, after rebounding above $ 45,500 from January’s lows. Bitcoin is in a state of relative equilibrium, with clear resistance and support zones above and below.