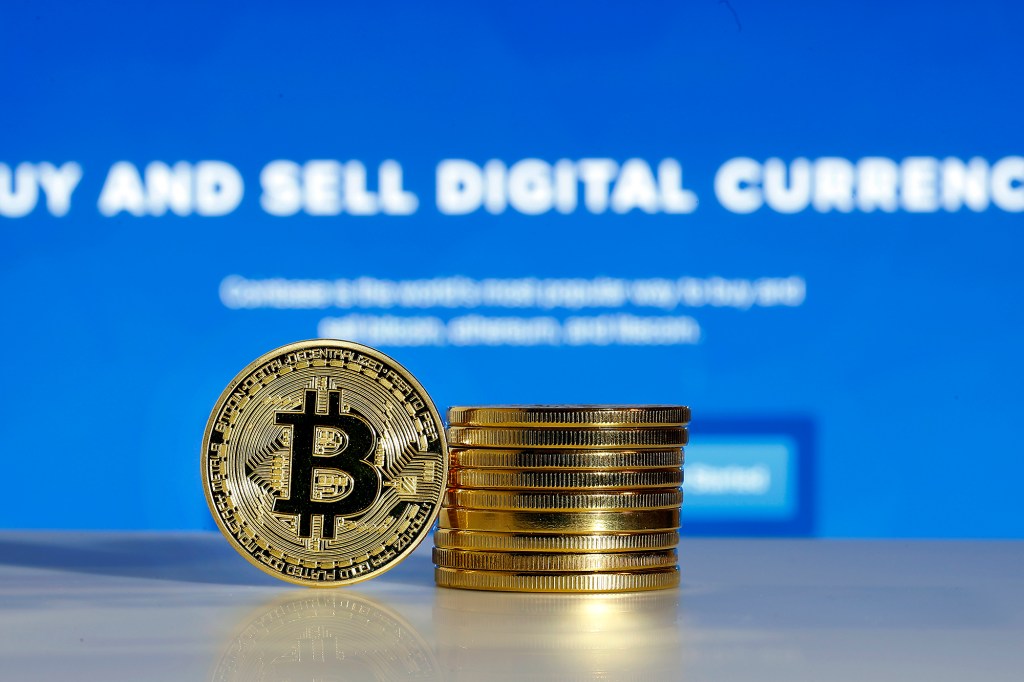 Bitcoin fell as much as 10% in trading on Monday, limiting losses of 20% over the past week and wiping out $ 1 trillion in the cryptocurrency market’s total value since November.

On its own, bitcoin has lost more than $ 600 billion in market value. The crypto market as a whole has suffered losses of more than $ 1 trillion – the second largest decline in the short history of digital currencies.

Crypto-adjacent stocks are also getting a hit from the market crash. Coinbase, the digital trading application, dropped by more than 9% in the early morning activities on Wall Street.

In early November, Coinbase reached a record high of $ 357 per share. On Monday, the share price was less than half at $ 174 – the lowest it has been since it began trading publicly in the spring of last year.

Other crypto-focused stocks such as digital coin mining companies Riot Blockchain and Marathon Digital were also hit with losses.

Cryptocurrency sales reflect those of other assets such as equities, as investors gird up for the Federal Reserve’s withdrawal of stimulus from the markets.

While bitcoin’s value declined, the tech-heavy Nasdaq Composite entered correctional territory this week as the expected withdrawal of Fed support from the pandemic era and rising inflation tormented U.S. markets.

“Unfortunately for some of the mature projects like BTC, there is so much cross-correlation within the crypto-asset class that there is almost a certainty that it will fall, at least temporarily, into a broader alt-currency valuation contraction.”