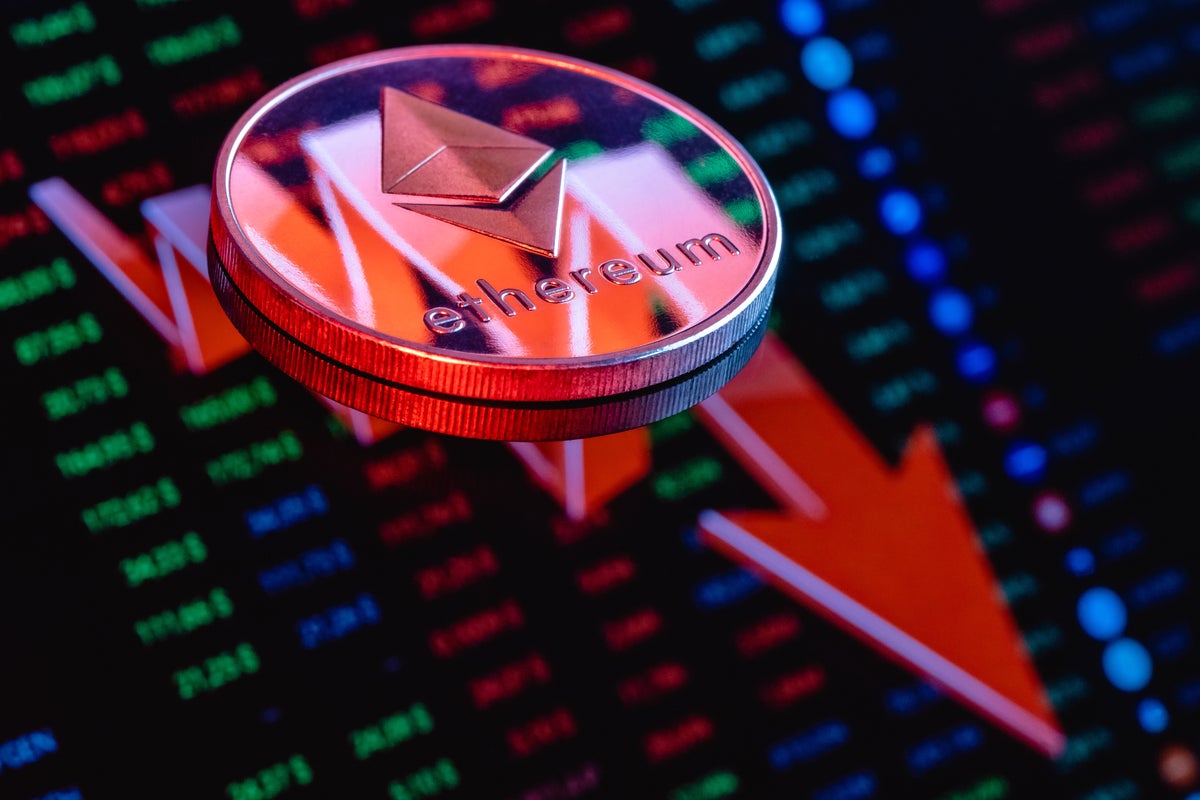 See Also: How To Get Free NFTs

Why It Matters: Ethereum tumbled and Bitcoin fell sharply after the US Federal Reserve issued the third consecutive 75 basis point interest rate increase on Wednesday.

Risk assets dropped sharply lower after the interest rate decision. The S&P 500 and Nasdaq closed 1.7% and 1.8% lower, respectively, on Wednesday. At the time of writing, US stock futures traded in the red.

The Fed delivered a third straight 75bp rate hike and signaled they expect the Federal funds rate to rise to 4.6% this cycle. The updated staff projections were a bit more hawkish than many expected. ”

However, taking stock of Powell’s comments that the FOMC is split between 100 and 125 bps rate hikes for the rest of the year, Moya said, “Peak tightening is almost here and that should be good news for risky assets.”

On the apex coin’s reaction, he said, “Bitcoin found support at the $ 18,800 level as Wall Street gains confidence they have a handle on how high the Fed will take rates.”

“Raising rates are negative for crypto because it means that it becomes more expensive to borrow because loan payments are larger and so it entices people to save more, which is what central banks want to clamp down on persistently high inflation,” said. GlobalBlock analyst Marcus Sotiriouin a note seen by Benzinga.

Cryptocurrency trader Michaël van de Poppe said the period between now and 2023 is “the period to accumulate” and said it was difficult to predict “moon or doom” for Bitcoin.

People are literally waiting for;

So, now #Bitcoin moon or doom?

We simply can not tell so fast after such an event; it requires some time.

Markets are pricing in the worst, but all I say is that now until 2023 is the period to accumulate.

Justin Bennett said that he expects the market to see some “initial” relief after the 75 basis points hike. The trader tweeted that time will tell what direction the apex coin takes.

There’s a chance we see BTC take out those long liqs at $ 18,600 first, but I do think markets would find some initial relief if we see a 75 bps hike.

As always, time will tell.

On the Ethereum side, Santiment said on Twitter that post the merge there has been a shift in large-address behavior. After the shift to proof-of-stake addresses holding 1,000 to 10,000 ETH has shed 2.24% of their cumulative holdings. Smaller holders – with addresses holding 100 to 1,000 ETH have dropped 1.4%, noted the market intelligence platform.

The #Ethereum #merge on 9/15 has brought on a shift in large address behavior. In the past 6 days since the shift to #proofofstakeaddresses holding 1k to 10k $ ETH have dropped 2.24% of their cumulative holdings. 100 to 1k addresses have dropped 1.41%. https://t.co/qdOVcdDjgC pic.twitter.com/fcFy8hTUGD

Read Next: Bitcoin Declines Below $ 19,000; Here Are The Top Crypto Movers For Wednesday