Avalanche Will Be the ‘Apple of the Blockchain World’: Ava Labs Exec 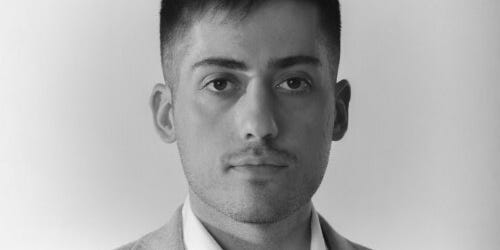 In 2010, 16-year-old Kevin Sekniqi saw a post on Reddit detailing a new peer-to-peer money called Bitcoin. He later began mining the cryptocurrency out of his childhood bedroom in Brooklyn, New York.

“It was early enough that I remember a time when I did not know where to even buy bitcoin,” Sekniqi told Insider, adding that it was worth only a few cents. “The only place you could buy it was from some guy on Craigslist.”

While working towards his Ph.D. at Cornell University in 2016, he worked on a research project that would later become Ava Labs – the developer behind layer-1 blockchain Avalanche – with Professor Emin Gün Sirer and fellow doctoral student Maofan “Ted” Yin.

Bitcoin, Sekniqi said, had its shortcomings and he wanted to build an open, permissionless system “from the ground up” in a “totally different way.”

“I was familiar enough with Bitcoin technology to know that it’s great in a lot of ways and faulty in a lot of other ways,” he said.

Avalanche is dubbed a likely competitor to Ethereum. Unlike the largest smart contract network, however, Avalanche fully operates on a

system, which lends itself to faster transaction speeds and lower gas fees. But Ethereum still has an overwhelming dominance in the multi-billion-dollar decentralized finance, or DeFi market.

The company is reportedly looking to raise $ 350 million at a $ 5.25 billion, according to a Bloomberg report from April 13, citing sources familiar with the matter. It announced a $ 230 million private token sale on September 16, led by crypto funds Three Arrows Capital and Polychain.

Ava Labs previously partnered with consulting giant Deloitte to use its blockchain as a way to streamline funding to the Federal Emergency Management Agency.

‘The Apple of the blockchain world’

While many see crypto as a speculative asset class, developers are investing in blockchain technology in a different way – by building DApps, or decentralized applications on their networks. This is how, Sekniqi said, Avalanche will become the “Apple of the blockchain world.”

The layer-1 distinguishes itself from competitors because it has the optionality to both build on its blockchain and provide existing infrastructure for builders to customize their own. After launching in September, Ava Labs said it could handle 4,500 transactions per second.

“We want to make this process completely seamless,” the 28-year-old exec said.

Popular DeFi projects like Chainlink, SushiSwap, and Aave have all built on Avalanche.

“Developers of these custom blockchains have complete control over the design, with the only requirement being to participate in securing the core platform,” John Wu, president of Ava Labs, previously told CNBC.

A competitor to the layer-1 includes Solana, which offers similar low transaction fees. In the coming months, Ethereum is slated to begin a series of upgrades on its network called “The Merge” or Eth2. This will cut the blockchain’s transaction time significantly, giving competitors, dubbed “Ethereum killers,” a run for their money.

There are no Ethereum killers, Ryan Wyatt, CEO of Polygon Studios, told Insider.

“Ethereum is here to stay. It’s going to be a critical layer-1 for the world,” the former Google executive said.

Avalanche’s native token, AVAX, experienced a steep price decline in tandem with broader markets. The token, which is the 12th largest by

is down 41.6% on the month, per crypto research firm Messari.

The token, however, had a brief bump in its price after crypto investment firm Valkyrie announced an Avalanche Trust for accredited investors to gain exposure to its ecosystem. As of May 4th, the fund has reportedly secured $ 25 million, according to Coindesk.