Altcoins to Buy As Gas Fees Subside, Price Forecast for BTC and ETH 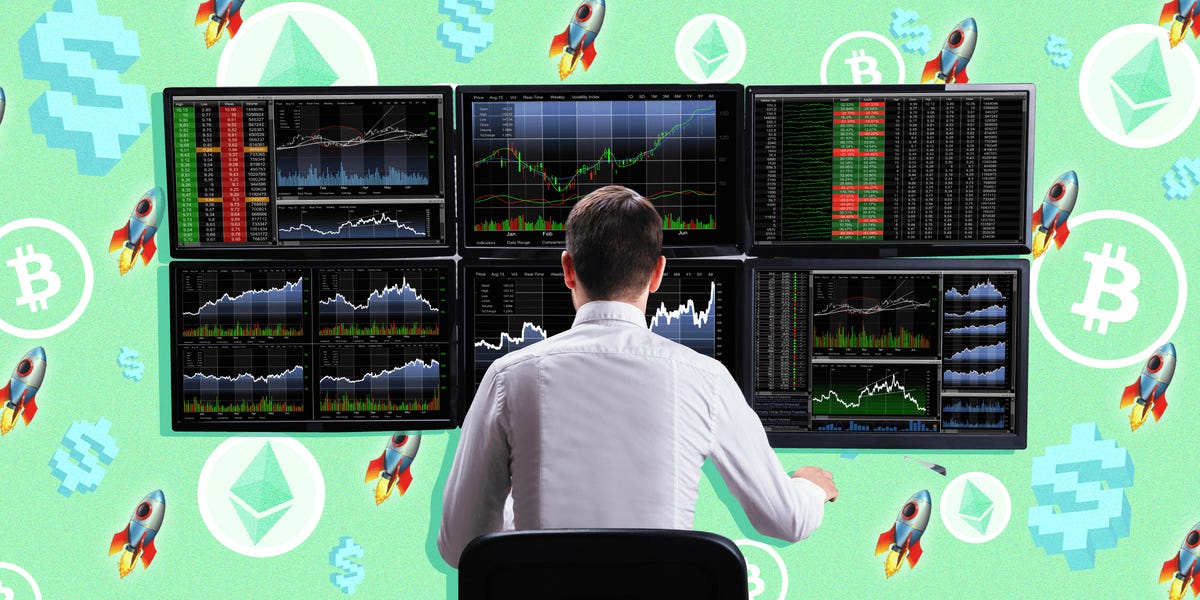 As a business analyst who has worked at the intersection of technology and finance on Wall Street since 1992, Alex Lemberg started using blockchain technology within banks as far back as 2011.

But it was not until he bought a few bitcoin at between $ 600 and $ 700 from a bitcoin ATM that the Wall Street veteran went down the crypto rabbit hole.

“I’ve always been a technologist at heart since I was a kid. So I bought a few of these things just to get me interested in learning,” Lemberg, who now serves as the chief executive of Nimbus, said in an interview.

Nimbus is a decentralized borrowing, lending, and staking firm with over 50,000 participants across 120 countries. The protocol currently has two tokens – the utility token NBU and the governance token GNBU.

Like many DeFi protocols, the firm offers investors attractive annual percentage yields of up to 40% via its strike platform, but Lemberg views the “extraordinary yields” in the decentralized finance space as “a double-edged sword.”

For example, in yield farming, investors with a small amount of capital may be able to generate 40% APY with no problem, but an institutional investor with $ 5 billion to deploy would see the yield drop to as low as 3%, Lemberg said.

“Yield farming is going to literally just be moving up

from one DeFi platform to another, driving yield, then moving it away, “he said.” I think that’s going to create

and risk that’s going to be absurd, so I’m not crazy about it. “

Lemberg said he will continue to support Nimbus’ yield-based products, but bringing alternative assets on-chain is likely to be the firm’s future growth engine.

Despite being “the holy grail in the financial and institutional space for decades,” alternative assets have faced barriers to heavy investor adoption due to the lack of liquidity, fractional ownership, and price discovery, in his view.

“All the barriers and inefficiencies that this massive asset class, unfortunately, has to live with in the traditional finance or auction-based world,” he said, “with Nimbus, we are going to change all of that in the next few months. “

Crypto winter as unlikely as chills in Miami

After peaking at about $ 69,000 in November, bitcoin has had a sharp drawdown, dipping to a six-month low of $ 32,990 in January, according to research firm CryptoCompare.

Despite a recent rebound in token prices, some analysts are bracing for more volatility and pain to befall digital assets as the

The way Lemberg sees it, talks of a crypto winter, which is characterized by a sudden plunge in value followed by a protracted period of depressed prices, are “absurd.”

“The crypto space has as much of a chance as having a winter as Miami does for the next 12 months,” he said.

The key to his argument is that the crypto market is still “infinitesimally tiny.” With the global crypto

sitting at $ 1.93 trillion as of Friday afternoon, the entire industry is smaller than the market value of Apple (AAPL) and close to that of Amazon (AMZN).

While institutions of all stripes have announced or indicated their intentions to get into crypto, many have yet to deploy their capital due to the limited number of blue-chip digital assets to invest in and the lack of regulatory clarity.

On the other hand, many crypto-rich companies have taken speeding up the adoption of digital assets into their own hands. Lemberg points to crypto exchange Binance’s $ 200 million investment in media outlet Forbes as an example.

Lemberg expects to see “exponential” growth in the crypto space year over year. Despite the hawkish macro backdrop, he thinks that the combination of institutional investment in and technological adoption of crypto will likely fuel the two largest cryptocurrencies to double from their current levels this year. Bitcoin and ethereum were trading at around $ 42,800 and $ 3,000, respectively, as of early Friday afternoon.

Lemberg likes tokens with strong utility value, which means that the protocol is not only being heavily used but also provides various use cases.

In his view, layer-one protocols will continue to “pop up” this year. He likes the strong contenders in the sector, including solana (SOL), avalanche (AVAX), polkadot (DOT), land (LUNA), and cardano (ADA).

After a year of breakneck growth, the tokens of these smart-contract platforms have pulled back amid the broad-based market rout. Solana took the sharpest monthly fall, decreasing 41.4% to $ 99.5 at the end of January, according to CryptoCompare.

But Lemberg is positive on these platforms because they provide a solution to what he views as “the biggest detractor that has been horrifically stunting the growth of the industry” – sky-high gas fees on the ethereum blockchain.

“Innovations and utility coming out around being able to transact on the blockchain with a more reasonable gas fee environment are only going to literally put rocket fuel into this rocket,” he said.