A Beginners Guide To Altcoins 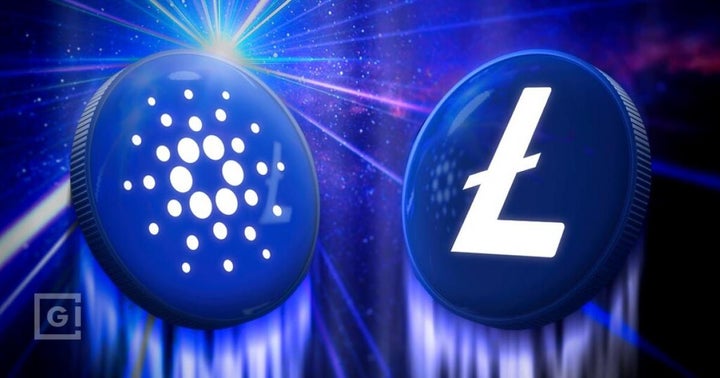 This article was originally published on Gokhshtein Media and appears here with permission.

If you’re new to cryptocurrency, you probably already have many questions. I know I did. At the beginning of my crypto adventure, I was mainly confused about the types of coins and their functions, especially altcoins. I also did not know where or how to invest my money.

Through research and mentoring, I’ve expanded my knowledge on all-things crypto and made it my mission to help others like me. That’s why I’ve created a beginner’s guide to altcoins with general information to help you form an opinion and strategy.

What is an Altcoin, and How are They Different From Bitcoin?

By definition, altcoins are “alternative” cryptocurrencies to Bitcoin (CRYPTO: BTC) (also, in some instances, coins other than Ether (CRYPTO: ETH)). Altcoins distinguish themselves from Bitcoin by extending their capabilities and bridging the gap of Bitcoin’s perceived shortcomings. BUT, altcoins use Bitcoin as a benchmark since it was the first dominating coin in the market. Although altcoins have the same premise as Bitcoin (to use the blockchain as an incorruptible public ledger with legitimate transactions), altcoins have taken this model and molded it to achieve different goals and dissolve limitations.

How Many Altcoins Exist?

According to Statista, there are nearly 6,000 altcoins as of last year (2021). This was an extreme increase from just a handful of altcoins that existed in 2013. Although there are many altcoins, many of these cryptocurrencies are not considered significant due to the highly open and accessible creation process of cryptocurrency, making it easy to create a coin.

Are There Multiple Types of Altcoins?

Yes. There are multiple types of altcoins, such as mining-based crypto, stablecoins, tokens, forks, and native cryptocurrencies, which all vary in definition, origin, and function. Also, not all altcoins are valued the same– some cost pennies while others are hundreds of dollars. As for operation, some altcoins use a different consensus mechanism to produce blocks or validate transactions. Some distinguish themselves from Bitcoin by providing new or additional capabilities, such as smart contracts or low price volatility.

Crypto mining is how new units of digital currency are created. You’re mining them based purely on speculation. For example, you may look to mine Dogecoin (CRYPTO: DOGE) in hopes that the future value will increase. Most mining-based altcoins use proof of work (PoW), in which systems generate new coins by solving problems and creating blocks. Litecoin (CRYPTO: LTC), Monero (CRYPTO: XMR), and ZCash (CRYPTO: ZEC) are examples of mining-based Altcoins.

The primary use for a stablecoin is facilitating trades on exchange platforms. So, instead of buying Bitcoin directly with fiat (like the US dollar), traders exchange fiat for a stablecoin and then use that for another cryptocurrency like Bitcoin. Stablecoins were developed to offer the advantages of blockchain technology without price volatility. A great example of a stablecoin is Tether, the largest stablecoin by market capitalization, tied to the US dollar. One Tether will always equal one US dollar.

As the name suggests, these coins are inspired by a joke or meme or created as a parody of other well-known cryptocurrencies. They typically gain popularity in a short amount of time due to internet hype and are short-lived, making them very volatile. The primary use of meme coins is for crypto influencers and retail investors to exploit short-term gains. The most well-known example is Elon Musk and Dogecoin.

A token is a unit of value that operates on an existing blockchain and is used for specific purposes. You can think of these as using tokens in an old-school arcade. For example, you exchange US dollars for tokens to operate the games. Chainlink (CRYPTO: LINK) is an example of a platform that is built on top of the Ethereum blockchain and is used to convert real-world data into a blockchain-friendly format that can be read by smart contracts.

The LINK token associated with Chainlink is used to pay for Chainlink’s services. So, if an investor believes that the demand for smart-contract services is going to rise, they may buy LINK. Other token examples include Security and Utility Tokens.

Security Tokens are portable devices that authenticate users’ identities by using personal information. It sounds daunting, but it is essentially a digital form of traditional security. Examples of security tokens include USB tokens that plug into ports, Bluetooth tokens, electronic key fobs, etc. A Utility Token is a particular type of token that helps in capitalizing or financing projects for startups, companies, or other professional groups. They are generally unregulated and help create an internal economy within the blockchain of a specific task. Examples of utility tokens include the “Basic Attention Token” and “The Golem Token.” In the real world, gift cards and public transportation tickets are also examples.

In a crypto blockchain, groups of recorded transactions, also known as the public ledger, are organized into blocks. Each block is connected to the next. For a new block to be appended into the chain, all previous transitions in the block must be verified with a consensus that everything is “right” within the chain. A consensus is required for the list of transactions and rules that govern the blockchain network. When a group decides to change the rules, it can validate a split in the chain. This split is known as a fork.

A fork creates a new chain in which transactions are logged under the new rules agreed upon by those who validate the fork. Meanwhile, the other “prong” of the fork continues the chain as usual. Forks repeatedly happen, creating new protocols and evolving cryptocurrencies all the while. An example of a fork would be Bitcoin Cash. Bitcoin Cash originated from the original Bitcoin blockchain. Dogecoin is a fork of Luckycoin, a fork of Litecoin, which was a fork of Bitcoin.

What to Consider Before Buying Altcoins

Like any other aspect of investing, take the time to read through what the organization is trying to accomplish through this altcoin. Here are some questions you can ask yourself.